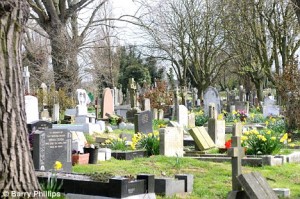 It could hardly be said to be the most dignified of send-offs.

Undertakers in Belgium plan to eschew traditional burials and cremations and start dissolving corpses instead. The move is intended to tackle a lack of burial space and environmental concerns as 573lbs of carbon dioxide are released by each cremated corpse.

Under the process, known as resomation, bodies are treated in a steel chamber with potassium hydroxide at high pressure and a temperature of 180c (350f).