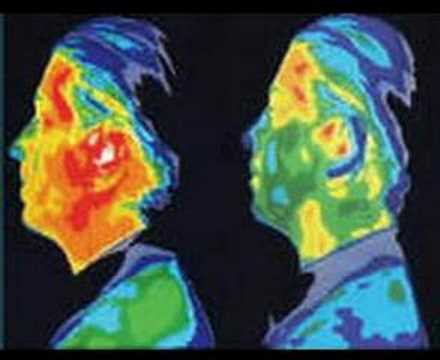 Most people are familiar with type-1 diabetes and type-2 diabetes, but did you know researchers have discovered a third type of diabetes? Type-3 diabetes, as they are calling it, affects people who are extra sensitive to electrical devices that emit “dirty” electricity.

Dr. Magda Havas, a PhD from Trent University in Canada, recently published the results of a study she conducted on the relationship between electromagnetic fields and diabetes in Electromagnetic Biology and Medicine. In it, she explains how she and her team came to discover this about why electropollution is so dangerous for many people.

One of the most interesting finding in her study was that electro-sensitive people whose blood sugar decreases when they go for a walk outdoors actually experience an increase in blood sugar when walking on a treadmill.

Dirty electricity is bad for everyone, but it is especially bad for people who are type-3 diabetics. And Dr. Havas explains in her study that even having an electrical device plugged into the wall near someone who is type-3 diabetic can cause them problems.

We have to rethink environmental influences of modern living

I find this research fascinating, not only because it proves that electromagnetic waves impact blood sugar and heart rate, but because there could be thousands, if not millions, of diabetics who may be suffering from a diabetes misdiagnosis right now.

The reason I’m bringing this up is because a 54 year-old pre-diabetic man who participated in the study was found to experience serious blood sugar spikes only when he was working in an urban environment around power lines or on his computer. When he was out camping away from the city, his blood sugar was just fine.

The man tested his blood sugar every morning in different situations and his levels were always higher when electrical fields were nearby. On one of the mornings, he forgot to test himself prior to beginning work on the computer. His blood sugar levels were higher than normal, registering around 205 milligrams per deciliter (mg/dL). But after stepping away from the computer for only ten minutes, his levels dropped nearly 20 mg/dL.

The degree to which electromagnetic pollution affects the body is clearly quite astonishing, and this study illustrates that. But it makes you wonder how many people have diabetes simply because of EMF pollution (and not solely due to their diet or lack of exercise, as we have been taught).

Take the case of the 80 year-old woman whose house tested high for EMF pollution. Prior to installing a system of filters around her house designed to reduce “electro-smog” levels, her blood sugar was high and she was using insulin each day in order to balance her blood sugar levels. After installing the filters (which reduced EMF pollution by roughly 98 percent), the woman’s blood sugar levels dropped by 33 percent and her insulin requirements plunged a whopping 75 percent!

This idea that reducing the electropollution of your house could drastically reduce a patient’s need for insulin has never even registered in conventional (mainstream) medicine. Yet it could be a crucial understanding for tens of millions of diabetics around the world.

And since pre-diabetics can be pushed over the edge by EMF pollution, there is no telling how many people actually have type-3 rather than type-2 diabetes.

If you ask most mainstream medical “professionals”, they will deny that type-3 diabetes even exists. According to most of them, the idea that electromagnetic pollution contributes to disease is some sort of whacked out conspiracy theory. But there’s more to the study that you need to know…

Wireless signals interfere with the heart

For one portion of the study, Dr. Havas had patients lie down on a bed with a cordless phone placed two feet away from their heads. The phone was plugged into the wall, but for each testing session, the electricity was either on or off.

Neither the patient nor the doctor administering the test was aware of whether or not the phone was live or dead during each session. (This is what is known as a double-blind study, the type most respected in clinical trials).

At the completion of that part of the study, researchers observed that EMF-sensitive patients experienced significant increases in their heart rates during the sessions when the phone was being powered and emitting radio signals. When it was turned off, these same patients returned back to their normal heart rates almost instantaneously.

Why is this important? First of all, a double-blind study is the litmus test used in the medical profession to verify that a study is legitimate. Since nobody involved knew when the power was on or off, the results are completely unbiased and hold a lot more sway than if it had been conducted a different way.

Secondly, it illustrates that EMF pollution really does speed up the heart rates of certain people. And since a rapid pulse is one of the many symptoms of diabetes, it seems reasonable to suspect that EMF pollution could be a fundamental cause of diabetic symptoms for a significant portion of the diabetic population.

This makes you wonder about the harm caused by mammograms, CT scans and other medical scanning technologies that blast the body with electromagnetic radiation, doesn’t it?

Electromagnetic radiation leads to many diseases, including cancer

Our bodies are constantly barraged by electromagnetic radiation from numerous electronic sources, and most people don’t think twice about this high level of exposure (probably because many don’t even realize it’s there), but the truth is that all this EMF pollution is leading to widespread illness.

Most of the recent research on EMF pollution has focused on cell phones, which makes sense because people take their cell phones with them everywhere they go and when they use them, they often hold them right next to their skulls. Cell phone radiation is probably one of the most dangerous EMF polluters because the devices remain in very close contact with the body for long periods of time.

Of course, many in the medical establishment simply deny that electro-smog has anything to do with health or disease. And it doesn’t matter how many studies are conducted on the matter; many continue to insist that there is not enough evidence that EMFs cause any harm.

Not everyone feels this way, of course, but sadly most of today’s experts seem unable (or unwilling) to put two and two together and make the connection between electromagnetic pollution and disease.

There are many contributors to disease in our environment. EMFs represent just one. But to deny that electromagnetic pollution is harmful is quite narrow minded. Dr. Havas’ study provides more than enough evidence that at least some people are suffering because of the electrical devices that surround them.

Our world, of course, is full of electromagnetic devices — and some of them may surprise you. A typical hair dryer, for example, emits an explosion of electromagnetic radiation that’s usually aimed right at the skull. Typical office environments shower employees with electropollution from fluorescent lighting, and even exercise gyms can subject visitors to a dense field of electromagnetic pollution (from all the electronic exercise machines).

It all gives credence to the idea of getting into nature more often, doesn’t it? If you’re sensitive to electropollution, the farther away you get from the city, the better you’ll feel. No wonder most people innately gravitate to such natural environments like forests, lakes and ocean beaches.

So, does all this research mean we should all get rid of our phones and computers and return to the pre-information age? You could always join an Amish community. They’re remarkably healthy, and part of that may be due to their lack of electropollution.

But for mainstream people, a more practical solution is to install some EMF filters around your home.

Some solutions for electromagnetic pollution

As mentioned in the study, home EMF filters are one of the best ways to reduce or eliminate the stray electrical signals that plague your house. These filters will capture electrical “noise” from things like televisions, computers and phones, and return it back into the line or into the ground. These can be connected to the outlets where these devices are plugged in.

Keeping Wi-Fi devices like cell phones and wireless routers away from your body as much as possible is another good idea. If you have a wireless router at home, place it away from areas where people sleep or spend a lot of time. Even having it just a few feet farther away can make a big difference in a reduction of the electropollution exposure from it.

When charging your cell phone, plug it in across the room from you. Especially at night when you are sleeping, it is best to turn off as many electrical devices as possible and to keep them away from your bed when sleeping. And beware of electric blankets: They produce a very strong electromagnetic field.

Try to use the speakerphone as much as possible when talking on the phone, or use an “air-tube” device that stops the signal short before it reaches your head. Never walk around with an idle bluetooth attached to your head, because these devices deliver a steady stream of EMF radiation directly into your head. I would recommend not using one at all, but if you do use one, take it off when not in use.

It’s also a good idea to keep your phone in your pocket or purse only when necessary, and to keep it away from your body at all other times. Cell phones are intermittently communicating with network towers, so the closer they are to our bodies, the more radiation we are exposed to. So if you’re not going to be using it for a while, just turn it off.

Finally, it is crucial to maintain a healthy diet and get plenty of outdoor exercise. Eating lots of nutrient-rich foods, drinking plenty of clean water, and minimizing intake of toxic preservatives, food additives, and refined sugars will do wonders to build a strong and vibrant neurological system that will resist some of the impact of electromagnetic pollution.

The reason I mention outdoor exercise is because, just like in the study, certain indoor exercise equipment like treadmills can actually cause more harm than good (for certain people). So go outside and take a walk or a jog. The sunshine will boost your vitamin D levels and the fresh air will help rejuvenate your system. (Just be sure to stay away from the power lines.)