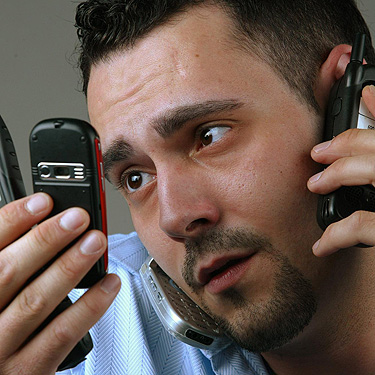 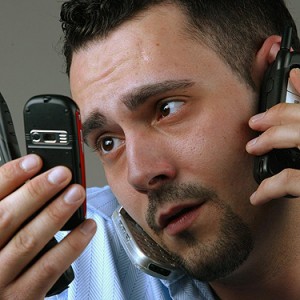 A growing body of evidence, dating back to the 1960s, suggests that brain tumors may be only one of the many health problems produced by our new wireless society will produce.

Cell-phone technology “could lead to a health crisis similar to those caused by asbestos, smoking, and lead in petrol,” warned the European Union’s environmental watchdog agency in 2007.

The most ambitious attempt to catalog the health risks of cell phones to date is the industry-funded Inter-phone study, carried out by researchers from 13 different countries (not including the United States). Although the study has been criticized for selecting data in a way designed to play down the risks of cell phone use, it continues to turn up alarming findings nonetheless. Among the findings so far are a 40 percent increase in brain tumor risk among adults who use a cell phone for 10 years (especially on the side of the head where the phone is held); a 300 percent increased risk of acoustic nerve tumors; and an increased risk of tumors of the parotid gland. The risk of a brain tumor increases by 400 percent in people who start using a cell phone before the age of 20.

Other studies, mostly out of Europe, have linked mobile phone and personal digital assistant (PDA) use to DNA damage, sperm death, and brain damage including early-onset dementia. These findings regularly make big news in the international press, but are by and large played down in U.S. media.

The United States has a long history of hostility toward the claim that the microwave radiation used by microwave ovens, cell phones, cell phone towers and wireless internet (Wi-Fi) can be harmful to human health. U.S. law prohibits challenging the placement of cell phone towers on health grounds, and an industry group (the Institute of Electrical and Electronics Engineers) is highly influential in setting exposure standards.

The first research on the risks of microwave radiation was actually uncovered by a U.S. researcher, Allan Frey, in the 1960s. Frey discovered that “non-ionizing” electromagnetic radiation — previously thought to be harmless — could still produce biological effects. For example, radar waves can produce “sound” even in the absence of actual sound waves by interfering with the brain’s own electromagnetic signals. Frey found that microwaves could damage the organs of lab animals, even stopping their hearts completely.

Yet when Frey published a paper showing that microwave radiation could disrupt the functioning of the blood-brain barrier, the Office of Naval Research ordered him to conceal the work or lose funding. Pentagon-funded scientists claimed they had refuted his work, but refused to share any information on their data or methods.

Frey found that while the primary (or “carrier”) wave of microwave radiation can cause health problems, the secondary wave that carries the actual data — whether sound, text, pictures or other information transmitted via cell phones or Wi-Fi connections — is far more dangerous. The more data streams carried, the higher the danger.

Such concerns have led European governments to consider banning Wi-Fi in government facilities, and to the Austrian Medical Association’s call for a ban on Wi-Fi in schools. The national library of France has already removed all Wi-Fi connections due to health concerns.

In certain segments of the U.S. population, awareness is also growing. According to an anonymous investment banker speaking to a GQ reporter, rates of brain tumors among financial executives are shockingly high, a fact more and more people are attributing to constant cell phone use.

“I knew four or five people just at my firm who got tumors,” the banker said. “Each time, people ask the question. I hear it in the hallways.”

Click Here To Read The Full Report at NaturalNews.com