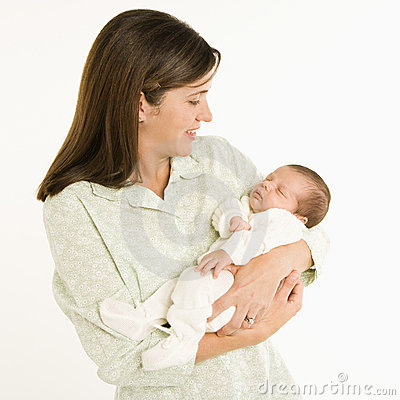 Researchers from the Norwegian University of Science and Technology (NTNU) recently conducted a study on the effects of probiotic supplementation during pregnancy. The team found that mothers who drank probiotic-supplemented milk during their pregnancies cut their children’s risk of developing eczema by 40 percent.
The study is part of a larger Norwegian research project being conducted by the university called “Prevention of Allergy Among Children in Trondheim”, or PACT. In this particular study, women were given either milk with probiotics or milk with a placebo, beginning at week 36 of their pregnancies. Neither group knew which formula they were drinking. Researchers evaluated the women and their children from pregnancy until the children were two years old before presenting their findings.

“The taste of both products was similar, and the milk was delivered in unmarked milk cartons. This means that neither the participants in the study or the researchers knew who had received probiotic milk or placebo milk,” explained Torbjorn Oien, one of the study researchers. “We can therefore say with great certainty that it was the probiotic bacteria alone that caused the difference in the incidence of eczema between the two groups.”

Probiotics have been studied quite heavily in recent years, and science continues to discover the many health-promoting benefits of this beneficial bacteria.

“Probiotic bacteria favorably alter the intestinal microflora balance, inhibit the growth of harmful bacteria (like Candida albicans, or “yeast”), promote good digestion, boost immune function, and increase resistance to infection. Probiotics also contain enzymes that help break down and digest dairy products like lactose in milk,” explains Jonny Bowden, Ph.D., C.N.S., in his book The Most Effective Natural Cures on Earth: The Surprising, Unbiased Truth about What Treatments Work and Why.

The Norwegian study is the first to identify a definitive link between probiotics and eczema prevention, particularly as the effects are passed down from mother to child. The team plans to conduct a follow-up study to evaluate the preventative effect of probiotics on allergies like asthma as well.