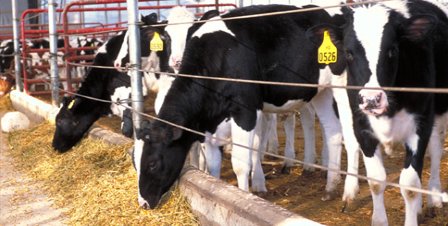 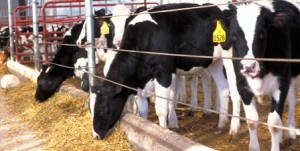 The FDA continues to allow use of a dangerous livestock drug banned in 160 countries, including across Europe, China and Taiwan, even though the agency itself admits that the chemical is highly toxic to humans.

The drug in question is known as ractopamine, and it increases the body’s synthesis of protein — thereby causing animals to bulk up and yield more meat. Ractopamine is in the family of drugs known as beta-agonists, which contains many asthma drugs.

Yet ractopamine is so dangerous to human health that the FDA requires it to be labeled, “Not for use in humans. Individuals with cardiovascular disease should exercise special caution to avoid exposure. Use protective clothing, impervious gloves, protective eye wear, and a NIOSH-approved dust mask.”

Nevertheless, three different variants of the drug have been approved for use in U.S. livestock immediately prior to slaughter. This is the exact opposite of the rules relating to other livestock drugs, such as antibiotics and hormones, which must be stopped as slaughter nears.

Research has shown that up to 20 percent of ractopamine given to an animal remains active in its meat after slaughter. More than 1,700 people were poisoned after eating ractopamine-fed pigs in 1998, according to the Sichuan Pork Trade Chamber of Commerce.

Also of concern is the implications of “adding these drugs to waterways or well water supplies–via contaminated animal feed and manure runoff — when this class of drugs is so important in treating children with asthma,” said David Wallinga, MD, of the Institute for Agriculture and Trade Policy.

Ractopamine is sold under three brand names, all made by the same company: Paylean, Optaflexx and Tomax. Paylean is fed to pigs for the last 28 days of their lives, Optaflexx to cattle for the last 28 to 42, and Tomax to turkeys for the last 7 to 14. According to manufacturer Elanco Animal Health (a division of Eli Lilly), fully 45 percent of U.S. pigs and 30 percent of non-grass-fed cattle receive some form of ractopamine.

Elanco was also the maker of Stilbosol, also known as diethylstilbestrol or DES, an estrogen drug widely prescribed to pregnant women starting in the 1940s. In 1971, the drug was shown to cause birth defects, but the company did not cease production until 1997.

“Like rBST, ractopamine increases profits despite greater livestock death and disability,” she writes.

“Like rBST, food consumers are metabolic, neurological and carcinogen guinea pigs so that agribusiness can make a profit. And like rBST, ‘Mothers Of Growing Children’ was not marked as a visiting group on the Food Safety and Inspection Service’s public calendar next to the ag lobbyists.”

A full one-third of all Food Safety and Inspection Service meetings in January 2009 took place with Elanco lobbyists.

U.S. farmers have complained that ractopamine induces hyperactivity, muscle damage and even a 10 percent death rate in their pigs and cattle, a concern confirmed by a 2003 study published in the Journal of Animal Science.

The FDA even acknowledged these effects in 2002, when it accused Elanco of concealing data from the agency. It referenced complaints such as, “animals are down and shaking,” and “pig vomiting after eating feed with Paylean.”

“Our representatives requested a complete and accurate list of all your [Good Laboratory Practices] studies involving Paylean … . In response, your firm supplied to our representatives multiple lists which differed in the names of the studies and their status. In addition, your firm could not locate or identify documents pertaining to some of the studies,” the FDA’s Division of Compliance director wrote.

Yet none of this stopped the agency from approving the drug in 2003 for cattle, and then again for turkeys in 2009.