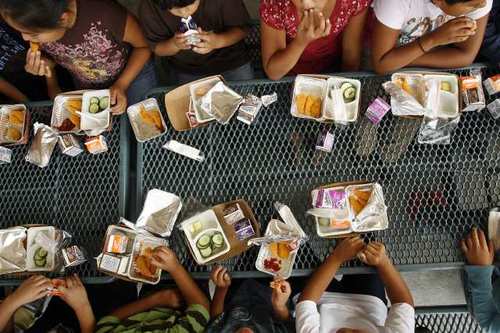 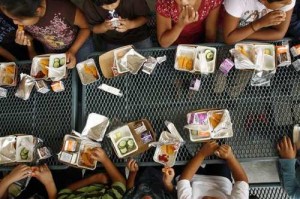 The Mexican government is moving forward with plans to ban all junk foods from public school by the start of the coming school year, officials have announced.

“The kids are going to complain, of course,” said education minister Alonso Lujambio. “We are going to start a profound cultural change.”

In January, President Felipe Calderon launched a major anti-obesity campaign, and government officials have regularly referred to Mexican children as the world’s fattest. While the merits of this specific claim are open to dispute, it is well confirmed that obesity rates in Mexico are rapidly approaching those of its northern neighbor, and that 4.5 million children between the ages of five and 11 — 26 percent — are already overweight or obese.

According to health minister Jose Angel Cordoba, fruit and vegetable consumption has dropped 40 percent in the last 15 years, while consumption of sweetened beverages has increased 50 percent. In addition, runaway urbanization is blamed for destroying open spaces and thus leading to a drop in physical activity.

Under the new rules, schools will be bared from serving or selling sugary sodas, juices or processed snacks, including local favorites such as tamarind candies. Unhealthy less-processed foods to be banned include pork rinds, atole (a sweetened corn starch-based beverage), fried tacos and tortas (sandwiches). Some exceptions will be made for healthier versions, such as tortas made from beans, avocado and cheese, or chicken and vegetables. All tacos, burritos and salads must be low in fat.

While the law does not target the off-campus vendors who gather at school gates at the end of the day, Lujambio said the government will soon initiate programs designed to improve the nutritional content of their foods as well.

The guidelines will apply to all 220,000 public and private elementary and middle schools in the country. Before taking effect, they must be approved by experts and a review committee.