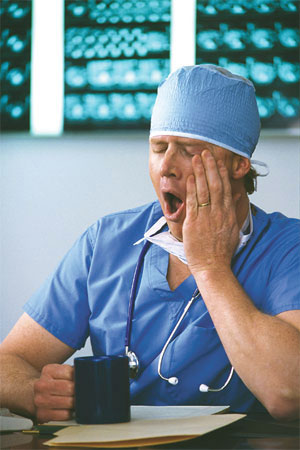 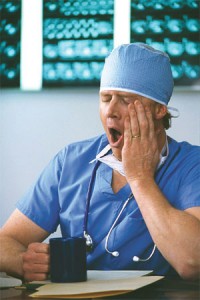 If you plan on going to a teaching hospital for a test or elective procedure, here’s a warning that could save your life: Stay away from the hospital in July. The reason? According to a new study headed by Dr. David Phillips and Gwendolyn Barker from the University of California, San Diego, fatal medication errors soar that month — especially in teaching hospitals.

The research team investigated the cause behind the so-called curious “July Effect” that has long been noted to worsen the outcomes of patients being treated in teaching hospitals during the month of July. Phillips and Barker focused on 244,388 U.S. death certificates issued between 1979 and 2006 that listed fatal medication errors as the primary cause of death. Then they compared the number of deaths that occurred in July with the number of expected events in a given month for a given year. Next, they looked to see if there were any differences between deaths in and out of hospitals in July and in counties that had or lacked teaching hospitals.

The research, which was just published in the Journal of General Internal Medicine, found a clear association between inexperienced physicians and deadly medical errors. Specifically, the spike in hospital deaths each year from medication mistakes (such as accidental overdoses, wrong drugs given, and accidents in the use of drugs during medical and surgical procedures) in July coincided exactly with the annual influx of thousands of rookie doctors who begin their medical residencies and take on responsibility for patient care that month.

This July peak in fatal drug errors was seen only in counties with teaching hospitals. In fact, the greater the concentration of teaching hospitals in a region, the greater the July spike in deaths. This was no little insignificant blip in the number of fatal physician screw-ups, either. The number of July deaths from medication mistakes linked to new doctors was a full 10 percent higher than the expected level.

“Our findings provide fresh evidence for 1. re-evaluating responsibilities assigned to new residents; 2. increasing supervision of new residents; 3. increasing education concerned with medication safety,” the authors of the study concluded. “Incorporating these changes might reduce both fatal and non-fatal medication errors and thereby reduce the substantial costs associated with these errors.”