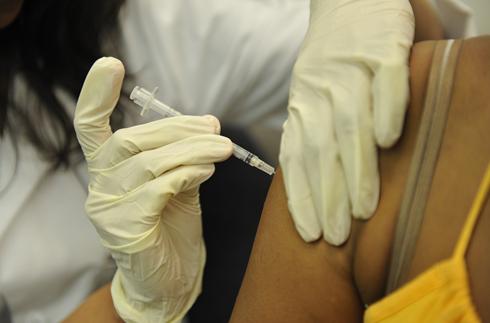 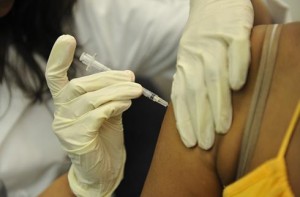 The American Academy of Pediatrics plans to call for all health workers to get flu vaccinations, saying unvaccinated doctors, nurses and other medical staffers pose a threat to patients.

The academy, which represents 60,000 pediatricians, is the latest of several organizations that now back mandatory flu shots for health workers. The groups include the National Patient Safety Foundation, the Infectious Diseases Society of America and the Society of Healthcare Epidemiologists.

FLU VACCINE: Available free to many this year
“They’re all unanimously saying this is a patient-safety issue,” says Gregory Poland, director of the Mayo Clinic’s vaccine research group, who helped draft the position adopted jointly by the infectious-disease experts and health care epidemiologists.

The new push to make flu shots compulsory for health workers was prompted by low vaccination rates during last year’s swine flu pandemic, Poland says. It probably will bring to a head a debate that has festered for more than a decade, he says.

More than 23,600 people die of flu each year and roughly 200,000 are hospitalized, the U.S. Centers for Disease Control and Prevention reports. Flu typically takes its greatest toll among children younger than 2 and people 65 and older. Pregnant women and patients with chronic diseases are especially vulnerable, doctors say.

Last January, a CDC survey found that just 37% of health care workers received swine flu vaccine and 35% received both seasonal and swine flu shots. On average, flu vaccination rates hover under 50%. “Nurses have the lowest rates of all, and they’re the ones who have the most contact with patients,” says Poland, who says he based his conclusion on a comprehensive survey of medical literature.

The pediatrics academy statement, to be released Monday, cites a study published in 2000 of a flu outbreak in a newborn intensive care unit in which 19 of 54 infants were infected with flu by “health-care-associated transmission.” Six infants got sick and one died. A survey found that only 15% of health workers who responded got their flu shots. An outbreak in a bone marrow transplant unit cost two patients their lives, the statement says. Only 12% of the staff were vaccinated.

The authority to require vaccination lies with hospitals and health plans, says Thomas Talbot, chief of epidemiology at Vanderbilt. “I can’t get re-credentialed without showing I’m immune to measles, mumps, rubella and chickenpox,” Talbot says. Yet Vanderbilt does not yet require flu shots. “We’ve looked at flu and pertussis and have not added them as a requirement. But I’m hopeful.”

Nancy Hughes of the American Nurses Association says her organization also believes all registered nurses should get flu shots. But the nursing organization has steadfastly opposed mandatory vaccine, a policy to be reviewed today by its board of directors. “There may be a change of policy, there may not be,” Hughes says. “We’re very concerned about seasonal influenza. We don’t want to see a nurse infected either.”