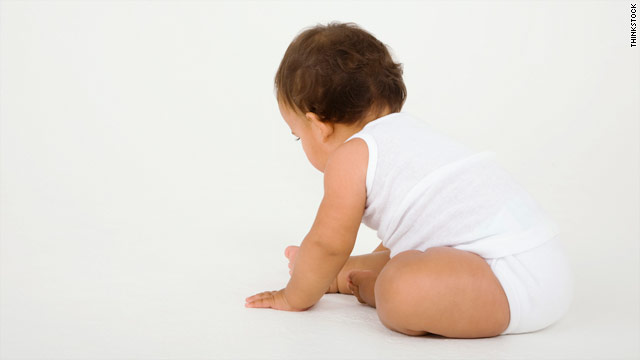 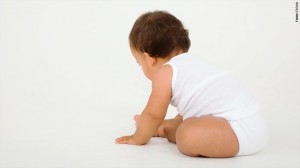 On playgrounds and at playdates, it’s hard to have a conversation about childhood immunizations without the word autism popping up. In fact, a recent study published in the journal Pediatrics showed that one in four parents is concerned that vaccines can cause autism.

It’s no wonder when the Internet and television airwaves are full of personal stories that raise a question about the link. But the study that started the autism vaccine scare was recently retracted by the prestigious journal that published it 12 years ago, and the lead researcher had his medical license pulled.

Given these developments, some experts hope we have finally reached the end of the debate.

In 1998, a British gastroenterologist, Andrew Wakefield, M.D. and his colleagues published a paper in the British medical journal The Lancet suggesting that the measles, mumps, and rubella (MMR) vaccine might cause symptoms associated with autism.

“Wakefield had a case study of eight children who had received the MMR and then developed symptoms of autism,” says Paul Offit, M.D., chief of infectious diseases at the Children’s Hospital of Philadelphia. “He also believed they had abnormal intestinal tracts and proposed a syndrome — linking intestinal inflammation from receiving the MMR with the development of autism.”

Though Wakefield acknowledged in the paper that “he could not say whether the MMR caused autism,” says Offit, “it opened the door for the notion that a vaccine could cause autism. It was the Royal Free Hospital,

an excellent hospital in London, it was published in the oldest medical journal, and it was off to the races.”

In England, thousands of parents refused to vaccinate their children, resulting in hundreds of hospitalizations and three deaths in Ireland from measles.

Parenting.com: Can Your Child Have Autistic Traits Without Being Autistic?

What the Research Shows

Since that time, 18 controlled epidemiological studies have investigated the possible connection between autism and vaccines, and “they have all come back showing the same thing,” says Alison Singer, founder and president of the Autism Science Foundation, and a mother of a 13-year-old with autism. “There is no link between vaccines and autism.”

Those studies took up two primary theories: Wakefield’s hypothesis that the MMR vaccine was linked to autism, and another that thimerosal, a mercury-containing preservative found in some vaccines, was the culprit.

In a 2004 report analyzing the research into the possible connections, the Institute of Medicine (the organization charged with advising the nation on public health concerns) concluded: “the body of epidemiological evidence favors rejection of a causal relationship” between both the MMR vaccine and thimerosal, and autism.

That same year, 10 of the 13 authors of the Wakefield study retracted it.

Parenting.com: How the iPad Can Help Kids with Autism

In February The Lancet, in an historic moment, retracted Wakefield’s entire study after an independent government review concluded that he had acted “dishonestly and irresponsibly” in conducting his research.

This included doing unnecessary and painful procedures on the children and not disclosing the fact that he had been paid as a consultant to two attorneys representing parents who believed their children had been harmed by the MMR vaccine.

In May 2010, Wakefield was banned from practicing medicine in his native UK.

“This retraction represents the death of a hypothesis,” says Offit. “Parents should be reassured that a choice not to get a vaccine will in no sense lessen the risk of autism, and will only increase the risk of disease.”

Parenting.com: ADHD Often Misdiagnosed in Kids Young for Their Grade

ublished,” says Singer. “As a result of it, I split the vaccine for my second daughter, but a lot of people went farther, not vaccinating at all, and that’s unfortunate, because what we know about vaccines is that they save lives.”

Still, it’s more common today for parents to know a child with autism and than to know anyone who suffered or even died from one of the diseases vaccines prevent.

For them, avoiding anything that they feel might lead to autism can seem safer than choosing to get a vaccine for diseases that seem unlikely.

Notable figures like actress Jenny McCarthy, who believes her son’s autism may have been caused by vaccines, also help lend credibility to the idea that there is a link between the two.

“The reason these diseases are so rare is because of immunizations,” says Gary L. Freed, director of General Pediatrics at the University of Michigan School of Medicine. “I took care of a child who died of measles encephalitis because he was not vaccinated. It was a horrible death that was needless and preventable, and those parents never forgave themselves for not vaccinating their child.”

“Choosing not to get a vaccine or to delay vaccines is not a risk-free choice,” agrees Offit .

A new report from the Centers for Disease Control and Prevention (CDC) concludes that 2008’s measles outbreak in San Diego — the largest in almost a decade, triggered by an unvaccinated child who’d traveled to Europe — struck people who had purposely not been vaccinated against the disease.

“You don’t have to live in the developing world to get measles,” says Offit. “It’s all boiling just under the surface. Drop your guard and these diseases come back with a vengeance.”

Amy Pisani, the executive director of Every Child By Two, an organization that advocates for childhood immunization, understands the hesitancy some parents feel when they enter their pediatrician’s office.

“I was pregnant at the time Wakefield came out, and I was nervous myself. I would listen to these presentations and worry, because it really sounded legitimate, and it was confusing. But I was really fortunate, because I worked at Every Child By Two, and I had access to all these experts at the CDC and the American Academy of Pediatrics (AAP) to help me make a good choice.”

Pisani’s organization, originally founded to train nurses and help low-income parents learn about the free vaccination program run by the government, now spends 70 percent of its time addressing parental safety concerns about vaccines and the importance of timely vaccinations.

The organization has launched a website (vaccinateyourbaby.org) dedicated to getting the research in the hands of parents, so, like Pisani, they can get the most medically sound information available before making a decision.

Nora Fitzpatrick, mother to two in Gaithersburg, Maryland, whose younger daughter was diagnosed with autism at the age of two, says the retraction of the Wakefield study has helped her to better answer her friends’ questions about whether to vaccinate.

“I feel a responsibility to be informed because we get asked so often,” says Fitzpatrick. “When the retraction came out, I was super excited. Now I explain that the Wakefield study is how it all got started, and how it’s been retracted. It’s a huge relief that it’s sort of definitive now.”

“We were right to do the studies, we were right to look at the link. But now those studies have been done, and the data is very clear. We looked, and the answer wasn’t there.”

Still, Singer and Offit agree that until there is an answer, people will still ask questions about vaccines.

“We’re never going to be rid of the vaccine hypothesis completely,” says Singer, “until we know what does cause autism, that’s why it’s so important for more research to be done.” Stay tuned.

Every Child By Two

This advocacy organization works to educate parents about vaccines and their safety. There’s also a quick history of vaccinations that illustrates how far we’ve come.

The Centers for Disease Control and Prevention’s comprehensive site, with all the latest news updates, information on each vaccine and recommended schedule.