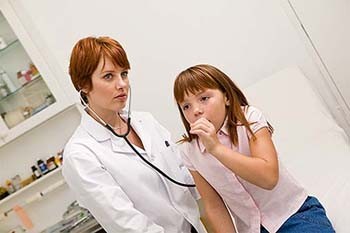 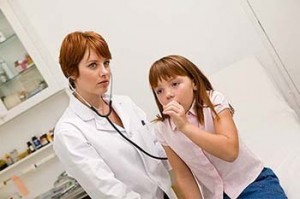 For most parents with young children today, whooping cough is a disease that exists in vintage movies or the Burl Ives song where it causes a chicken to “sneeze his head and tail right off.”

But whooping cough is far from a whimsical memory. It is staging a comeback in California, in what public health officials worry could be a harbinger of a national trend.

Nine infants have died of the disease in California this year, and more than 600 other babies have become desperately ill. To keep them alive, doctors have sometimes resorted to blood transfusions, hooking the babies up to devices resembling heart bypass machines. More than 4,100 cases have been reported so far, creating what officials call the worst pertussis epidemic in the state since 1955.

The resurgence of the highly contagious disease is particularly alarming because most children in California, as in the rest of the country, have received six doses of vaccine by age 12.

A combination of factors may be to blame.

In California it is legal and quite easy to refuse vaccination, and the discredited theory that vaccines cause autism has created clusters of unvaccinated children. In affluent Marin County north of San Francisco, for example, about 13 percent of parents refused vaccination for their kindergartners in 2009, according to the state’s Department of Public Health. Marin has one of the highest rates of infection this year.

Pertussis is more infectious than smallpox, polio or influenza, and it spreads quickly through the unprotected. It often escalates from what seems to be a regular cold into a severe respiratory infection that causes some patients to gasp for air with a distinctive high-pitched whooping sound.

But while shunning vaccine is probably playing a role in the epidemic, particularly in some areas of the state, it isn’t the only cause, according to Kathleen Harriman, California’s chief epidemiologist for vaccine-preventable diseases. Better detection explains some of the increased reports of pertussis. But Harriman and other experts worry that the epidemic could also point to serious problems with the current vaccines.

In the view of some pertussis experts, the vaccines in use since the mid-1990s aren’t as effective as some of the vaccines they replaced.

“The acellular vaccines simply aren’t as good as the good whole-cell vaccines,” says James Cherry of UCLA, who has studied whooping cough for the past 30 years.

Those whole-cell vaccines, developed in the 1940s, were made by deactivating whole pertussis bacteria. While they were effective against whooping cough, they caused seizures and high fevers in some children and were blamed for rare cases of brain damage. The controversy over the whole-cell vaccines began in the late 1970s and never really ended, but they were replaced in the United States by vaccines that instead contained varying amounts and types of purified pertussis proteins.

These acellular vaccines were safer and are said by the Centers for Disease Control and Prevention to be 80 to 90 percent effective. But Cherry believes that the trials that established this figure – most of those studies were done in Europe – overestimated the degree of protection. Sometimes the vaccines prevented classic whooping cough, but the patients got lighter versions of the disease and were still contagious, said Cherry, who was involved in the trials.

Frits Mooi of the Dutch National Institute of Public Health and the Environment, holds another disturbing view. His research shows that pertussis bacteria have evolved mechanisms to evade vaccine-produced immunity.

While he emphasized, in an e-mail exchange, that increased vaccination is still the best way to lower the pertussis rates at present, in the long run public health officials can’t avoid facing the evidence of bacterial mutation and “should strive for pertussis vaccines that protect longer.”

Although Cherry and other experts are skeptical about whether the pertussis evolution found by Mooi has diminished vaccine effectiveness, they agree with him on one unpleasant fact: Unlike with many other diseases against which we immunize, such as measles, vaccination doesn’t always prevent you from getting whooping cough. Neither, in fact, does natural infection.

“My one-line explanation is, ‘There’s no such thing as being fully vaccinated against pertussis,’ ” said Thomas Clark, a leading pertussis tracker at the Centers for Disease Control and Prevention in Atlanta. “Your immunity is always waning over time.”

Decline, then revival
Despite current concerns, there is no question that vaccines have done a good job at suppressing a disease that used to be a scourge. Before the introduction of whole-cell vaccines, whooping cough was at best an unpleasant passage of childhood, at worst a deadly tragedy. It claimed up to 10,000 lives each year in the United States.

As vaccination became widespread, the number of U.S. cases declined by more than 99 percent. But after bottoming out in 1976, the numbers began to creep up, especially in the past decade. In 2009, according to the CDC, there were nearly 17,000 reported cases, including 14 deaths nationally.

The acellular vaccines prevent disease in many people, and when disease occurs it is less serious in the vaccinated. Of the nine fatalities in California, eight were children too young to be vaccinated. The ninth child was 2 months old, had been born very premature and had received one shot.

Whooping cough is a cyclical disease. The last nationwide peak year was 2005, when more than 25,000 cases were reported and 39 people died.

There’s no sign of a major outbreak this year in this region, with only 89 cases reported so far in Maryland and about 150 in Virginia. In both states and the District, it is much more difficult than it is in California for parents to exempt their children from vaccination.

But CDC officials say the California epidemic could herald a wider spread and are recommending that parents make sure their kids are vaccinated. Last week, officials in Indiana and South Carolina said they were seeing an upsurge of the disease.

Before 2005, there was no persussis-containing vaccine for anyone older than 6. Since then, booster vaccines have been licensed, and most jurisdictions, including Maryland, Virginia and the District, require adolescents to get a booster by age 12.

Public health authorities are urging adults to get boosters, too, especially hospital employees, new mothers and others in contact with vulnerable infants.