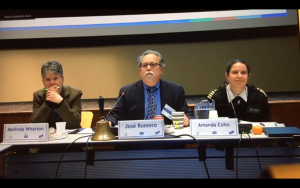 ACIP updates schedules for vaccines against Japanese encephalitis, anthrax The CDC’s Advisory Committee on Immunization Practices voted unanimously to recommend changes to booster schedules for vaccines against Japanese encephalitis virus and anthrax. The ACIP conducted three separate 15-0 votes on recommendations regarding the Japanese encephalitis (JE) virus vaccine. In information presented before the vote, the CDC noted that for most travelers to Asia, the risk for JE is low, “but varies based on travel destination, duration, season, activities and accommodations.” The ACIP first voted on updating recommendations for the use of JE vaccine for travelers and those considering moving to JE-endemic areas. “JE vaccine also should be considered for shorter-term (eg, < 1 month) travelers with an increased risk of JE-based travel duration, season, location, activities and accommodations,” the recommendation read. “Vaccinations also should be considered for travelers to endemic areas who are uncertain of specific duration of travel, destination or activities.” 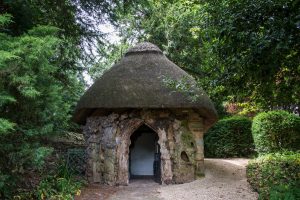 Temple of Vaccinia Despite what it’s name may suggest, this “temple” is really a quaint thatched hut. But though it looks modest, it was put to an extremely noble use. Dr. Edward Jenner, the “father of immunology” and pioneer of the world’s first successful vaccine, hunkered down in this humble hut to vaccinate people for free. The hut was originally built as a part of a summerhouse for Jenner by a friend. Tucked away in the far corner of the garden, it was intended to be a place for him to relax and write. But Jenner instead used this as a place to start what could be considered the world’s first free vaccination clinic. Jenner himself named it the “Temple of Vaccinia,” but some locals know it as the Jenner Hut. Jenner’s contributions to society spread far beyond his impromptu backyard clinic. He introduced the smallpox vaccine in 1796 after noticing that milkmaids who had previously come down with cowpox seemed to be protected from smallpox. Just over 200 years after his public health breakthrough, the World Health Organization declared smallpox eradicated. 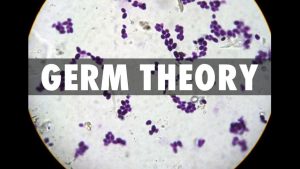 Germ Theory Extended to Alzheimer Disease, Atherosclerosis, Diabetes Could our whole theory about the most common causes of death be wrong? Over the past few decades, the focus of public health has shifted from infectious diseases to lifestyle. Now that we have tamed such scourges as tuberculosis, pneumonia, and cholera, the story goes, we need to focus on exercise and diet. With a bit more self-discipline, we could avoid heart disease, cancer, diabetes, and perhaps even Alzheimer disease. But what if those killers turn out to be like the old ones—caused, at least in part, by pathogens? It’s not a new idea, and it remains outside the mainstream. But proponents argue that recent findings merit much more attention than they have received. “The evidence is accumulating steadily that these conditions are linked to infection, and yet government agencies, such as the US National Institutes of Health, award almost no funding [to research this topic],” says Richard Lathe, PhD, DSc, an honorary professor of biology at the University of Edinburgh, Scotland. 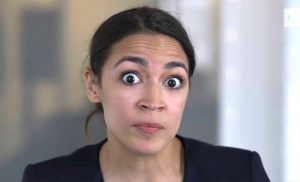 Ocasio-Cortez lashes out after pics surface of hamburger dinner, slams ‘stalkerish’ Less than a week after raging against cow farts and urging Americans to stop eating so many hamburgers, Rep. Alexandria Ocasio-Cortez was caught oozing with hypocrisy. On Tuesday night, an image scorched across Twitter showing Ocasio-Cortez and her chief of staff, Saikat Chakrabarti, sitting down for dinner together. While sitting no more than a foot away, Ocasio-Cortez watched as Chakrabarti ordered a hamburger and chowed it down right in front of her. Conservative Caleb Hull also shared a close-up image showing that her chief of staff was definitely eating the one specific food that she wants Americans to stop eating. 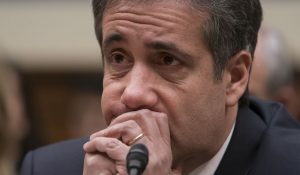 Cohen testimony fails to deliver Russia collusion ‘smoking gun’ Democrats sought Michael Cohen, President Trump’s onetime fixer, detailed to Congress on Wednesday a life of dirty tricks and crimes that he said he carried out at the order of his former boss, including lying to lawmakers, cheating small businesses, and illegally paying off a porn actress and lying about it to the first lady. Cohen, however, could not deliver the ultimate prize to the Democrats. He said he didn’t know whether Mr. Trumpcolluded with Russia to subvert the 2016 presidential election. But he did substantiate a number of claims by providing check stubs and financial records, as well as dates to back up his allegation that Mr. Trump orchestrated the payment to the pornography actress. He accused the president of knowing ahead of time that WikiLeaks would release emails stolen from Democratic campaign officials in 2016, and he suggested that Mr. Trump faces other investigations by federal prosecutors in New York, signaling that the president’s legal jeopardy may extend beyond the allegations of campaign finance shenanigans that Cohen has pleaded guilty to. 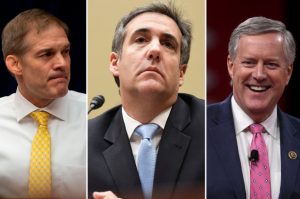 Jordan, Meadows refer Cohen to DOJ for allegedly lying to Congress again House Oversight Committee Republicans on Thursday referred ex-Trump attorney Michael Cohen to the Justice Department for alleged perjury, claiming he lied during sworn testimony before the panel a day earlier about a number of issues including his ambitions to work in the Trump administration and contracts with foreign entities. Committee Ranking Member Jim Jordan, R-Ohio, and Rep. Mark Meadows, R-N.C., penned a letter Thursday to newly sworn-in Attorney General William Barr, citing evidence that Cohen “committed perjury” during his hearing before the committee on Wednesday.  “We write to refer significant evidence that Michael D. Cohen committed perjury and knowingly made false statements during his testimony before an Oversight and Reform Committee hearing,” they wrote. “While testifying under oath, Mr. Cohen made what appear to be numerous willfully and intentionally false statements of material fact contradicted by the record established by the Justice Department in United States v. Cohen.” 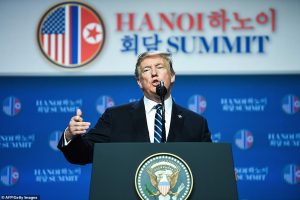 NO DEAL! Vietnam summit ends abruptly as Kim REFUSES Trump’s denuclearization demands, leaders fail to agree on lifting North Korean sanctions and abandon lunch and cancel signing ceremony Donald Trump’s talks with Kim Jong-un ended abruptly on Thursday as the president said he was forced to walk away after the North Korean dictator demanded that all sanctions be lifted in return for giving up only some of his nukes. Trump said the final snag that caused the sudden breakdown was over sanctions – and Kim’s push to have all of them lifted in exchange for a concession Trump and his secretary of state could not live with. ‘Sometimes you have to walk away,’ Trump told reporters at a press conference in Hanoi that was abruptly moved up after a breakdown in talks. The president expressed his hope that the two leaders would meet again, but acknowledged: ‘It might be soon, it might not be for a long time. I can’t tell you.’ Meanwhile, the president blasted longtime fixer Michael Cohen, saying he ‘lied’ after his former lawyer delivered bombshell testimony. The president mostly avoided the topic by calling on a series of members of the foreign press corps he did not recognize rather than White House reporters preparing to quiz him on the crimes Cohen claims he witnessed. 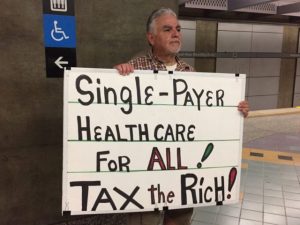 Democrats Introduce ‘Medicare for All’ Bill; Eliminates Employer-Provided Health Insurance Rep. Pramila Jayapal (D-WA) introduced “H.R. 1384: To establish an improved Medicare for All national health insurance program” on Wednesday, holding a rally on Capitol Hill with some of the bill’s 106 other co-sponsors. As Breitbart News noted earlier this week, the bill would eliminate private health insurance — including Obamacare policies sold on state and federal exchanges — within two years and move everyone in the U.S. to a government insurance plan. Like the “Green New Deal” introduced by Rep. Alexandria Ocasio-Cortez (D-NY) and other Democrats earlier this month, the “Medicare for All” bill includes no provision for funding, though a similar bill by Sen. Bernie Sanders (I-VT) would cost an estimated $32 trillion over ten years. The text of the legislation was not immediately available, but a detailed descriptionprovided by supporters of the bill notes that it prohibits private insurance, including employer-provided insurance. It also eliminates restrictions on “reproductive health,” i.e. abortion.