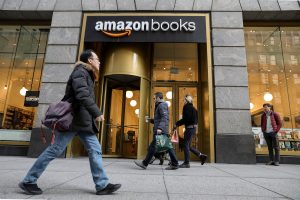 Amazon removes books promoting autism cures and vaccine misinformation Amazon is removing from its online marketplace “autism cure” books that unscientifically claim children can be cured of autism with pseudoscientific methods such as ingesting and bathing in a potentially toxic form of bleach and taking medication meant to treat arsenic and lead poisoning. Amazon confirmed Tuesday that the books “Healing the Symptoms Known as Autism” and “Fight Autism and Win” are no longer available, but declined to answer specific questions about why it had removed them or whether they were part of a larger cleanup effort, citing a policy of not commenting on individual accounts. The move by Amazon comes on the heels of a report in Wiredpublished Monday that criticized the retail giant for offering medically dubious books and dangerous methods for reversing autism spectrum disorder. For years, news organizations have pointed out Amazon’s practice of hosting books that promote vaccine and other health-related misinformation, but the pressure has intensified in recent weeks.

Dear Robert,
My husband started a trial of a wireless hearing aid last week. It has really improved his hearing. I told him about the air pods that you talked about on your show last night. That has him wondering if the hearing aids are transmitting through the brain in the same way as the air pods since the aids communicate with each other. He goes to the hearing aid specialist tomorrow for a followup and wants to ask him about it. I really don’t think he’ll get the truth from someone who is selling hearing aids . . . or rather, I don’t know if the specialist will have any knowledge regarding the effect they can have on the brain. Do you have any thoughts on this subject?

You have helped my family so much over the past couple years through your podcast and book!! I was hoping to ask for your assistance once again.

A couple months back I heard you recount how you helped your son through wisdom teeth extraction surgery. According to our holistic dentist, our two boys, ages 14 & 16 both need their wisdom teeth removed. The 14 year old is ASD and is scheduled in March with an allopathic-type oral surgeon (using anesthesia, antibiotics and narcotics for pain) while our 16 year old neuro-typical son is scheduled in April at a holistic dentist (using acupuncture in lieu of anesthesia, homeopathic Guna Flam, ozone therapy and IV vitamin support before and after surgery. Unfortunately, because our 14 year old is ASD/vaccine-injured the holistic doctor didn’t think he was a good candidate for her procedure.)

Anyway, I would love to hear more details about how you avoided antibiotics with Sovereign Silver and homeopathy and the utilization of CBD for pain as well as anything else you can recommend. I told the allopathic surgeon that I didn’t want to use antibiotics or narcotics and he said he was “fine with that” but didn’t have any alternatives to offer.

Thank you in advance for any wisdom you can impart. We have made so much progress with our kiddos, I just can’t bear to go backwards with allopathic medicine.

Also, I already have my VIP pass for the Advanced Medicine Conference! WoooHooooooo!!!!! So excited to be part of all the fun and learning!!!

Sleep tight! Researchers identify the beneficial role of sleep  Why do animals sleep? Why do humans “waste” a third time of their lives sleeping? Throughout evolution sleep has remained universal and essential to all organisms with a nervous system, including invertebrates such as flies, worms, and even jellyfish. But the reason why animals sleep — despite the continuous threat of predators — still remains a mystery, and is considered among the biggest unanswered questions in life sciences. In a new study, published today in the journal Nature Communications, researchers at Bar-Ilan University in Israel reveal a novel and unexpected function of sleep that they believe could explain how sleep and sleep disturbances affect brain performance, aging and various brain disorders. 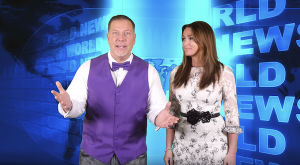 NBC’s Today Show Spreads Misinformation and Attacks Vaccine Safety Advocates A few days ago, NBC’s show TODAY spent five and a half minutes talking about vaccines. But they didn’t talk about vaccine safety studies and how they aren’t held to the same standard of other medicines. They didn’t talk about the revolving door between vaccine manufacturers and government entities. They didn’t even talk about why the CDC vaccine schedule has increased exponentially over the years. They utilized the typical ad hominem attacks. This phrase is Latin for “against the man.” Instead of advancing good, sound reasoning, ad hominems replace logical argumentation with attack-language unrelated to the truth of the matter. This is a typical tactic of those in favor of vaccine mandates. Call those who question the safety or efficacy of vaccines a name… like “Vaccine Refuseniks” or “Science Deniers” or “Conspiracy Quacks.” 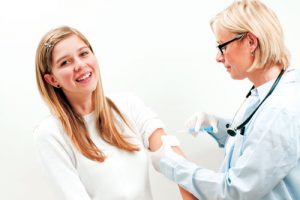 New York state lawmakers propose bill to let teens get vaccinations without parental approval A pair of New York state lawmakers are introducing a measure that would let minors receive vaccinations without parental consent, a move that comes as concerns grow about measles outbreaks in the state. The bill, which is being sponsored in both chambers of the New York legislature, would allow any child 14 years or older to receive vaccinations or booster shots for a variety of diseases, including mumps and measles. If passed, New York would join a contingent of states, including Oregon and South Carolina, that allow minors to request vaccines without their parents’ approval. According to The New York Times, some states require minors to be evaluated to ensure they are mature enough to make the decision, a provision the New York bill does not require. The bill comes amid multiple outbreaks of measles in New York. Officials have reported 145 confirmed cases of measles in Rockland County, New York, according to the Times. A majority of those cases involve people under the age of 18 who did not receive vaccinations for measles, mumps and rubella. 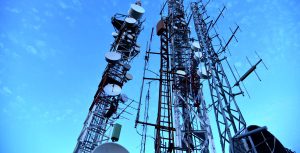 Parents Blame Elementary School’s Cell Tower After 4th Student Diagnosed With Cancer  A fourth child has been diagnosed with cancer at a San Joaquin County elementary school, and parents believe it’s because of radiation caused by a cell phone tower. The towers are spread throughout the community, but it’s this particular one that parents say needs to go. “We had a doctor tell us that it’s 100 percent environmental, the kind of tumor that he has,” said Monica Ferrulli. Her son Mason was the second child to be diagnosed with cancer in just three years at Weston Elementary. He was 10-years-old and walked by this cell phone tower daily. “It’s indescribable, it’s really tough,” she said. “It’s one of the hardest things that I’ve been through,” said Joe Prime. Prime’s son Kyle was the first, diagnosed with kidney cancer in 2016. And two more kids were diagnosed this year. “It just seems like coincidence is no longer a reason for all this illness,” Prime said. They believe it’s this cell phone tower that’s harming their kids. “Kids shouldn’t be guinea pigs and we shouldn’t be taking chances with the children’s lives,” Prime said. 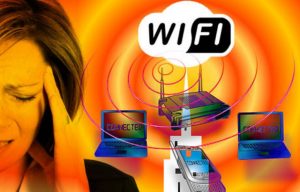 The Oxidative Effects of Wireless Radiation Electromagnetic fields (EMFs) are all around us, even if you live in rural areas. They emanate from power lines, televisions, household electrical wiring, appliances and microwaves, cellphones, cellphone towers and wireless internet connections. Of course in cities one opens their WiFi and see limitless signals penetrating one’s personal space. Some people are very senstitive to EMF and suffer greatly from it. The Nation published, “The scientific evidence that cell phones and wireless technologies in general can cause cancer and genetic damage is not definitive, but it is abundant and has been increasing over time. Contrary to the impression that most news coverage has given the public, 90 percent of the 200 existing studies included in the National Institutes of Health’s PubMed database on the oxidative effects of wireless radiation—its tendency to cause cells to shed electrons, which can lead to cancer and other diseases—have found a significant impact, according to a survey of the scientific literature conducted by Henry Lai. Seventy-two percent of neurological studies and 64 percent of DNA studies have also found effects.”