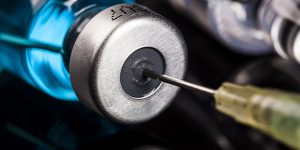 Parents who don’t vaccinate kids tend to be affluent, better educated, experts say Vaccines are universally backed by respected scientists and federal agencies, but that isn’t enough to convince every parent to vaccinate their children. The decision to fly in the face of near universal scientific opinion doesn’t come as a result of a lack of intellect, however, as experts who have studied vaccines and immunology acknowledge that many parents who don’t vaccinate their children are well-educated. They also appear to be the victims of a widespread misinformation campaign, the experts said. Daniel Salmon, who is the director of the Institute of Vaccine Safety at Johns Hopkins University, said that existing research suggests that there are some common attributes that many parents who choose not to vaccinate their children share. “They tend to be better educated. They tend to be white, and they tend to be higher income. They tend to have larger families and they tend to use complementary and alternative medicine like chiropractors and naturopaths,” Salmon said.

Thank you for the work you do. Vaccine aggression is terrifying and it is frustrating that so many people are willing to dismiss the thousands upon thousands of parents who claim vaccine injury for their children, as though they don’t exist or are somehow crazy or that all tens of thousands of them are only seeking monetary rewards. Hopefully, people will continue to wake up and become more humane. 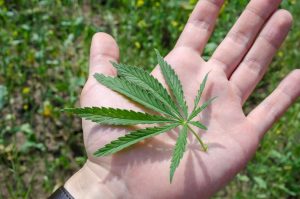 Trump Attorney General Pick Puts Marijuana Enforcement Pledge In Writing William Barr, President Trump’s nominee to serve as the next U.S. attorney general, made headlines earlier this month when he pledged during his Senate confirmation hearing not to “go after” marijuana companies that comply with state laws. Now, in response to written questions from senators, Barr is putting that pledge on paper, in black and white. He’s also calling for the approval of more legal growers of marijuana for research, and is acknowledging that a recent bill legalizing hemp has broad implications for sale of cannabis products. “As discussed at my hearing, I do not intend to go after parties who have complied with state law in reliance on the Cole Memorandum,” he wrote, referring to Obama-era cannabis enforcement guidance that then-Attorney General Jeff Sessions rescinded last year.

Hi Robert
please can you help I have sores at the buttocks and fear it may be hpv 2 what can use to cure this as it’s very troubling , I’m currently dry fasting to try and get it out of my body! I’m 48 a woman lol and married no other sexual partners
Many thanks, long time listener I have just purchased unlock the power to heal
Ali 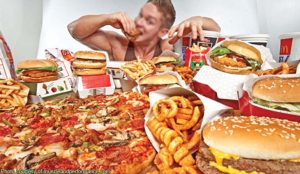 Big Food Blamed for Ills Far Beyond Flab in Sweeping Report Big Food is portrayed as the new Big Tobacco in a sweeping report that links the industry’s influence to a global obesity epidemic, along with malnutrition and climate change. The Lancet Commission on Obesity blamed a growth-focused sector for a system that gorges populations on empty calories while misusing land, energy and other resources. Without naming companies, the reportreleased late Sunday called for restricting the industry — led by multinationals such as Nestle SA, McDonald’s Corp. and Coca-Cola Co. — from policy-related discussions. Three years in the making, the report echoed past indictments of sectors such as tobacco, alcohol, energy and firearms for using political clout to shape laws, policy and health guidelines. The 43-member panel pointed to food companies’ lobbying prowess as a reason for nutrition recommendations that sometimes have run counter to scientific evidence.

Hello RSB and Super Don, RSB just felt the need to thank you for being you!! How’s that for a bit of sincere schmaltz!!!!???? Seriously, you are generous in sharing your healing wisdom without a bit of ego attached. You never make a snide comment on questions or make the asker of a question feel any less than smart for asking what they don’t know. Kudos to you for staying funny and unassuming while all the time being a healing “bad ass”. Will always listen to you but unfortunately your 7 to 9 timeslot is difficult for me to listen live. So I will be listening on the replays. Lots of love and appreciation Lori.

Arizona lawmaker says parents should get list of ingredients in all 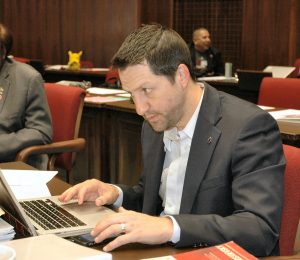 vaccines A state senator wants to mandate that parents be told exactly which ingredients and chemicals are in vaccines before their children are inoculated. The bill introduced by Sen. Paul Boyer, R-Phoenix, would require that any health professional provide not just the positive effects of vaccinations but also the full list of ingredients and side effects before a vaccine could be administered. He pointed to a list from the U.S. Centers for Disease Control and Prevention that says vaccines may variously contain phosphate, bovine serum, formaldehyde, fluoride, yeast extracts or human diploid fibroblast cell cultures (cultures of human fetal tissue). Boyer said he’s not necessarily opposed to vaccinations for children and sidestepped questions of whether he personally believes vaccines are harmful. But he said there has been an explosion in the number of vaccines that are scheduled to be given to children, going from five in the 1960s to more than 70 now. 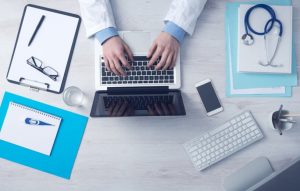 Survey: Half Of Doctors Considering Leaving Medicine — Because Of Health Insurance Headaches Are health insurance policies creating nightmares for physicians and hazards for their patients? A new study finds that nearly nine in ten doctors believe barriers set by insurance plans have led to worsened conditions for patients in need of care. Researchers with Aimed Alliance, a non-profit that seeks to protect and enhance the rights of health care consumers and providers, say that doctors are so fed up with the constant headaches caused by insurers, two-thirds would recommend against pursuing a career in medicine, and nearly half (48%) are considering a career change altogether. For the study, the organization polled 600 physicians in the U.S. practicing either family medicine, internal medicine, pediatrics, or obstetrics/gynecology. The group sought to understand the extent to which insurance policies impact primary care physicians, their practices, and their patients on a day-to-day basis. They also wanted to get a better understanding of mental health issues among providers, as well as the causes behind the national provider shortage. 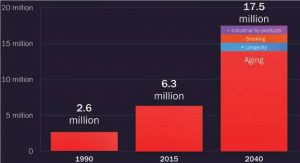 Emerging evidence of an impending Parkinson’s disease pandemic identified For most of human history Parkinson’s disease (PD) has been a rare disorder. However, demography and the by-products of industrialization a now contributing to an impending a Parkinson’s pandemic, according to experts writing in a supplement to the Journal of Parkinson’s Disease. They say that this pandemic can be addressed by the Parkinson’s community forming a “PACT” to prevent the disease, advocate for policies and resources aimed at slowing its spread, care for all those affected, and treat with effective and novel therapies. Neurological disorders are now the leading cause of disability globally, and the fastest growing neurological disorder in the world is PD, a slowly progressive disorder that affects movement, muscle control, and balance. In 1855, forty years after Dr. James Parkinson first described the condition, approximately 22 people of 15 million in England and Wales died of PD. In 2014, roughly 5,000 to 10,000 individuals of 65 million in the UK died of PD. From 1990 to 2015, the number of people with PD doubled worldwide to over six million. Driven principally by aging, this number is projected to double again to over 12 million by 2040, and additional factors, including increasing longevity, declining smoking rates, and increasing industrialization, could raise the burden to over 17 million.

A CURE FOR CANCER? ISRAELI SCIENTISTS SAY THEY THINK THEY FOUND ONE A small team of Israeli scientists think they might have found the first complete cure for cancer. “We believe we will offer in a year’s time a complete cure for cancer,” said Dan Aridor, of a new treatment being developed by his company, Accelerated Evolution Biotechnologies Ltd. (AEBi), which was founded in 2000 in the ITEK incubator in the Weizmann Science Park. AEBi developed the SoAP platform, which provides functional leads to very difficult targets. “Our cancer cure will be effective from day one, will last a duration of a few weeks and will have no or minimal side-effects at a much lower cost than most other treatments on the market,” Aridor said. “Our solution will be both generic and personal.” It sounds fantastical, especially considering that an estimated 18.1 million new cancer cases are diagnosed worldwide each year, according to reports by the International Agency for Research on Cancer. Further, every sixth death in the world is due to cancer, making it the second leading cause of death (second only to cardiovascular disease).