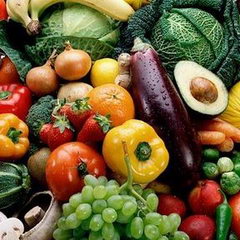 According to the National Institute of Diabetes and Digestive and Kidney Diseases (NIDDKD), insulin resistance is a condition in which the pancreas eventually can’t keep up with the body’s demand for insulin (a hormone that helps the body use glucose for energy). Eventually, an excess of glucose builds up in the bloodstream — and that sets the stage for type 2 diabetes.

New research just presented at the Endocrine Society’s 92nd Annual Meeting, held in San Diego, shows that natural antioxidants in the diet can be a powerful way to improve insulin resistance — even in people who are obese and suffering from metabolic syndrome. A precursor of diabetes associated with insulin resistance, metabolic syndrome is a cluster of conditions (including high blood pressure, elevated insulin levels, excess body fat around the waist and abnormal cholesterol levels) that raise the risk of heart disease and stroke, as well as diabetes.

“The beneficial effects of antioxidants are known, but we have revealed for the first time one of their biological bases of action — improving hormonal action in obese subjects with the metabolic syndrome,” lead researcher Antonio Mancini, MD, an endocrinology researcher at Catholic University of the Sacred Heart in Rome, Italy, said in a statement to the media.

Dr. Mancini and his fellow researchers investigated the effects of dietary antioxidants on insulin resistance in 16 men and 13 women between 18 and 66 years of age. All the research subjects were obese and insulin-resistant but had not yet developed full-blown diabetes. The study participants were randomly assigned to one of four treatment groups. Then all groups were place on low-calorie, Mediterranean-type diets averaging 1,500 calories daily and containing only 25 percent of these calories from protein foods with the rest made up of low-glycemic-index carbohydrates (carbs such as whole grains that don’t cause a quick rise in blood sugar).

However, while one group ate only this diet, the second group consumed the same foods but also took the an oral medication that lowers blood glucose called metformin (sold under the brand names Glucophage, Glucophage XR, Glumetza, Fortamet, and Riomet). Groups three and four ate a Mediterranean style diet, too, but theirs was enriched with extra helpings of fruits and vegetables that are known to be loaded with antioxidants; group four was also given metformin.

Even though all the research subjects in each group lost about the same amount of weight, only the two groups consuming the high antioxidant diet (groups 3 and 4) had a significant decrease in insulin resistance. The latter group had the best improvement based on an oral glucose tolerance test, according to the scientists’ report.

Although the researchers did not discuss the possibility, the ability of the high antioxidant diet to greatly improve insulin resistance without any medication is a hopeful indication that diets rich in natural antioxidants alone may help many people faced with this pre-diabetic problem who can not take — or don’t want to take — the drug metformin. The medication’s most common side effects (which occur in one out of every three patients) are nausea, vomiting, gas, bloating, diarrhea and loss of appetite.

Dr. Mancini pointed out that there’s evidence oxidative stress, which can result in damage to blood particles and cells, plays a role in the metabolic syndrome. And previous research has shown that antioxidants can prevent oxidative damage to cells and sometimes even repair damage. Antioxidants, which are found naturally in many foods including fruits, vegetables, legumes and nuts, include vitamins E and C, selenium and carotenoids, such as beta-carotene.