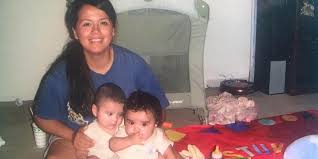 Why the focus of autism research is shifting away from searching for a ‘cure’ When Lizzie Acevedo’s fraternal twin sons, now 15, were newly diagnosed with autism, she was hopeful about diets and vitamin injections that were being touted as miracle treatments or even cures. Around age 4, the boys were on a gluten-free, casein-free diet, and for a couple months they mainly ate a special organic brand of chicken nuggets. Wheat products or anything else with gluten were out, as were dairy foods containing the milk protein casein. Acevedo also started giving vitamin B12 injections, prescribed by a Defeat Autism Now! doctor, to her son Omar, who is nonverbal and has more significant intellectual disabilities than his brother, Jorge, who speaks and is more independent. “Back then, I just needed something to make things better,” Acevedo said. She tried the treatments for a few months but stopped when she didn’t see a noticeable effect. 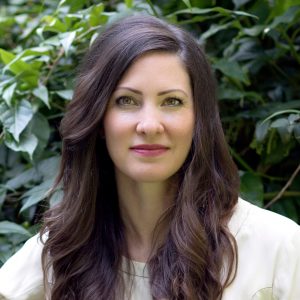 Kelly Brogan, M.D. is a holistic women’s health psychiatrist, author of the NY Times Bestselling book, A Mind of Your Own, the children’s book A Time For Rain, and co-editor of the landmark textbook, Integrative Therapies for Depression. She completed her psychiatric training and fellowship at NYU Medical Center after graduating from Cornell University Medical College, and has a B.S. from M.I.T. in Systems Neuroscience. She is board certified in psychiatry, psychosomatic medicine, and integrative holistic medicine, and is specialized in a root-cause resolution approach to psychiatric syndromes and symptoms. She is on the board of GreenMedInfo, Price-Pottenger Nutrition Foundation, Functional Medicine University, Pathways to Family Wellness, Mindd Foundation, SXSW Wellness, Chickasaw Nation Wellness, and the peer-reviewed, indexed journal Alternative Therapies in Health and Medicine. She is Medical Director for Fearless Parent and a founding member of Health Freedom Action. She is a certified KRI Kundalini Yoga teacher and a mother of two. 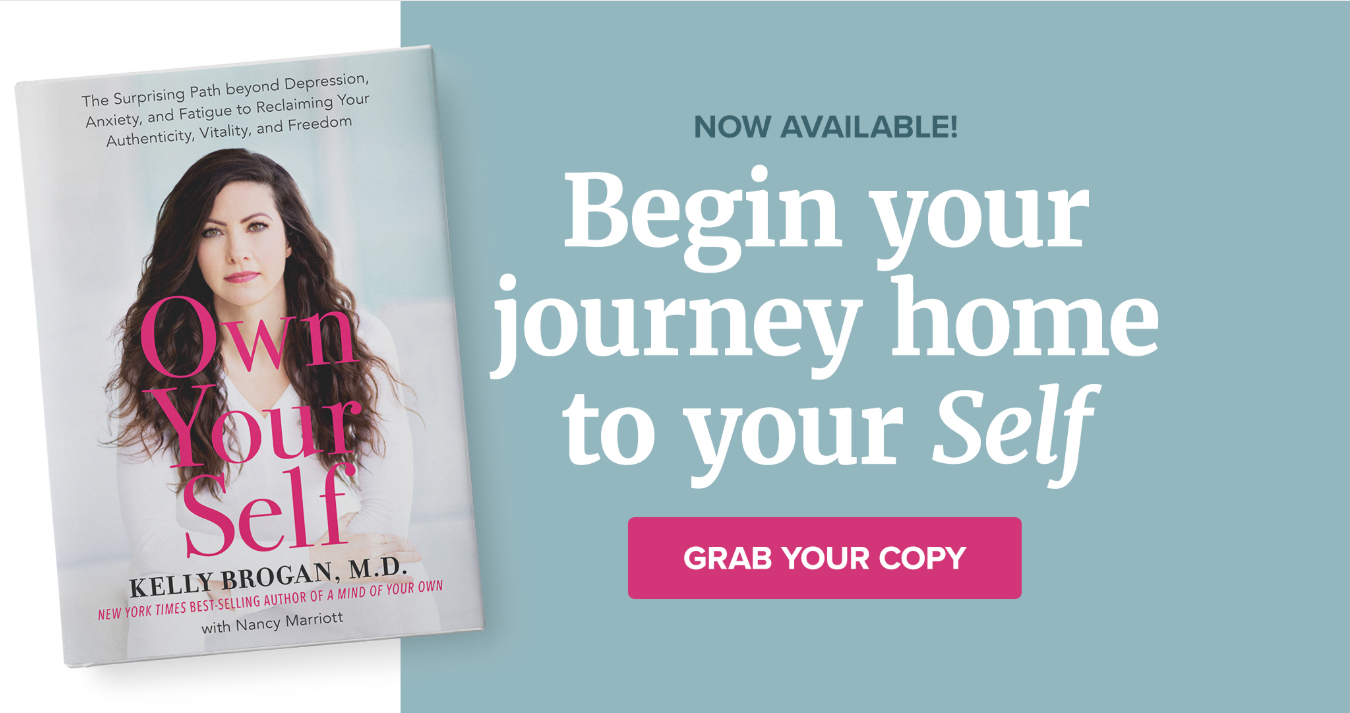 New York Times best-selling author presents a radical alternative to psychotropic meds: discerning the meaning in your symptoms and your struggle as a way to reclaim your health and your self.

For years, we’ve been telling ourselves that our difficult feelings-sadness, rage, shame, intensity, worry-are somehow “not okay.” And, all too often, we’ve relied on the promise of pharmaceuticals to tamp them down. The fact is, though, that these feelings are a vital part of our experience. They are real. And those of us who feel them most strongly are the canaries in the coalmine-sensitive to things that are seriously wrong in the world today.
In a book that’s both provocative and promising, holistic psychiatrist Kelly Brogan, M.D., author of A Mind of Your Own, shows us that we don’t have to medicate our mental, emotional, and physical pain away-that the best way out is through. She explodes the mistaken belief that our symptoms-from mood changes to irritability to fogginess and fatigue-are evidence that we are sick or broken. Then she charts a new path to get real, get well, and get free. The journey includes:
•  Coming to a new appreciation of the meaning behind symptoms, and whether you are a canary in the coal mine
•  Learning the 2 major risks of medication that most doctors are not trained to disclose
•  Exploring the 5 reversible physical drivers of so-called mental illness
•  Starting the process of radical physical healing with inclusive details of Dr. Brogan’s history-making 30-day protocol
•  Taking an emotional inventory of energy drains and toxic relationships
•  Taking a deeper dive into the spiritual awakening and expansion that comes when you reclaim your real self from conventional medicine
•  Identifying the most likely places you have given your power away
•  Understanding what the science has to say about psychedelics as a tool for awakening
•  Navigating health challenges with curiosity and the proper tools
•  Guidance, support, and many Travel Tips shared from the trenches!
Our experiences, Dr. Brogan argues, aren’t problems or pathologies; they reflect what we need to accept, acknowledge, and transform in order to truly become who we are. Own Your Self is a journey of healing, and also something more: a journey of coming home to ourselves. 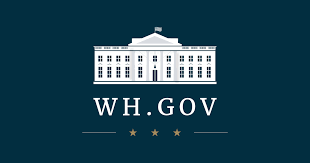 xecutive Order on Modernizing Influenza Vaccines in the United States to Promote National Security and Public Health By the authority vested in me as President by the Constitution and the laws of the United States of America, including section 301 of title 3, United States Code, it is hereby ordered as follows:

Section 1.  Findings.  (a)  Influenza viruses are constantly changing as they circulate globally in humans and animals.  Relatively minor changes in these viruses cause annual seasonal influenza outbreaks, which result in millions of illnesses, hundreds of thousands of hospitalizations, and tens of thousands of deaths each year in the United States.  Periodically, new influenza A viruses emerge from animals, including birds and pigs, that can spread efficiently and have sustained transmission among humans.  This situation is called an influenza pandemic (pandemic).  Unlike seasonal influenza, a pandemic has the potential to spread rapidly around the globe, infect higher numbers of people, and cause high rates of illness and death in populations that lack prior immunity.  While it is not possible to predict when or how frequently a pandemic may occur, there have been 4 pandemics in the last 100 years.  The most devastating pandemic occurred in 1918-1919 and is estimated to have killed more than 50 million people worldwide, including 675,000 Americans.

In a previous show you educated us on the healing properties of sovereign silver. Specifically I’m looking for information on healers that specialize in multiple sclerosis. Any names or websites would be much appreciated.
Thank you for all you do
Manny 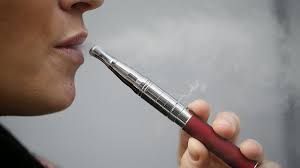 Vaping: The deaths, illnesses and controversies in the last year In recent weeks, there’s been a surge of reports about people ending up in the hospital because of lung issues, seizures and other health concerns after vaping — and seven people have died. It’s clear we’re just starting to understand all the dangers of vaping. E-cigarettes hit the US market about a decade ago, touted as a safer alternative to traditional tobacco cigarettes. However, they didn’t really gain any traction until 2015, when Juul Labs (then part of Pax Labs) debuted its discreet USB-size vaporizer and quickly became the industry leader. The result was a spike in e-cigarette use, especially among young adults, a segment of the population that, until then, had been using fewer tobacco products, according to the Centers for Disease Control and Prevention. In 2016, the Food and Drug Administration finalized a rule extending its authority to regulate all tobacco products, including e-cigarettes, the repercussions of which are still playing out today. 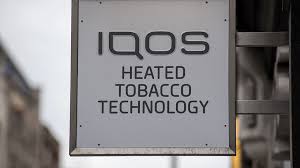 FDA clears Philip Morris’ iQOS, Altria plans to start selling heated tobacco device in the US this summer The Food and DrugAdministration has cleared Philip Morris International to sell its heated tobacco product, iQOS. Philip Morris had submitted two separate applications with the regulatory agency, one simply to sell the device, which heats tobacco rather than burning it, and another to market it as being less harmful than cigarettes. The agency has not yet made a decision on the latter application. “While the authorization of new tobacco products doesn’t mean they are safe, the review process makes certain that the marketing of the products is appropriate for the protection of the public health, taking into account the risks and benefits to the population as a whole,” FDA’s Center for Tobacco Products Director Mitch Zeller said in a statement. PMI is now authorized to sell the iQOS device, Marlboro Heatsticks, Marlboro Smooth Menthol Heatsticks and Marlboro Fresh Menthol Heatsticks. PMI operates overseas, so Richmond, Virginia-based Altria will sell the products in the U.S. 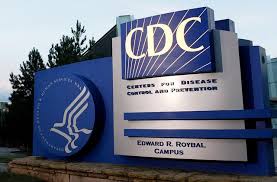 U.S. recorded two new cases in measles outbreak last week Two new cases of measles were reported in the United States last week, in the latest sign that health authorities have yet to take control of the nation’s worst outbreak of the highly contagious and sometimes deadly disease since 1992. The U.S. Centers for Disease Control and Prevention also determined that two previously reported cases of the disease were not in fact measles, keeping the total number of cases for the year at 1,241 as of Sept. 12. The outbreak, which began in New York on Oct. 1, has largely been linked to parents who declined to vaccinate their children. It threatens to end United States’ measles-free status. More than 71,000 doses of MMR vaccines have been administered in the New York counties affected by the outbreak since last October, which is a 70% increase from the previous year, the New York State Department of Health said.