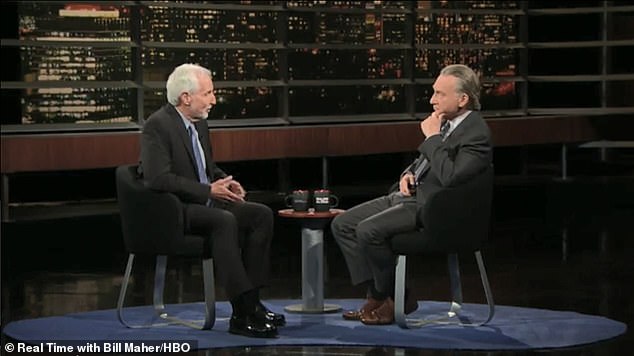 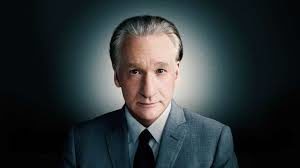 Bill Maher Says Vaccine-Autism Link Is Not ‘Crazy’: ‘We Don’t Know S**t’ HBO talk show host Bill Maher allowed a vaccination skeptic to air his views on the discredited link between vaccines and autism on Friday night and, at many points, appeared to agree with him. The skeptic, Dr. Jay Gordon, was the first guest on the “Real Time with Bill Maher” episode and enjoyed no pushback about his repeated assertion that vaccines could cause autism. Maher contributed to the conversation by sharing his own medical history and by listing off errors of modern medicine. “I’m just saying we don’t know shit,” Maher said. “We don’t know a lot about how the body works. So how do vaccines fit in with, I don’t know, all the new chemicals? There’s thousands of new chemicals, pollutants, irritants. We didn’t use to have all this corn syrup in our bodies, antibiotics. It could be any combination, so I’m a little cautious.” 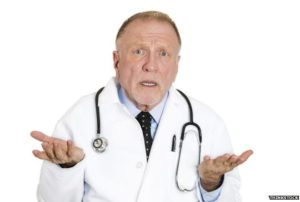 Measles Amnesia is Giving Me a Headache! Measles has become the cause célèbre for conventional medicine and mainstream media in order to convince us that we need the measles vaccine. Furthermore, the Powers-That-Be are using everything they can about measles to stop any anti-vaccination talk. Let’s get some FACTS straight! Measles can be deadly. So can chickenpox. However, for the vast majority of us—over 99%–measles (and chickenpox) is not deadly. For the person who gets it, it is an annoyance that lasts about a week. Then, there is life-long immunity from measles (and the same is true with chickenpox). However, a complication from the measles virus can occur. Even death can occur. Every death is tragic and we should do all we can to avoid suffering such a fate from any infection. The main stream media keeps talking about how deadly measles is. What they DON’T tell you is that the death rate from measles declined by over 98% BEFORE the introduction of the measles vaccine. 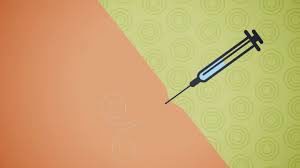 Anti-vaxxers may be exploiting widespread religious exemptions, research suggests An increasing number of parents in the United States are citing faith to avoid getting their children vaccinated, according to a new study — even though no major religion opposes vaccination. Childhood shots have been proven safe and effective, and prevent millions of deaths each year. Just 15 states allow parents to opt out of them for philosophical or personal reasons. But new research suggests that anti-vaxxers may be finding a workaround: exploiting religious belief exemptions that are permitted in 45 states and the District of Columbia. Published Monday in the medical journal Pediatrics, the study analyzed data from the US Centers for Disease Control and Prevention and found that religious exemptions have been increasing since 2011 — and were significantly more likely in 2017 than six years prior. 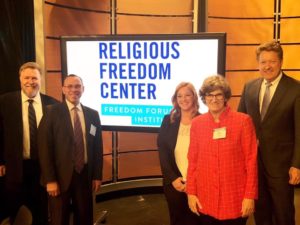 Committee on Religious Liberty meeting On October 28, 2019, Dr. Shannon Kroner (Freedom Of Religion – United Solutions) was joined by lawyers, Mary Holland, J.D. (Children’s Health Defense) and Kevin Barry, J.D. (First Freedoms) to speak at the Committee on Religious Liberty meeting at the Freedom Forum Institute regarding the importance of Religious Exemptions for vaccines, current draconian legislation, and the way in which vaccine mandates pose a threat to First Amendment rights and religious freedom. The meeting was a huge success. Of all the agenda items discussed that day, the Committee spent the most time on this topic. Many committee members who attended were glad this topic was finally brought to the table because it had never been discussed at any previous meetings. We covered California’s, SB277 and SB276, as well as the recent removal of religious exemptions in New York and Maine. We also shared the slide that was shown at the Advisory Committee on Immunization Practices (ACIP) meeting at the CDC on October 24, 2019, which stated the intention to “Implement new legislation removing religious exemptions.” 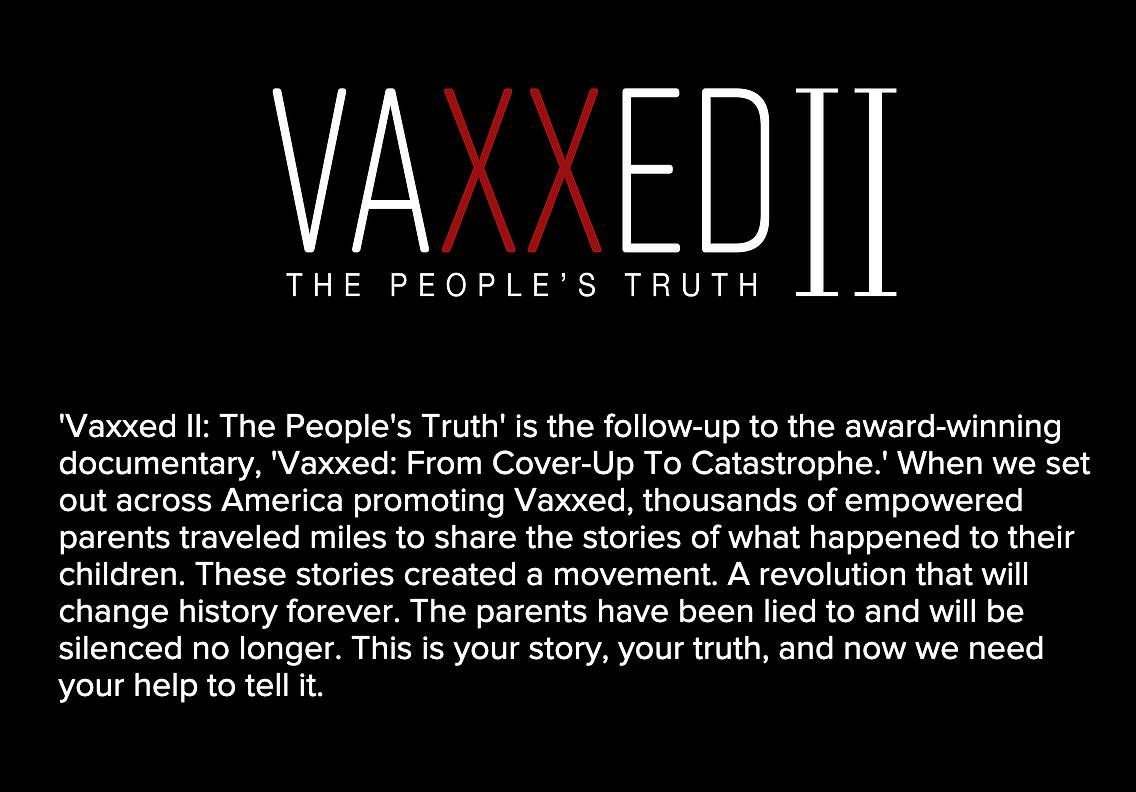 One Time ONLY: A Special Premiere Screening of the New Movie VAXXED II: The People’s Truth followed by Q&A with 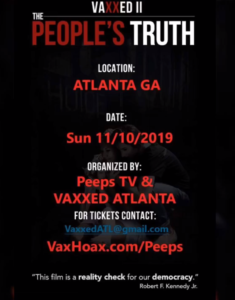 ‘Vaxxed II: The People’s Truth’ is the follow-up to the award-winning documentary, ‘Vaxxed: From Cover-Up To Catastrophe.’ When we set out across America promoting Vaxxed, thousands of empowered parents traveled miles to share the stories of what happened to their children. These stories created a movement. A revolution that will change history forever. The parents have been lied to and will be silenced no longer. This is your story, your truth, and now we need your help to tell it.

This is a special screening in an upscale theater and lunch will be served during the film.

IMPORTANT! Please look at the menu ahead of time and arrive at the theater by 12:30 ready to order. There will be am introduction and the film presentation will begin at 12:45. Q&A with filmmakers and Special Guest (TBA) to follow the film. This event will end at 3:00 pm

-More to be announced 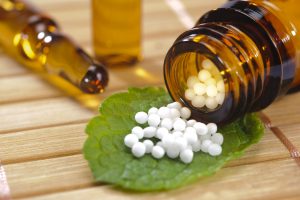 Health bosses’ ‘serious concerns’ over homeopathy Health bosses have expressed “serious concerns” over the possible re-accreditation of the UK’s largest group of registered homeopaths. In a letter to the Professional Standards Authority, they said it gives “a false impression” to the public that their treatments are “clinically and scientifically established”. Homeopathy should not be recommended to the public, health chiefs say. NHS England recommended that GPs stop providing it in 2017. It says there is no good-quality evidence that homeopathy is effective as a treatment for any health condition. The Society of Homeopaths said it would not be commenting while its re-accreditation was currently being considered. Chief executive Simon Stevens and NHS national medical director Stephen Powis wrote to the Professional Standards Authority, saying: “This is a vital issue at a time when there is a rise of mis-information about vaccines – some of which is apparently promoted by homeopaths – and which poses a significant danger to human health.

Hi Robert,
Thanks for your informative talk at the Health Freedom Expo last weekend. You said that pre/probiotics and phosphorous are among your recommended adjuncts. Which brands & how much of each? Thanks.

Jeremiah Box – Not my kids… I have several friends from MO, all of us in our mid-twenties, whom don’t vaccinate. We take anyone who gives us a hard time about it head on with nothing but facts and full hearts. Thanks to Robert all of our kids are pharmakiea free. You’re the man Robert Scott Bell!

Trump picks cancer specialist from Texas hospital to run FDA President Donald Trump on Friday picked a cancer specialist and hospital executive to lead the Food and Drug Administration. If confirmed, Dr. Stephen Hahn of the MD Anderson Cancer Center in Houston would inherit a raft of high-profile public health issues, including leading the government’s response to the problem of underage vaping and the prescription opioid epidemic. The White House announced plans for the nomination in a statement, citing Hahn’s role as the cancer center’s top medical executive. The Senate will vote on whether to confirm the 59-year-old to the post. Headquartered in the Maryland suburbs outside Washington, the FDA regulates a variety of consumer goods, including prescription drugs, medical devices, tobacco and vaping products, cosmetics and most food.