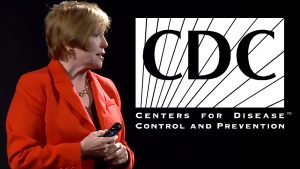 Scandalous CDC director RESIGNS after caught buying shares of vaccine maker Merck
while heading the CDC As yet more proof that the CDC functions as little more than an extension of thecorrupt vaccine industry, CDC director Dr. Brenda Fitzgerald was forced to resign yesterday following a scandalous Politico report that exposed her ownership of shares of Big Tobacco companies as well as Merck, a prominent vaccine manufacturer whose products are promoted by the CDC. The gross conflict of interest didn’t stop there, either: Fitzgerald also purchased shares of junk food companies and a tobacco corporation, according to media reports, all while she was serving as director of the CDC. “Documents revealed Fitzgerald had holdings in Reynolds American, British American Tobacco, Imperial Brands, Philip Morris International, and Altria Group,” reports CNBC.

Hello Robert I purchased a PEMF machine with the hope of it helping with my health and my husbands. I’m changing to a gluten free diet, no fried foods, eating organic which isn’t always possible but definitely as often as possible. My question is regarding hemorrhoids. Okay, this will be TMI but growing up my mother gave me an enema just about every day. Grew up on breads and pastas (Glue!!) and have always had bowel issues. I now have stage 4 hemorrhoids which the doctors want to operate on and they are giving me problems. Can you please give me help to combat this issue without surgery. Love you and the whole gang. 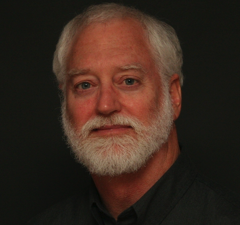 I am thrilled about my new book in which I share with you the productive fruits of a 20-year journey looking at cancer from a completely new perspective. This is the first notice in advance of my forthcoming crowdfunding campaign to raise money for getting the book ready for publication.

Almost everyone has some relationship to cancer. The public’s dread 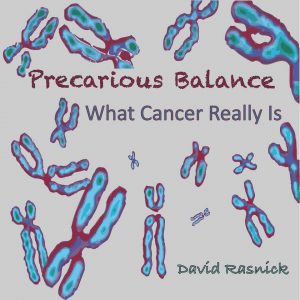 of cancer today is equal to the fear of plague in the Middle Ages. This is not surprising given the history of scientific research in this area. It is critically important for all of us to have the ability to make sense of a disease that afflicts our lives. My aim is to provide Clarity to a topic that can be overwhelming – even to scientists – and in the process replace fear (as much as possible) with the power of knowledge. The only way to do this is to truly understand how cancer starts and develops in order to come up with effective treatments that are not harmful.

Support The Indiegogo Campaign! – What Cancer REALLY IS!
New book reveals what was hiding in plain sight for nearly a century: Role of Chromosomes in Cancer

Emotional Support Animals – Should There Be Limitations? 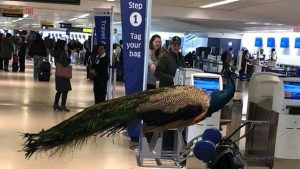 Artist, her emotional support peacock denied entry on flight A United Airlines passenger who tried to take her emotional support peacock with her on a cross-country flight has had the bird turned away by the airline because of health and safety concerns. New York City-based photographer and performance artist Ventiko says she bought a ticket for her peacock, Dexter, so he would have his own seat on Sunday’s flight from New Jersey’s Newark Liberty International Airport to Los Angeles. A spokeswoman for Chicago-based United says the peacock didn’t meet guidelines for several reasons, including its size and weight. Spokeswoman Andrea Hiller says the issues had been explained to the passenger three times “before they arrived at the airport.” 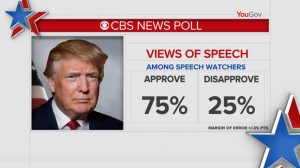 PELOSI FROWNS WHEN TRUMP CALLS TO ‘SUMMON THE UNITY WE NEED TO
DELIVER’ One lawmaker looked displeased at President Trump’s call to set aside political differences and work toward America’s common good: Rep. Nancy Pelosi (D-Calif.). In fact, she seemed to be the only lawmaker in the entire chamber who did not rise. Even the senate minority leader, Chuck Schumer, stood to applaud. “In the aftermath of that terrible shooting we came together, not as Republicans or Democrats, but as representatives of the people,” Trump said. “But it is not enough to come together only in times of tragedy.” When not visibly frowning, Pelosi instead appeared focused on cleaning something from her teeth. 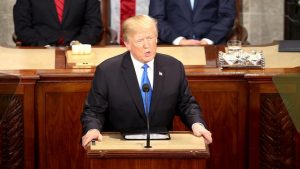 Trump urges Congress to pass ‘Right to Try’ experimental drug bill President Trump is calling on Congress to pass a bill aimed at allowing terminally ill patients to request access to experimental drugs the Food and Drug Administration (FDA) hasn’t yet approved. “We also believe that patients with terminal conditions, terminal illness, should have access to experimental treatment immediately that could potentially save their lives,” Trump said in his State of the Union address Tuesday. “People who are terminally ill should not have to go from country to country to seek a cure. I want to give them a chance right here at home,” he continued. “It’s time for Congress to give these wonderful, incredible Americans the ‘right to try.’” 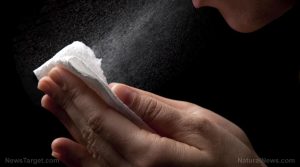 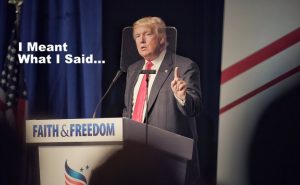 Trump Smashing “Vaccine Mandates” LIKE A BOSS! After fifteen years as an activist, this may be my most controversial article EVER.  Those on the right may hate what I have to say.  Those on the left may hate what I have to say.  But this is about being REAL. Before you criticize what I say, I want you to THINK.  This is about fighting under a banner of principle, rather than Party. On Friday, January 26, 2018 the Trump Administration published in the Federal Register it’s proposed guidelines regarding “Conscience Rights in Health Care.”

My hatred of Donald Trump has been bottomless. Then my car broke down outside the Women’s March in DC I spent a Saturday this month at the Women’s March in Washington, D.C., and I arrived home feeling heartbroken. It was the last way I expected to feel. I had spent the morning sitting on the steps of the Lincoln Memorial with my 16-year-old daughter, Katherine, whose silent tears on election night in 2016 had marked the beginning of this national nightmare for me. She had insisted we drive from Charlotte to D.C. this year so that we could “protest in front of the president’s house.”