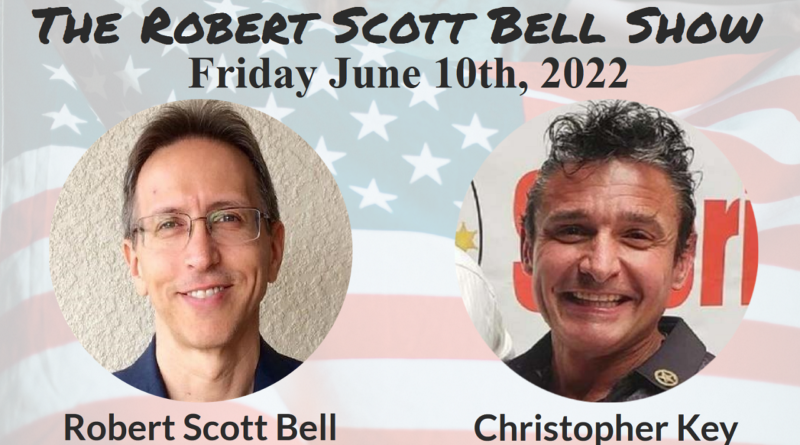 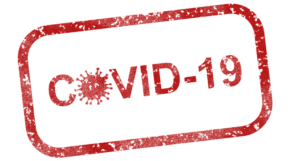 COVID Truths Are Triumphing Worldwide Now Information about COVID policies that was dismissed as “fake news” or “conspiracy theories” and had been cancelled by “fact checkers” is now increasingly being recognized as correct by a growing number of people. The tide is turning fast worldwide now as the enormous harm that the COVID policies have caused is increasingly acknowledged. Even the corporate media is reporting on the sea change now. The disastrous COVID policies of the CDC, FDA, and NIH have caused a growing number of Americans who trusted them without question to lose faith in them. More people who used to accept the mantra that all vaccines are “safe and effective” are now taking a closer look. The Highwire is hosted by Del Bigtree on Thursdays from 2-4 pm ET. Del was the producer of Vaxxed: From Cover-Up To Catastrophe. On June 2, The Highwire explained that we are at a major turning point now as more of the truth about COVID is revealed. It reported that while anyone (including doctors and parents) who questioned vaccines used to get dismissed as “anti-vaxxers”, now questioning vaccines is no longer taboo. 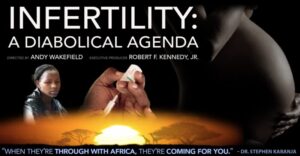 Dr. Andy Wakefield and Children’s Health Defense Films Announce the Premiere of ‘Infertility: A Diabolical Agenda’ From award-winning filmmaker Dr. Andy Wakefield, in collaboration with executive producer Robert F. Kennedy, Jr. and Children’s Health Defense (CHD) Films comes the documentary “Infertility: A Diabolical Agenda.” The film exposes a World Health Organization (WHO) population control experiment carried out under the guise of a vaccination program, resulting in the sterilization of women in Africa without their knowledge or consent. The film will premiere on Friday, June 10 at 2:00 pm ET on CHD.TV. Immediately following the 30-minute film, a special edition of CHD.TV’s “Friday Roundtable” will feature special guests Dr. Andy Wakefield, Dr. Christiane Northrup, Dr. Jim Thorp, Dr. Brian Hooker and Dr. Liz Mumper to discuss the dramatic rise in infertility issues across the globe. “It is with timely irony that the World Health Organization reveals its true colors as it makes a desperate grab for control of global health,” said director Dr. Andy Wakefield. “This story is a true ‘WHO’ dunnit.” “Infertility” pulls back the curtain to reveal the truth behind WHO’s nefarious collaboration with the Kenyan government in which an experimental tetanus vaccination, later found to be laced with the pregnancy hormone βhCG, was given to millions of unknowing African women of childbearing age. Consequently, their right to carry children was stolen. Wakefield chronicles this tragic story and brings shocking new evidence to light. As Dr. Stephen Karanja warns in the film, “When they’re through with Africa, they’re coming for you.” 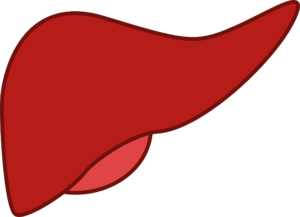 You may be an adult — but your liver is just 3 years-old! It turns most healthy people have the liver of a toddler — regardless of how old they really are! A new study has discovered that this unique organ has the ability to regenerate, meaning that it maintains an average age of less than three throughout a person’s lifetime. An international team says the liver has the ability to regenerate after sustaining damage. Until now, however, scientists didn’t know if this ability deteriorated with age. Researchers used the technique called retrospective radiocarbon birth dating to examine the age of the liver in a group ranging in age from 20 to 84. Results revealed that no matter how old the person was, the liver maintained an age of roughly three years. Study authors note their findings prove that aging does not apply to the liver and the body’s ability to refresh this vital filter. Scientists explain that the liver is so extremely important to human health because it clears out toxins from the body. However, because it is constantly performing this dirty job, the liver has a high risk of suffering damage. To prevent this, the liver constantly regenerates a large portion of its cells. 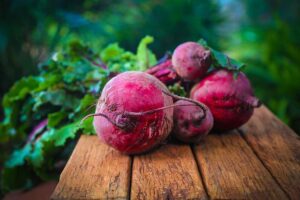 Beetroot juice may aid people with coronary heart disease – study A daily glass of beetroot juice could reduce harmful inflammation in people with coronary heart disease, according to new research. Coronary heart disease is the most common type of heart disease, the most common cause of heart attacks and the single biggest killer of both and men and women worldwide. People with the condition have lower levels of nitric oxide, which is produced naturally by the body and is vital for good health. In addition to its role in regulating blood pressure, it has important anti-inflammatory effects. “Inflammation is vital to protect the body from injury and infection,” said Dr Asad Shabbir, clinical research fellow at Queen Mary University of London, which led the research. “However, in people with coronary heart disease persistent inflammation can exacerbate the furring of the arteries, making their condition worse and increasing their risk of a heart attack. “Our research suggests that a daily glass of beetroot juice could be one way to get inorganic nitrate into our diet to help to interrupt harmful inflammation.” The research funded by the British Heart Foundation (BHF) was presented at the British Cardiovascular Society conference in Manchester. 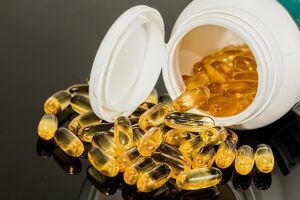 Study shows people with a high omega-3 DHA level in their blood are at 49% lower risk of Alzheimer’s New research published today in Nutrients shows that people with a higher blood DHA level are 49% less likely to develop Alzheimer’s disease vs. those with lower levels, according to the Fatty Acid Research Institute (FARI). The study, led by Aleix Sala-Vila, Ph.D., suggested that providing extra dietary omega-3 DHA, especially for those carrying the ApoE4 gene (which approximately doubles an individual’s susceptibility to develop AD) might slow the development of the disease. Such a cost-effective, low-risk dietary intervention like this could potentially save billions in health care costs. In this prospective observational study conducted within the Framingham Offspring Cohort—including 1,490 dementia-free participants aged ≥65 years old—researchers examined the association of red blood cell (RBC) docosahexaenoic acid (DHA) with incident Alzheimer’s Disease (AD), while also testing for an interaction with APOE-ε4 carriership. Risk for incident AD in the highest RBC DHA quintile (Q5, >6.1%) was 49% lower compared with the lowest quintile (Q1, <3.8%). An increase in RBC DHA from Q1 to Q5 was predicted to provide an estimated 4.7 additional years of life free of AD. Further, the researchers noted that an increased intake of DHA might lower risk for developing AD, particularly in higher-risk individuals such as those carrying the APOE-ε4 allele, suggesting that they may benefit more from higher DHA levels than non-carriers. 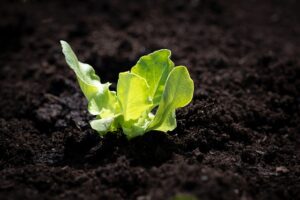 How to Get Started With Kitchen Scrap Gardening Kitchen scrap gardening is another way to recycle rather than buy. The basic premise is that some vegetables, though not all, will regrow from their parts. By recycling kitchen scraps, we save money on the grocery bill. It’s environmentally friendly, can be done in small spaces, and can even serve as a science experiment for the kids. Best of all: home-grown vegetables aren’t treated with pesticides or anything else, and the nutrient density is higher since it wasn’t picked for travel before ripening. In fact, many things from our Cut-and-Come-Again gardens can be regrown in this way. What’s not to love? Not every vegetable can be grown in this way, and it may be better to start with organic produce since many store-bought vegetables have been treated with non-sprouting agents. Also, not everything will sprout. Keep an eye on things and if you haven’t seen sprouts developing in about one week, toss it and try again. There are many techniques, each one applicable to certain vegetables. Let’s start with the obvious. Whether it’s a tomato, cucumber, or even an avocado, vegetables come with seeds. Why buy what Nature gives us freely? Yes, there are some caveats. There’s no way to know what variety the plant comes from or if that variety is an heirloom, open-pollinated, or a hybrid. You’ll still get a perfectly edible vegetable. It simply may not look like the parent plant. Keep what works and toss what doesn’t, and add up what that would cost you from the grocery store. I think you’ll count yourself as better off. (You need to know how to preserve what you grow! Check out our free QUICKSTART Guide to home canning.) 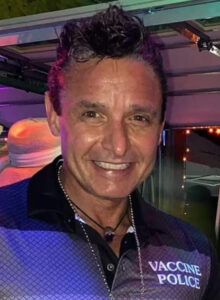 What would you do to protect your children from toxic and dangerous injections? What would you not do? What about masks? Would you be willing to stand up to authoritarians trying to limit your children’s ability to breathe freely? Christopher Key has owned a health club called Steel City Fitness, which specialized in health and wellness, and co-owned a company called SWAT. He also started a company called Health Management Systems that utilized a device that measures body fat. He has been on the cover of Sports Illustrated and he helped professional athletes and the public without drugs, chemicals, and surgery until the government came and seized everything he owned and shut him down. This happened seven years ago. He was recently fired from his job of six years for being a patriot and after standing against a tyrannical school board in Alabama. It was because of Key’s efforts that the mask mandate was lifted, and kids will not have to provide proof of inoculation to return to in-person learning in the fall. Since publicly announcing that victory and encouraging fellow Americans to fight against the unconstitutional mandates, he has been fired from his job by his ‘bully boss’. Rather than feeling sorry for himself, he has responded to a higher calling, and will be traveling the country to fight for YOUR KIDS! 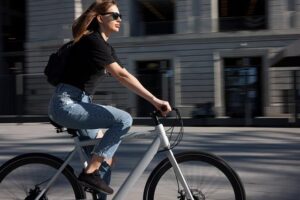 More people turning to bikes as gas gets more expensive With gas at record-high levels, some people are trading four wheels for two. The national average for a gallon of gas has reached $5 per gallon, according to GasBuddy. With commuting getting more expensive, people across the nation are turning to bicycles as an alternative for getting around. “Where I drive to is just work and back,” one person said to NewsNation. “Everywhere else, I just use my bike now.” “I don’t plan on doing any traveling this year because of gas prices,” another person said. Bike sales have gone up in some cities, although some bike shop owners told NewsNation that supply chain delays have slowed down their business. Some places have have been waiting for parts for months because of snarls in the supply chain, something that has been seen in many industries because of the COVID pandemic. Jim Gardner, CEO of Good Karma Bikes in San Jose, California, said demand for commuter bikes is through the roof, NewsNation local affiliate KRON reported. “(Demand is) more than we have ever seen in 13 years. It’s been tough for us to keep up with demand right now,” Gardner said.  Bloomberg reports that electronic bikes have also recently been seeing a boom. Pedego CEO Don DiCostanzo, who oversees the e-bike brand’s dealerships, told Bloomberg they’re seeing a “big spike” in orders coming in way ahead of the season.