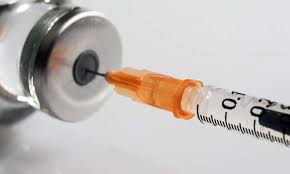 Declaring vaccine hesitancy one of the ten biggest health threats in 2019 is unhelpful The World Health Organization (WHO) recently declared vaccine hesitancy one of the ten biggest threats to global health in 2019, along with air pollution and climate change. The declaration followed several measles outbreaks in Europe and the US, but most cases were in a country where the health system had broken down: Ukraine. Nothing suggests that these outbreaks were caused by the few who declined a measles vaccine. A substantial proportion of cases occurred in people who had been vaccinated—so the outbreaks were mainly the result of broken healthcare systems and vaccine failure rather than vaccine hesitancy. But the WHO declaration provides extra motivation for the health authorities in many countries that now mandate or consider mandating vaccines. The rhetoric is well known: vaccines work, the science is settled, vaccine-hesitant parents are uninformed or misguided victims of the social media platforms where crooks spread fake science. 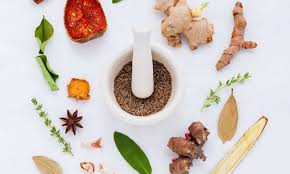 Medical education does not equip students to provide high quality nutritional care to patients Worldwide, nutrition is insufficiently incorporated into medical education, meaning that medical students lack the confidence, skills and knowledge to provide nutritional care to patients, according to a systematic review of 24 studies published in The Lancet Planetary Health journal. The authors recommend that nutrition education be made compulsory for all medical students, a global benchmark on the required level of nutrition knowledge for future doctors be established, and more funding be put towards developing new ways to teach nutrition in medical school. Globally, 11 million deaths annually are attributable to poor diet, making it the leading risk factor for death across the world. Accordingly, many countries recommend that doctors apply nutrition knowledge in practice to support patients to manage lifestyle-related chronic disease and other diet-related conditions. However, these findings suggest that nutrition in medical education is lacking in all countries studied. 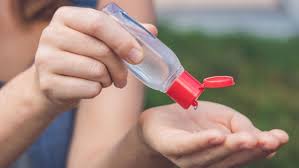 Using hand sanitizer may be giving you a false sense of security As you reach for a tissue and blow your nose you notice your coworkers recoiling in horror, so you make a reassuring pump of the hand sanitizer. “See, I’m protecting you!” you want to say to them as you rub the translucent goop across your hands. But are you really protecting them? A new study shows that quickly smearing an ethanol-based hand sanitizer onto your hands probably won’t kill those cold and flu bugs. According to the study, it’s because your fingers are still wet with mucus. Japanese researchers dabbed wet mucus harvested from people infected with influenza A onto the fingertips of 10 plucky volunteers and then applied hand sanitizer. The ethanol didn’t kill the flu virus, even when the sanitizer was left on their fingers for a full two minutes. It took four minutes to fully deactivate the virus so that it wasn’t infectious. 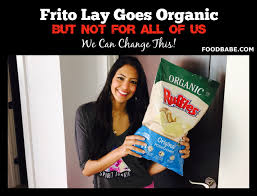 This Frito Lay Organic Product Sent Shockwaves Through Me – Help Get It Everywhere Everyone knows that chips aren’t exactly healthy and many of us eat them anyways. They are part of our culture whether we like it or not. Super Bowl Parties. Vending Machines. Side Items. School Lunches. They are everywhere and that’s why seeing a very popular chip change sent shockwaves through me and a burst of hope shot up my spine. I was recently near San Francisco visiting a local Costco store and saw a huge display of Organic Ruffles in one of the aisles. I was really surprised to see this because I’d never seen Organic Ruffles, and in fact, I had never seen a certified organic Frito Lay product ever in my life. Turns out that these chips are an exclusive deal, and are only available to Costco members. Costco wanted to have more organic snacks available to their customers, so they asked Frito Lay and got them. I also came to find out that it’s not just Ruffles and that Costco also asked Frito Lay for an organic version of Stacy’s Pita Chips, and also limited-edition Supreme Cheddar Doritos without the MSG (that you find in regular Doritos). Go Costco! 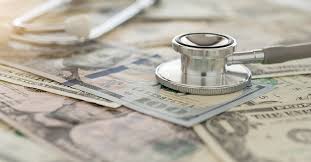 Is Doctors’ Cash Incentive Sidelining The Hippocratic Oath? California likes to brag about its “outsized influence” on the rest of the United States and its vaunted tendency to “experience the future earlier than other parts of the country.” However, having just passed the most draconian vaccine law in the nation—one that decimates the doctor-patient relationship and tells medically fragile children that they have no right to bodily integrity—it would appear that the state’s lawmakers and the medical trade groups that were only too happy to co-sponsor the legislation think it is trend-setting to model medical tyranny and the overthrow of the Nuremberg Code. Within hours of the California Assembly’s 48-19 passage of SB 276, California Senators followed with their approval (28-11)—with all “ayes” in both chambers being Democrats—and the Democratic governor signed it along with last-minute companion bill SB 714. Illustrating the arrogant attitude prevailing among officialdom, the state health director (who recently resigned) casually dismissed the thousands who showed up to oppose the bill as “flat-earthers” and “booger-eaters.” 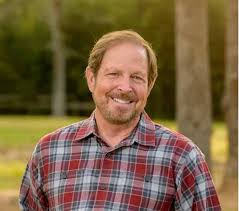 By all standards of success, James Templeton seemed to have it all. He was a highly successful businessman, had a beautiful wife and daughter, and, only in his early thirties, had his whole life in front of him. To avoid the same fate as his father and grandfather, who both died of heart attacks at a young age, James became an avid runner―a passion that he believed helped him stay fit and healthy. Imagine his shock when, during a routine physical, his doctor noticed a mole on his body that turned out to be a melanoma―a dangerous form of skin cancer. The mole was removed immediately and James, who was diligent in his follow-up exams, appeared to be cancer-free―but only for a short while. When the cancer reappeared and had spread, on the advice of his doctor, James followed the conventional medical 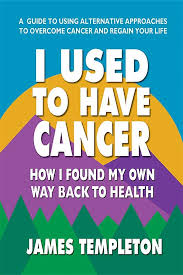 protocol, which included surgery and chemotherapy. He was also involved in a clinical trial. When he learned that the treatments weren’t working, James was obviously devastated. He had reached a new low point in his life, and as he lay in the hospital bed, he prayed fervently for help. As if by some miracle, help came to James in the form of three different visitors who would change the course of his life―and help direct him on a path back to health.

I Used to Have Cancer is James Templeton’s memoir―an inspiring look back at his unique journey in overcoming stage 4 melanoma. James takes you with him on a trip crisscrossing America, during which he shares the various natural approaches he followed to battle his cancer―from diet and supplements to meditation and lifestyle adjustments. As his journey continued, you will see first-hand how James’ definition of success changed from making money to seeing the next sunrise. And how he continues finding success by reaching out to others to share the lessons he has learned. While this book largely focuses on the various methods James used to overcome his own cancer, it is also an inspiring story of not giving up when all other avenues of conventional medicine fail. It is about taking control of your life and finding a way back from the brink of death. It is about being able to tell your friends, “I used to have cancer.” 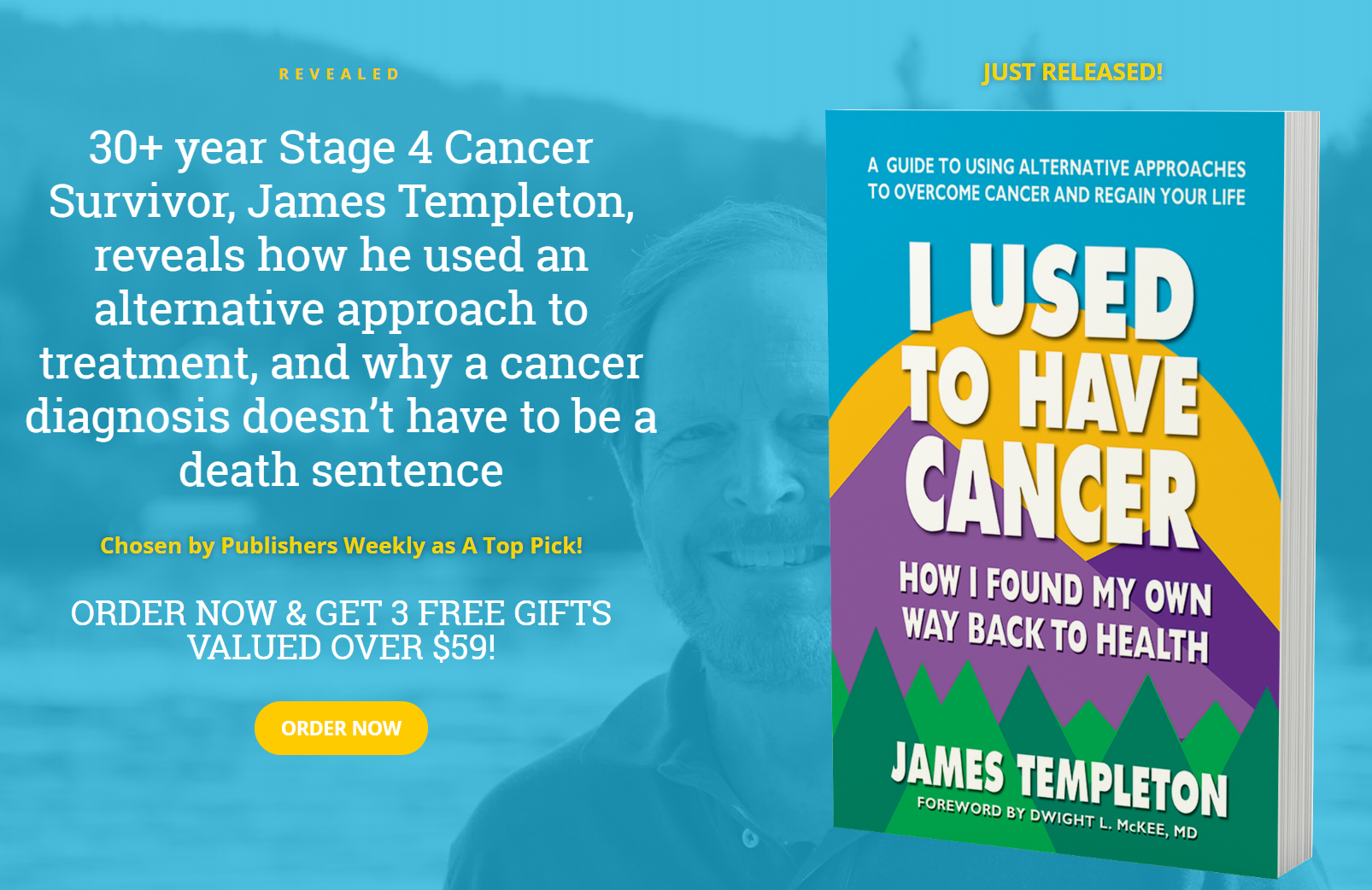