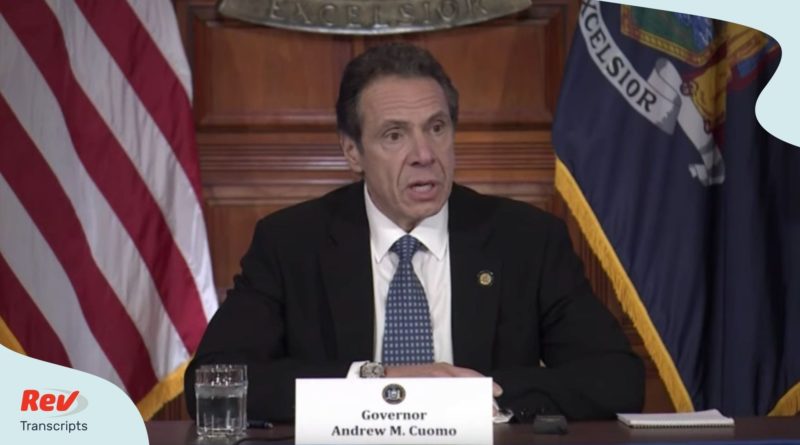 ‘Wildly Irresponsible’: CNN’s Tapper, Gupta Slam Gov. Andrew Cuomo’s Latest Statement On Pandemic CNN’s Jake Tapper and Sanjay Gupta slammed Democratic New York Gov. Andrew Cuomo on Monday over his comments concerning health experts in his state. In the broadcast of his show “The Lead With Jake Tapper,” Tapper was joined by Sanjay Gupta to discuss the coronavirus vaccine rollout and testing. The conversation turned to Cuomo’s comments when Tapper brought up The New York Times piece published Monday about the resignations of some of New York’s top health officials. Tapper played a video clip of Cuomo’s Friday press conference in which he stated, “When I say experts in air quotes, it sounds like I’m saying I don’t really trust the experts. Because I don’t. Because I don’t.” “Sanjay, that seems like a wildly irresponsible thing for a leader to say during a pandemic. We need the public to believe the experts. Do you have any concerns?,” Tapper asked Gupta after playing the video. “I’m really quite stunned that that’s what he said, and I’m curious to talk to him and understand, clarify that a bit,” Gupta responded. “I mean, it is true that New York has had success. They had terrible numbers in the spring of last year but were able to bring those numbers under control. A lot of that was because of the experts and because of sort of carrying through on plans that sometimes are hard to sort of understand at the time.” 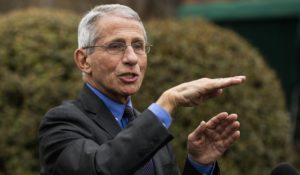 Fauci reverses himself again, says double masking for COVID-19 doesn’t ‘make a difference’ First he said don’t wear a mask. Then he said wear a mask. Then he said wear two masks. Then he said just wear one mask. Keeping up with Dr. Anthony Fauci’s mask-wearing recommendations is getting tough. Back in March, just as the COVID-19 pandemic was emerging, Fauci, the country’s top infectious disease expert, said, “There’s no reason to be walking around with a mask.” “When you’re in the middle of an outbreak, wearing a mask might make people feel a little bit better and it might even block a droplet, but it’s not providing the perfect protection that people think that it is,” the doctor said on CBS News. Of course, we didn’t know much back then, and how to slow the spread has since evolved. Soon after Fauci made his comments, experts – including those in the Center for Disease Control and Prevention – said Americans should wear masks, citing estimates that 40% or more of those infected were asymptomatic but could still spread the virus. “We were not aware that 40% to 45% of people were asymptomatic, nor were we aware that a substantial proportion of people who get infected get infected from people who are without symptoms. That makes it overwhelmingly important for everyone to wear a mask,” Fauci said in September, noting that “the data now are very, very clear.”

Rep. Thomas Massie: CDC Is Lying About The Efficacy Of The Vaccine For People Who Already Had COvID “Full Measure” host Sharyl Attkisson speaks with Rep. Thomas Massie, a scientist, who says the CDC is either lying or very mistaken about the COVID-19 vaccine. Massie calls it misinformation. CDC chalks it up to an “honest mistake.” Whatever it is, it resulted in vaccines going to some who are said to need it the least depriving others who are said to need it the most. 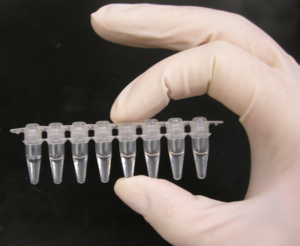 Appropriate use of PCR needed for a focused response to the pandemic On January 13, 2021, the World Health Organization (WHO) issued a little-noticed technical report that calls into question many of the policies that we have adopted to control the spread of the SARS-CoV-2 virus. At the heart of all the data on COVID-19 cases is the reverse transcriptase-polymerase chain reaction (RT-PCR) test, which can detect the virus in nasal swabs. The test is used, sensibly, to guide medical treatment for patients who display COVID-19 symptoms. Less sensibly, it is often used to identify people with no symptoms at all as positive “cases” and impose long quarantine periods on them. The WHO’s guidance on the RT-PCR test emphasizes two things that have long been known in the scientific literature and public health practice but inexplicably ignored in COVID policy for almost a year. First, they point out that a positive COVID test does not necessarily mean that someone has any capacity of infecting someone else with the virus. Therefore, it instructs laboratories to report a key statistic that indicates how likely a positive test result actually constitutes infectious COVID-19. And second, the WHO warns against relying on a single test for patients without clinical COVID-19 symptoms. 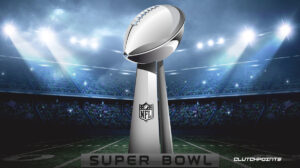 Use Noisemakers, Consider An Outdoor Projector: CDC Urges Safe, Physically-Distant Super Bowl Watch Parties With millions of football fans getting ready to watch the Kansas City Chiefs and the Tampa Bay Buccaneers face off at this Sunday’s Super Bowl, the CDC has a few tips on how to stay safe while enjoying the big game. Not surprisingly, experts from the Centers for Disease Control and Prevention say the safest way to watch the Super Bowl is at home with the people you live with. But authorities are aware that many won’t heed that guideline, so they have a few tips for attending a watch party or even going to the game. Fans should wear a mask indoors and outdoors, except when eating or drinking. In cold weather, masks should be worn underneath scarves or ski masks, and people should carry a spare mask in case the first one gets wet from snow or rain, according to the CDC. At any event, even outdoors, people should avoid close contact with anyone who is not part of their household. Crowds and indoor spaces that are not well-ventilated should be avoided. If holding an outdoor viewing party, hosts should consider using a projector screen outside so guests have enough space to maintain a 6-foot distance from each other, the CDC said.

Covid-19 vaccine information – to consent or to decline We are continually bombarded with information about the COVID-19 pandemic and encouraged to receive the COVID-19 vaccines. Many are making the decision to consent or refuse these with little information. To make an informed decision about receiving a vaccine requires: 1) full and complete information regarding safety and side effects, 2) explanations of efficacy and effectiveness, 3) ingredients including any adjuvants, preservatives, and genetic material, and 4) vaccine companies’ lack of liability for damages. The use of human fetal cell lines should be made known to all recipients and those who administer the vaccines. This includes development, production or any testing of the vaccines, no matter how remote the cooperation. The cause of the present pandemic is a virus, first labeled as the Wuhan virus or the China virus. The official name of the virus is Severe Acute Respiratory Syndrome Coronavirus 2, abbreviated (SARS-CoV-2). The name of the disease it causes is coronavirus disease 2019, abbreviated as COVID-19. In COVID-19, ‘CO’ stands for ‘corona,’ ‘VI’ for ‘virus,’ and ‘D’ for disease. There are many types of human coronaviruses including some that commonly cause mild upper-respiratory tract illnesses.

You can take part in proponent testimony for SB22, a bill that will rescind ODH and Gov. DeWine orders if passed SB 22 has proponent testimony hearing on Wednesday, February 3 at 10:30 a.m. in the Government Oversight and Reform Committee.SB 22 establishes legislative oversight of the Governor’s executive orders and certain public health orders, including by establishing the Ohio Health Oversight and Advisory Committee. 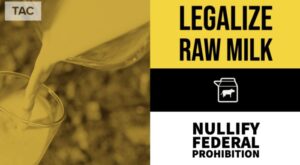 Hawaii Bill Would Expand Raw Milk Sales; Foundation to Nullify Federal Prohibition Scheme A bill filed in the Hawaii House would allow for the sale of raw milk at the place of production. Passage of this bill would not only expand Hawaii’s raw milk market; it would take a step toward nullifying a federal prohibition scheme in practice and effect. In late January, Rep. Mark Nakashima introduced House Bill 685 (HB685). The legislation would allow milk producers to sell raw milk and raw milk products directly to consumers, as long as that milk is properly labeled, and sold by a farm that has no more than two milk bearing cows. Under current law, the sale of raw milk for human consumption is completely prohibited in Hawaii. Passage of either bill would not only take the first step toward opening up the raw milk market in the state; it would also move forward efforts to nullify a federal raw milk prohibition scheme. FDA officials insist that unpasteurized milk poses a health risk because of its susceptibility to contamination from cow manure, a source of E. coli. “It is the FDA’s position that raw milk should never be consumed,” agency spokeswoman Tamara N. Ward said in November 2011.