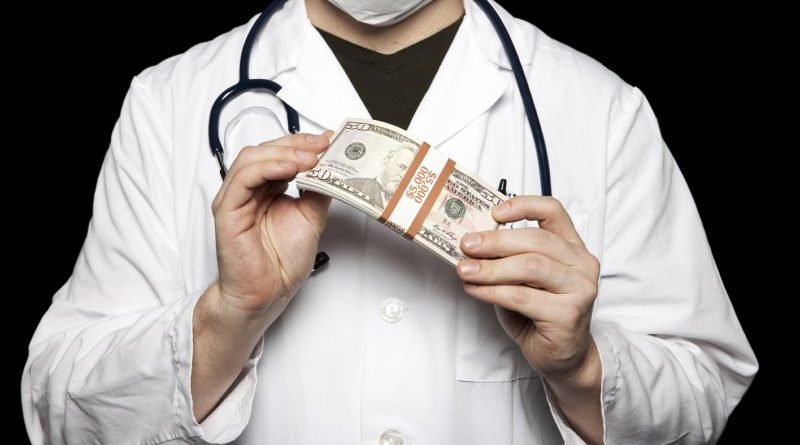 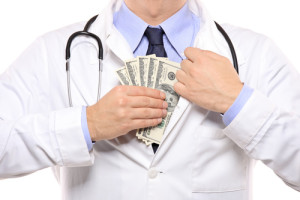 Prominent Doctors Aren’t Disclosing Their Industry Ties One is dean of Yale’s medical school. Another is the director of a cancer center in Texas. A third is the next president of the most prominent society of cancer doctors. These leading medical figures are among dozens of doctors who have failed in recent years to report their financial relationships with pharmaceutical and health care companies when their studies are published in medical journals, according to a review by ProPublica and The New York Times and data from other recent research. Dr. Howard A. “Skip” Burris III, the president-elect of the American Society of Clinical Oncology, for instance, declared that he had no conflicts of interest in more than 50 journal articles in recent years, including in the prestigious New England Journal of Medicine. However, drug companies have paid his employer nearly $114,000 for consulting and speaking, and nearly $8 million for his research during the period for which disclosure was required. His omissions extended to the Journal of Clinical Oncology, which is published by the group he will lead. 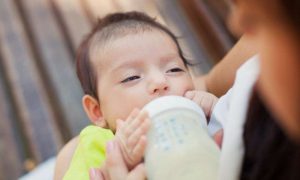 Infant milk allergy rate soars as investigation finds senior child doctors have extensive industry links There has been a six-fold increase in sales of infant formula prescribed for babies with cows’ milk protein allergy in the United Kingdom from 2006 to 2016. This is despite no evidence of a concurrent increase in the prevalence of infants with the allergy. An investigation published today in the BMJ found infant formula manufacturers have been funding the development of guidelines for the diagnosis and treatment of cows’ milk allergy as well as providing research and consultancy funds to those who wrote them. Rates of cow’s milk allergy appear to have been relatively stable – estimated at between 1-2% over the last decade. Research has found the perception of an allergic response to cow’s milk protein in children is ten times greater than what actual diagnosis would indicate. This means guidelines on allergy for doctors are really important. In some cases, doctors who spoke to the BMJ said the guidelines were so vague that “virtually every single infant could potentially be diagnosed using these symptoms.” A diagnosis can only be made only by excluding cow’s milk protein from the maternal diet, observing symptoms, and then reintroducing it. But the BMJ paper notes that evidence for advising such exclusions to treat non-specific symptoms in breastfed infants is weak.

Best source of silica supplement as heard you recommended?

I watched you on TTAC global quest. My wife has a tumor in thyroid. Not confirmed cancerous, but is 2.5 mm big. What would you suggest doing for treating it. She is also 14 weeks pregnant…. we have to be careful I know! Any suggestions would be greatly appreciated!!

Do you have any remedies for bunions? I’ve been told the only way to get rid of a bunion once you have one is surgery. I went to a surgeon for a consultation and they said it has already affected my second toe and I will also need a pin in the second toe to straighten it in addition to removing the bunion. I’m going to get a second opinion, but wanted to check with you first. Dr. Batar mentioned on Dec 4th about stents being metal in the body and I got to thinking…do I want metal in my toe?

Hey RSB and Super Don,
I enjoy listening to your show. I have a question for you. My mom is 93 and on oxygen- the constant air flow in her nostrils weakens and dries the lining. We have used saline, always humidifiers, and some coconut oil in her nostrils, but she is still having a lot of nose bleeds. Do u have any suggestions to help with the nose bleeds? Thank you. Silver?

Ho, ho, ho — don’t eat raw cookie dough: CDC The holidays are upon us and for many that means family time in the kitchen preparing delicious baked goods and maybe even licking the spoon before the cookies go into the oven. So the Center for Disease Control and Prevention (CDC) put out a warning this week to, “Say No To Raw Dough!” Dr. Todd Ellerin — who admits he doesn’t bake — said it’s the raw flour and uncooked eggs that can make us sick. “People may not be aware that flour is not treated to destroy bacteria and there have been outbreaks of a certain type of E. coli linked to the ingestion of raw dough,” said Ellerin, director of infectious diseases at South Shore Hospital in Weymouth, Massachusetts and an instructor at Harvard Medical School. In 2016, an outbreak of E. coli infections linked to raw flour made 63 people sick. 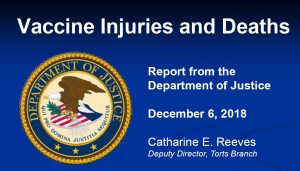 U.S. Government Pays Out Millions to Flu Shot Victims Killed or Paralyzed by Influenza Vaccine Flu season is in full swing, and once again reports are coming in that formerly healthy people are suffering serious harm or even dying from taking the flu shot. The fact that the annual flu shot is deadly and dangerous is not a fact even in dispute. But these facts are seldom, if ever, communicated to the American public before marketing the flu shot to the entire population, including those most vulnerable such as young babies and sick seniors, as the flu shot is marketed in retail pharmacy stores across the nation as if they are just as safe as buying a candy bar or pack of gum. As you will see below, the Department of Justice report on compensated cases for vaccine injuries and deaths in the U.S. Vaccine Court, submitted each three months to the federal government Advisory Commission on Childhood Vaccines (ACCV) under the U.S. Department of Health and Human Services, shows that millions of dollars are being spent for injuries and deaths due to the flu shot. As far as I know, Health Impact News is the only news source publishing this government data on compensated cases due to vaccine injuries and deaths. The December 6, 2018 meeting just concluded, and government attorney Catharine Reeves reported that there were 144 settlements for vaccine injuries and deaths the past 3 months, and 89 of those cases were listed in her report (see below). Some of these cases took more than 5 years to settle. Of those 89 cases compensated, 77 were for injuries and one death caused by the flu shot, making the flu shot the most dangerous vaccine in the United States, by far. 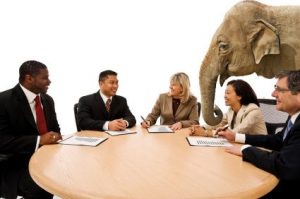 Unintended Consequences: The Elephant in the Room There appears to be a constant disconnect between the consumer and an industry that is bringing products to the market for consumption. Whether we are talking about Genetically Engineered (GE) food, utilities, or pharmaceutical products, that void is always there. Thankfully we have government regulatory agencies that were created to protect us, the consumers, from very real risks of these products. But, what happens when the consumer is not informed of the risks being discussed between regulatory agencies and the industry? What we end up with is a governing body that determines the risk-to-benefit ratio for us without fully disclosing the actual risks involved. My intention here is to bring to light one of these risks as it applies to the development of biological products for consumption, whether via injection or ingestion. This is a task that calls for critical thinking: “the objective analysis and evaluation of an issue in order to form a judgment.” Critical thinking requires an ability to ask pertinent questions and have full access to information in order to connect the dots to form the bigger picture. On September 19th, 2012, the Food and Drug Administration (FDA) had a meeting to discuss Cell Lines Derived from Human Tumors for Vaccine Manufacture. The briefing document and transcript of the meeting can be found here and here. Much of the discussion presented in this article will revolve around the admissions found in these documents. 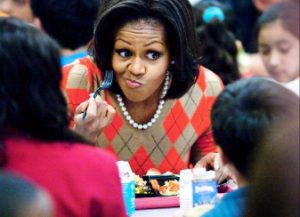 GREAT AGAIN: Schools bring back chocolate milk as Michelle O lunch rules eased When former first lady Michelle Obama’s strict limitations on school lunches went into effect, students across the country dumped the unappetizing offerings in the garbage, a debacle that cost taxpayers billions in wasted food and lunchroom sales. Students, parents, administrators and lunch staff pleaded with the U.S. Department of Agriculture to roll back the restrictions – specific limits on everything from total calories to fat, sugar, sodium, and whole grain content – and the government created various waivers to allow schools to serve students food they will actually eat. Now, the Trump administration is scrapping the unnecessary bureaucracy altogether by making many of the changes permanent, effectively erasing rules that some believe unfairly targeted minorities and ignored cultural diversity. Diane Pratt-Heavner, spokeswoman for the School Nutrition Association representing local cafeteria workers, explained the situation to the Associated Press.