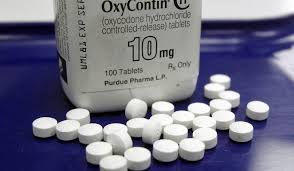 Big Pharma and D.C., joined at the lobbying hip Ask people which special interest drops the most lobby money into D.C. and most would guess attorneys or environmentalists, or perhaps even unions. But it’s none of the above. It’s actually Big Pharma. And that explains a lot — namely, why America has become a nation of pill poppers. We have a prescription for everything nowadays. Don’t agree? Flip on the TV. Count how many different ads cross the screen in any given hour promising fixes for this, cures for that. Then count how many others cross promising fixes and cures for the side effects the first batch brings. In 2015, Big Pharma spent $5.4 billion on ads that targeted consumers, Kantar Media reported. In return, Americans spent $457 billion on prescription drugs, Drug Watch reported. No wonder Big Pharma stomps so heavily into the political world. “The pharmaceutical industry is holding on to its title as the top lobbying force in Washington,” OpenSecrets.org reported. “Drugmakers have spent more than $129 million through September, slightly down from nearly $133 million at this time last year, but still far more than any other industry.” 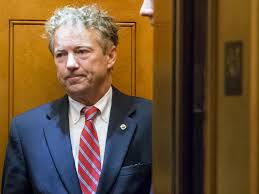 Rejecting Rand Paul’s Budget, Republicans Commit to Fiscal Irresponsibility If Rand Paul’s budget proposal was, as he said, a litmus test for conservatives, most of them failed it. The Senate on Thursday resoundingly rejected the Kentucky Republican’s plan to balance the federal budget by 2023, voting 76 to 21 against a bill that would have required a $400 billion cut in federal spending next year, followed by 1 percent spending increases for the rest of the next decade. Republican hawks took the floor to blast Paul for trying to undermine the American military, even though his proposal would have let Congress decide how much to cut from each department, including the Pentagon. “Let me tell you what that means to the military,” said Sen. Lindsey Graham (R-S.C.) before voting against the bill. “Devastation. This budget throws our military in the ditch.” 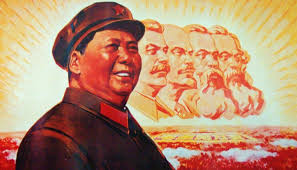 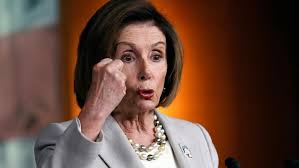 House approves impeachment inquiry rules after fiery floor debate A sharply divided House voted Thursday to approve a resolution setting “ground rules” for the impeachment inquiry into President Trump, putting lawmakers on record over the contentious process while setting the stage for proceedings to move into the public eye after weeks of closed-door depositions. The measure passed largely along party lines, 232-196. Two Democrats defected on the vote. The first formal floor vote in relation to the impeachment probe announced a month ago by Speaker Nancy Pelosi followed a fierce debate in the chamber, where Republicans accused Democrats of launching a de facto “coup” against the president in a “pre-ordained” bid to overturn the results of the 2016 election. “A yes vote on this resolution today gives a stamp of approval to a process that has been damaged beyond all repair and a blatant and obvious coup to unseat a sitting president of the United States,” Rep. Ross Spano, R-Fla., said. 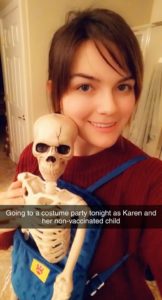 Woman’s Halloween costume mocking anti-vaxxers ignites debate A woman’s “last minute Halloween idea” that was posted to Facebook has ignited fierce debate. The young woman, who goes by the name ‘Autumn Dayss’ on social media, posted a selfie photo of herself with a small skeleton that appeared to be strapped in a baby-carrier. Her accompanying caption read: “My last minute Halloween idea lol”, while across the image were the words: “Going to a costume party tonight as Karen and her non-vaccinated child.” For context, the name ‘Karen’ is a 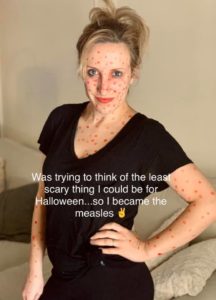 popular slang word that’s used in online meme culture. The name is generally seen as a catch-all term for an irritating, entitled woman with little self-awareness. While the vast proportion of Facebook users found Ms Dayss’ Halloween costume and its inherent jab at parents who refused to vaccinate their kids “hilarious”, some comments called it “disgusting and vile”.

Since being posted on October 26, the photo has amassed 36,000 reactions, 125,000 shares and more than 11,000 comments. But since it was posted, the photo also has “cruel or sensitive content” warning on it, which resulted in it been hidden from automatic viewing. It is unclear when this warning started to appear. More than a few people found this in itself hilarious, with one person joking the censorship had been brought about “all the Karens complaining”. Another joked Ms Dayss had “upset the soccer moms who run Facebook”. One woman hit back at the anti-vaxxer costume with a Halloween idea of her own. Heather Simpson posted a photo of herself covered in red dots with the caption: “Was trying to think of the least scary thing I could be for Halloween… so I became the measles.”

Kratom saved my life. I’ve been taking it since early 2014 under the supervision of a GP, Internal Specialist, Neurologist, and Neurosurgeon. I take regular tolerance breaks. I’ve never been addicted to anything. I take it for a totally destroyed spine, hip and knee injuries, a multitude of iotragentic injuries, cptsd, and severe anxiety. I was bed ridden for 3 years before I discovered. I’m finally able to work for the first time in 8 years. I work a fast paced serving job with a body full of injuries and the only way I’m able to do that is via kratom. Since I was floxed by Cipro, I get zero pain relief with opioids. It’s been a catch 22 for me. Being floxed is a struggle. But once your central nervous system is fried, your DNA is warped, and your mitochondria are trashed (the very essence of being “floxed”) no synthetics give you pain relief. I’m not grateful for being poisoned and then gaslighted about it. But I am grateful that I never got the pain relief I needed via opioids and had to venture off the allopathic path to find severe pain relief. The pain I manage daily far exceeds any of my 5 child births. Even the one that was induced and my daughter came out butt first/folded in half. The pain I have to manage these days is ridiculous amounts and kratom relieves it amazingly among other things. I have been otc/rx free since 2013 and I will NEVER touch another one again.

If not for kratom, I’d still be enslaved by suboxone, along with the judgmental, uninformed staff of medical “professionals” working at the pain management clinic. The fact that I waited 15 years before a doctor willingly addressed my pain made it even more difficult to even want to acknowledge that one problem (chronic pain) turned into another (drug abuse/addiction). Because of kratom, I don’t have to subject myself to the monthly appointments of humiliation, embarrassment, and attitude from the doctor (and his nurses) that only saw me as an addict, not the patient needing treatment for pain that I was. Kratom set me free! My husband KNEW when I had taken prescription pain meds. Even before I began abusing them it was obvious when I was consuming opiods, because there was a change in my personality and my overall behavior. Kratom doesn’t have that affect, but it DOES help with managing the pain from 25 years of back pain that has lead to surgeries-some helpful, most failed. Kratom has helped, tremendously, during the multiple procedures I had due to partial amputation of my right thumb. I would be unable to do two-thirds of everything I am able to now.

Annie isn’t the only “Quebecker” listening! I’ve only found this show recently, after watching an older episode of the Highwire that you were on. I love your info and all you do, I’m listening back to older episodes and keeping current. You & super Don, as well as the amazing guests you have, are a true blessing. I’m surprised there aren’t more comments. But thanks for all you do to educate the world! And BTW…I love all that crazy shred guitar! You Rock! Hello from Montreal, keep up the amazing work!! 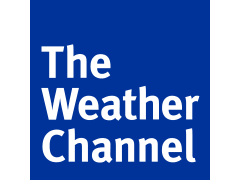 THE WEATHER CHANNEL? : 6 Misconceptions About the Flu Vaccine “Flu season is already in full swing, and with it comes the seemingly relentless urging from medical practitioners to get the flu shot. While it may feel excessive at times, it’s really the only thing they can do to prevent a potential flu outbreak. Flu vaccines are never 100% effective, but they’re the best defense we have against a virus that impacts millions of Americans each year. And yet people are still avoiding getting the vaccine. In fact, according to the CDC, less than half of Americans got the flu shot during the 2016-2017 flu season, and rates were similarly low the following season.”