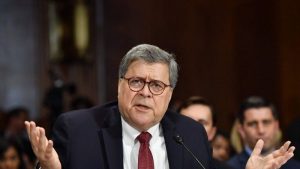 House Judiciary Committee votes to hold Barr in contempt after Trump asserts executive privilege The House Judiciary Committee voted Wednesday to advance a measure that would hold Attorney General William Barr in contempt of Congress after President Donald Trump asserted executive privilege over special counsel Robert Mueller’s unredacted report. “We are in a constitutional crisis,” Chairman Jerrold Nadler, D-N.Y., told reporters after the vote. “We are now in it.” Nadler said lawmakers were concerned that the president’s decision to assert executive privilege “is going to have a chilling effect or more” on other issues relating to investigations into Trump and his administration. While Nadler said that impeachment “may not be the best answer,” he didn’t rule out such action. 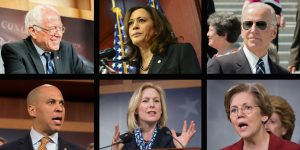 Tax the Rich and More: A Guide to Potential Democratic Plans Democratic presidential hopefuls are talking a big game about taxing the rich to pay for social programs. Some ideas they’ve proposed so far—such as Senator Bernie Sanders’s plan to expand the estate tax, Senator Elizabeth Warren’s idea to impose an annual wealth tax on millionaires, or Senator Kamala Harris’s intention to repeal the Republican tax cuts—would raise some new tax revenue that Democrats would need to expand the social safety net. But Democrats will need trillions more to pay for key portions of some of the favored policy promises, including universal health care or free college tuition. There are dozens of options of how to do that that haven’t yet been seriously discussed this cycle. Some potential revenue makers—such as increasing taxes on banks and hedge fund managers—are likely to be popular with many Democratic voters. But other proposals, such as introducing a carbon tax or eliminating a popular tax break for homeowners are likely to be less so, and could force a conversation in the party about what people might be willing to pay for a progressive agenda.

Florida gov signs bill to arm teachers Florida Gov. Ron DeSantis (R) signed a bill into law on Wednesday allowing public school districts to arm their teachers. The controversial legislation is an extension of a program implemented after the 2018 shooting at Marjory Stoneman Douglas High School in Parkland, Fla., which killed 17 people. The program allowed some school employees, excluding classroom teachers, to go through weapons training and carry firearms on school grounds. According to the Orlando Sentinel, the law signed by DeSantis would allow classroom teachers to take part with local school board authorization. The legislation also includes several other safety provisions, including increased reporting of school safety incidents, standardizing a risk assessment process for dangerous students and proposing new guidelines on school-based mental health. Those provisions received bipartisan support, according to the paper.

In this well-researched and insightful book veteran constitutional and administrative attorney Jonathan W. Emord traces the 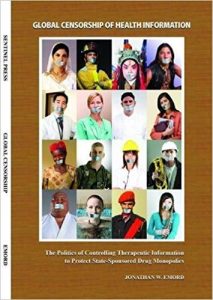 origins of free speech rights to the European Enlightenment.  He explains the expansion of legal protections for those rights first in Europe during the seventeenth and eighteenth centuries as the Royalists lost governing power to the Parliamentarians and then ultimately in the newly formed United States where the right to free speech became a part of the Constitution.  He reveals how the Western legal principles supporting, and the tenets protecting, speech freedom can be applied globally to tear down the barriers to health information exchange and awaken consumer consciousness to the disease preventative and treatment effects of dietary ingredients.

Emord informs the read of the prior restrains on nutrient-disease information and on access to dietary supplements around the world–in Europe, the United States, Canada, Australia, and parts of Africa, South America, and Asia.  The censorship takes place in every country that regulates drugs.  He explains how drug regulation has created state sponsored international drug monopolies that enjoy a legally protected exclusive right to communicate therapeutic information.  He reveals that this international monopoly has distorted consumer perception, causing people to regard government approved drugs (that can cause significant harm) to be the only means to prevent and treat disease when nutrition science establishes that dietary ingredients can be effective in disease prevention and treatment without serious side effects.

Emord explains not only how and why health information censorship is taking place but also gives the reader a roadmap for litigating and legislating against the censorship.  If the proposals in this book come to be implemented, people the world over could well experience not only greater access to health information indispensable to the exercise of informed choice but also a significant decrease in the incidence of disease, and correspondingly greater longevity. 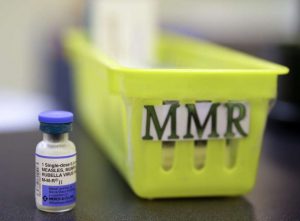 San Francisco doctor under investigation for allegedly unlawful vaccine exemptions for children San Francisco City Attorney Dennis Herrera is investigating a physician who may have unlawfully provided medical exemptions that allowed parents to avoid vaccinating their children, his office said in a press release Wednesday. The City Attorney issued a subpoena Wednesday for anonymized records from Dr. Kenneth Stoller, a physician who runs the Azzolino Concussion Clinic in Nob Hill. Stoller earned his degree from the American University of the Caribbean School of Medicine and received a license from the Medical Board of California in 1984, according to records. He is widely quoted on websites and in videos espousing anti-vaccination views. Between Jan. 1 and May 3, the Center for Disease Control reported 764 individual cases of measles in 23 states — the highest number of measles cases recorded in the U.S. since 1994. Measles was declared eliminated in 2000.

As the winner of the second contest for the +CBDoil, I wanted to let you know that I did receive it in a very timely manner, I am really loving it, and I apologize for not thanking you before now. No excuses . . .

I do catch your show either live or later every day and thank you for all the health information you share. Thank you again for running the contest and for all that you do. 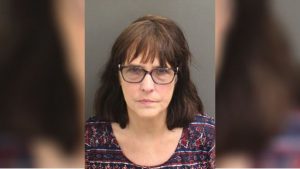 Great-grandmother with CBD oil arrested at Disney World  Disney World may be the most magical place on Earth, but it turned into a legal nightmare for a great-grandmother with arthritis. A 69-year-old woman was arrested at a Disney World checkpoint when an Orange County Deputy found CBD oil in her purse. She then spent 12 hours behind bars before being released on a $2,000 bond. Hester Jordan Burkhalter, a great-grandmother from North Carolina, began using CBD oil for her arthritis after her doctor recommended it, Fox 35 in Orlando reported. She even had a note from the medical professional in her purse at the time of arrest, but it didn’t matter.

I am closely acquainted with a 19 year old girl who has suffered with low blood pressure, light headedness resulting in blackouts, stomach pains, and dizziness for years. After many IV injections, ER visits, and being passed from one doctor to the next, she was recently diagnosed with dysautonomia/ POTS.

No one should have to live with such symptoms for the rest of their life. Her family is desperate to help her recover, and all that the medical world is offering her now is the chance to purchase a $27,000 medical alert service dog that would help notify her of changes in her blood pressure. If you have any past shows I can listen to, articles/books you can suggest to be read, or are planning on doing a future show on such a topic, I would appreciate being notified. With such a vague diagnosis, it’s difficult to know where to begin searching for a natural cure.

Thank you for everything that you do.

Hi Doc,
I saw you on a website for Argentyne. I was wondering, do you have a homeopathic business or do you just do speaking engagements? Do you know of any homeopathic Docs on the East coast??
I would appreciate any information you have.
Thanks

Hello Robert, Super Don I’m hoping you can help me with an issue i’m noticing. Lately, I’ve been seeing small black and blue marks on my body. mostly arms, a little on the legs and one on my clavicle area. Any ideas? I take the selenium, chromium, silica, magnesium. I don’t take a multi and I take an omega but not consistent with that. I do have a diagnosis of hep c but I know your stand on that and I just eat organic as much as possible. Don’t want to deal with the md’s because it inevitably leads to more testing and meds. Thank you and as always God bless you and your mission.

PS: Forgot to mention I take 3 missing links a day. Thanks for being there for us. Lori