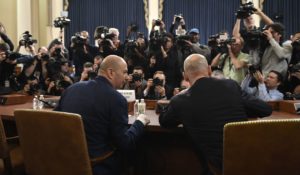 Ratings fall flat as most Americans tune out impeachment spectacle There are about 330 million Americans. According to the ratings, nearly 320 million of them aren’t watching the House impeachment proceedings against President Trump. Despite television networks’ fervent belief that the country should be paying attention, with wall-to-wall coverage on all the cable news stations and most of the broadcast networks, the early days of hearings have drawn paltry ratings, as viewers vote with their eyes. “It’s on constantly but I’m not paying any attention to it,” said Emily Brown, a waitress at Mandy’s, a popular breakfast and lunch spot near New Orleans. In Omaha, Nebraska, bartenders told The Washington Times that their channels are tuned to sports, and they’ve not had patrons asking to change the channel. On the city’s streets the spectacle drew yawns as well. 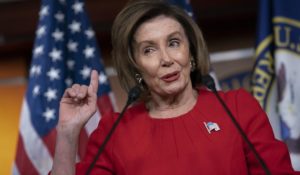 Nancy Pelosi, meet Constitution Speaker Nancy Pelosi, reacting to ongoing impeachment proceedings in the House, issued a remarkably egregious demand, not just once but twice, that went like this: Mr. President, you need to prove your innocence. This, from one of the leading voices in politics supposedly tasked by oath to support, uphold and defend the Constitution and America’s freedoms. Can you say Fifth Amendment? Can you say due process? How about presumption of innocence — or innocent until proven guilty? True, this impeachment inquiry is not being held in a court of law. Different scenario, different standards. But shouldn’t the same spirit of America justice guide and prevail, just the same? Yes. Indeed. Indubitably. Not in Pelosi’s world, though.

Democrat Tax Hike Plans Would Hit Millions of Americans, Not Just The Ultra-Wealthy The proposals by Democratic presidential hopefuls to tax the wealth of billionaires have received a lot of attention. But it is their plans to hike payroll taxes that would have the biggest impact on voters. Elizabeth Warren and other leading Democrats have said that they would impose a stiff payroll tax hike on higher-income families. In Warren’s proposal, she would impose a 14.8 percent payroll tax on workers with incomes above $250,000. Currently, Social Security payroll taxes amount to 12.4 percent for incomes up to $132,900. Incomes above that level are not taxed and do not contribute to a worker’s future Social Security benefits. Warren’s plan would have the tax kick back in on incomes above $250,000. And the rate would rise to 14.8 percent. Like the current tax, this would be split between the employee and the employer. 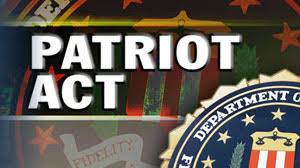 House bill to fund government also extends Patriot Act data-collection provisions, despite opposition A stopgap fundingbill of House lawmakers extends surveillance-related provisions of the USA Patriot Act that were set to expire Dec. 15 for another three months. The provision called Section 215 allows the government to gain access to business records and conduct roving wiretaps of people trying to duck surveillance and counterterrorism investigations. Some lawmakers are in opposition because of concerns that data can be collected on private citizens, as The Washington Post reported. Rep. Thomas Massie, R-Ky., offered a strong opposition on his Facebook page early Tuesday morning. He wrote: “Congress will vote to extend warrantless data collection provisions of the #PatriotAct, by hiding this language on page 25 of the Continuing Resolution (CR) that temporarily funds the government. To sneak this through, Congress will first vote to suspend the rule which otherwise gives us (and the people) 72 hours to consider a bill.” 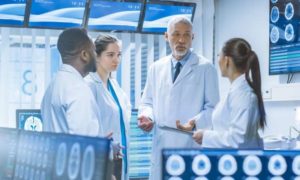 In science, it’s better to be curious than correct I’m a geneticist. I study the connection between information and biology—essentially what makes a fly a fly and a human a human. Interestingly, we’re not that different. I’ve been a professional geneticist since the early 1990s. I’m reasonably good at this, and my research group has done some really good work over the years. But one of the challenges of the job is coming to grips with the idea that much of what we think we know is in fact wrong. Sometimes, we’re just off a little and we try to get a little closer to the answer. At some point, though, it’s likely that we’re just flat out wrong in some aspect. We can’t know when we’re wrong, but it’s important to remain open-minded and adaptable so we can learn from our mistakes. Especially because sometimes the stakes can be incredibly high with lives on the line (more on this later). 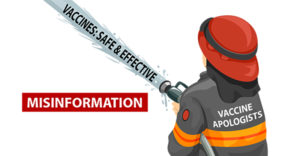 How Public Vaccine Policy Apologists Use ‘Firehosing’ to Spread Misinformation On November 7, 2019, the Guardian published an article titled “Firehosing: the systemic strategy that anti-vaxxers are using to spread misinformation”. The summary description of the article stated, “Anti-vaxxers keep telling the same obvious lies without shame, despite being debunked and factchecked”. It was written by Lucky Tran, whose author bio describes him as a scientist with a PhD in biochemistry. In his article, Dr. Tran attacks talk show host Bill Maher for having hosted a discussion with Dr. Jay Gordon that was critical of public vaccine policy. He states that Gordon is “a controversial doctor who peddles misinformation about vaccines”. He lectures Maher for “giving an anti-vaxxer a high-profile platform to spread lies and cause harm to an audience of millions.” Tran continues: “The 14-minutes interview on Real Time with Bill Maher doubled down on all the dangerous views we’ve heard before: highlighting discredited work on vaccines and autism, disingenuously labelling measles a benign illness, and questioning a vaccine schedule that has been proven safe and effective by decades of research.” 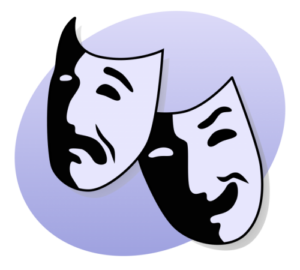 Among people with bipolar disorder, inflammation predicts cognitive deficits Bipolar disorder is a heterogeneous disease—two people who share the same diagnosis can have very different outcomes and quality of life. Treatment of bipolar disorder largely focuses on controlling episodes of depression or mania, but even when these symptoms are well managed, some patients will suffer from cognitive deficits while others will show cognitive resilience. Understanding why people with the same clinical diagnosis have such different symptoms and outcomes could lead the way to better treatments. A team of investigators from Brigham and Women’s Hospital has conducted the largest study to date of people with bipolar disorder that examined whether inflammation may play an important role in patient outcomes. The team reports that levels of a biomarker of inflammation were significantly higher among patients with poor cognitive performance, pointing to a potentially modifiable risk factor for cognitive deficits. Their findings are published in Molecular Psychiatry. 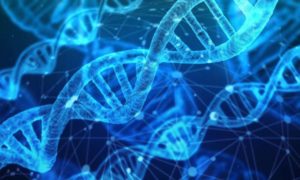 Inflammatory processes drive progression of Alzheimer’s and other brain diseases Inflammation drives the progression of neurodegenerative brain diseases and plays a major role in the accumulation of tau proteins within neurons. An international research team led by the German Center for Neurodegenerative Diseases (DZNE) and the University of Bonn comes to this conclusion in the journal Nature. The findings are based on the analyses of human brain tissue and further lab studies. In the particular case of Alzheimer’s the results reveal a hitherto unknown connection between Abeta and tau pathology. Furthermore, the results indicate that inflammatory processes represent a potential target for future therapies. Tau proteins usually stabilize a neuron’s skeleton. However, in Alzheimer’s disease, frontotemporal dementia (FTD), and other “tauopathies,” these proteins are chemically altered, they detach from the cytoskeleton and stick together. As a consequence, the cell’s mechanical stability is compromised to such an extent that it dies off. In essence, “tau pathology” gives neurons the deathblow. 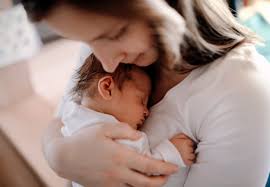 Babies may not be protected by mom’s measles immunity as long as thought Doctors have known that mothers pass on measles immunity to their babies during pregnancy, leading to the belief that infants are protected against the disease for most of their first year of life. But a new study finds that most of this protection wanes much sooner than previously thought — within as little as three months. Canadian researchers analyzed blood samples from almost 200 babies seen at a hospital in Toronto, looking for levels of protective antibodies to measles, which indicate immunity. They found insufficient levels in 20 percent of newborns, 92 percent of 3-month-olds and all of the 6-month-olds, according to the results, published Thursday in the journal Pediatrics. “We were surprised with our findings,” said Shelly Bolotin, a scientist at Public Health Ontario and an assistant professor at the University of Toronto. “Prior to this research we assumed that in general, infants were immune to measles for at least the majority of the first 6 months of age.”