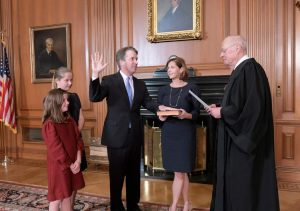 Brett Kavanaugh: First SCOTUS cases to include guns and immigration Brett Kavanaugh will be on the Supreme Court in time to hear cases on immigration, product liability and the Armed Career Criminal Act. Kavanaugh was sworn in Saturday by Chief Justice John Roberts and former associate justice Anthony Kennedy, for whom he clerked a quarter century ago. A White House ceremony will be held Monday, and the 53-year-old judge will take a seat on the far right side of the bench Tuesday, next to Associate Justice Elena Kagan, who hired him to teach at Harvard Law School when she was dean. Although he will give the court its first reliable conservative majority in decades, the docket facing the justices in the term that began Monday isn’t filled with the types of major cases that produce 5-4 rulings. That said, the first week’s cases that Kavanaugh missed featured some in which the justices did appear closely divided. The first case involved an endangered frog that liberal justices seemed intent on protecting, while their conservative colleagues sided with a corporation whose land might lose value as a result. 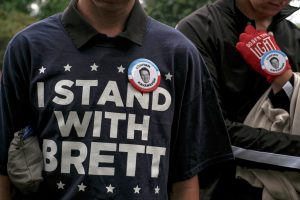 G.O.P. Hopes Anger Over Treatment of Kavanaugh Propels Voters to the Polls President Trump and his conservative allies now see their effort to confirm Judge Brett M. Kavanaugh as central to salvaging the Republican Party’s fortunes in the midterm elections, and hope to use the fervent liberal opposition to his nomination to the Supreme Court as a graphic example of the threat posed by a Democratic return to power in Congress. The increasingly aggressive attacks on Judge Kavanaugh’s main accuser and the dark warnings about Democrats from his supporters are part of an effort to harness Republicans’ outrage over what they see as a Democratic plot to steal a pivotal Supreme Court seat. “What the Kavanaugh controversy has done is increase Republican voting intensity so that it is approaching Democratic intensity, which is already through the roof,” said Whit Ayres, a Republican pollster. “Republicans perceive that Judge Kavanaugh is a man who has led an upright and honorable life, certainly as an adult, and feel like his reputation is being trashed and his nomination is being railroaded.” 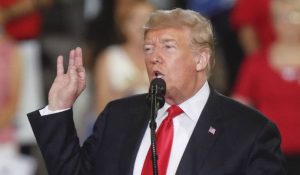 Trump says GOP losing the House is a ‘possibility’ President Trump said Thursday “there’s always a chance” that Republicans will lose the House in the midterm elections. Mr. Trump, who had been predicting a Republican “wave” in November, sounded less optimistic in an interview on Fox News’ “Fox & Friends.” “I think we’ll be successful,” the president said. “If we’re not, if we lose the majority in the House, which is always a possibility, we will probably just have to fight it out, and it’s a shame. It would be a shame, because we’d be wasting a lot of time.” Many polling analysts are forecasting that Democrats will pick up more than the 23 seats needed to win a majority in the House. Confronting the prospect of a Democratic majority, Mr. Trump said, “we’ll just have to fight it out, because there are a lot of haters, and they’re just absolute haters.” 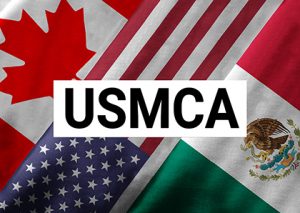 EDITORIAL: The new, improved NAFTA Nearly two years after Donald Trump was elected president with promises to rework America’s relationship with its trading partners, and less than two months after he agreed to a new trade deal with Mexico, the president succeeded in bringing Canada on board a new trilateral North American trade arrangement. “They” — the commentariat, the Democrats, most Republicans, the media — said the president would never succeed in his quest to reorient the country’s economic relationship with Canada and Mexico. But he has. Goodbye NAFTA. Hello USMCA. At least NAFTA was pronounceable; if you insist on making USMCA a word, you might pronounce something like “Ussum-ca.” (But don’t.) The North American Free Trade Agreement, the sprawling trade pact forged by Canada, Mexico and the United States and that took effect in January 1994, has been a mixed blessing for the United States. “Sprawling” may be an understatement. Canada, Mexico and the United States trade more than $1 trillion worth of goods each year. On the one hand, as in our trading relationship with China, the deal has provided access for American consumers to cheaply made goods, such as in the case of NAFTA, largely from Mexico. The salutary consequence has been reduced prices of many consumer goods.

Hour 2 – Infectious Disease: The Influence of Clinical Nutrition on Outcome 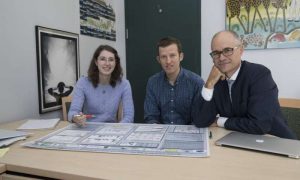 Unseen infections harming world’s children, research reveals Children around the world are suffering from unnoticed infections that are stunting their growth and mental development, new research from an international coalition of scientists reveals. Up to 30 percent of children in low-resource countries suffer from stunted growth. Inadequate nutrition and diarrhea have long been blamed, but scientists have, until now, been unable to explain a large percentage of stunting cases. Two new studies, however, show that a tremendous number of children with no signs of diarrhea are carrying harmful infections. These infections ultimately prevent them from reaching their full potential and perpetuate a vicious cycle of poverty. “If we’re just targeting diarrhea, that may not be enough. We need to be addressing these asymptomatic exposures as well,” said researcher Liz Rogawski McQuade, Ph.D., of the University of Virginia School of Medicine. “If we could have interventions against just four pathogens, we would expect an improvement in growth that’s similar to what has been seen for nutritional interventions in similar settings. This puts pathogen exposure, in terms of importance, on the same level as nutrition, which in the past has been considered the main reason for poor growth.” 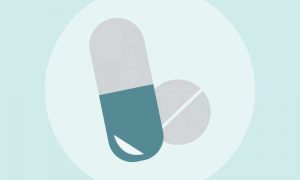 Doctors, scientists fight superbugs that could kill millions Catching an ear infection is uncomfortable enough, but imagine if the antibiotics a doctor prescribed didn’t work. It’s a problem that at least 2 million people in the U.S. face every year, when they catch infections that are resistant to antibiotics, according to the Centers for Disease Control and Prevention. That makes the phenomenon known as antimicrobial resistance, or AMR, “one of the biggest public health challenges of our time,” the agency said. AMR may cause 10 million deaths globally by 2050, based on rising drug resistance for six pathogens, according to a report commissioned by the British government in 2016. Last month, a group of scientists and doctors in Seattle started a nonprofit organization to figure out a solution. The group, known as Antibiotic Resistance Monitoring, Analysis and Diagnostics Alliance (ARMADA), said it wants to “get a grasp on the situation” by building a database that tracks and “fingerprints” bacterial strains 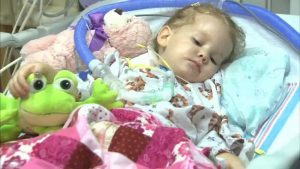 More Cases of Rare ‘Polio-Like’ Illness Pop Up Around the US More and more cases of a rare polio-like illness are being reported across the country, according to news reports. In recent weeks, six cases of the illness, known as acute flaccid myelitis(AFM), have been diagnosed in children in Minnesota — a state the typically sees less than one case of AFM per year, according to the Minnesota Department of Health. On Tuesday (Oct. 9), a hospital in Pittsburgh said it is currently treating three children with suspected AFM, according to local news outlet KDKA. And yesterday (Oct. 10), the Illinois Department of Public Health said it had received recent reports of nine children diagnosed with the condition. Also this week, the Colorado Department of Public Health and Environment announced that 14 cases of AFM have occurred in the state this year. AFM is a condition that affects the nervous system and causes muscle weakness, according to the Center for Disease Control and Prevention (CDC). In particular, the condition can cause weakness in the arms and legs along with loss of muscle tone and problems with reflexes. Other symptoms include facial drooping, difficulty moving the eyes, difficulty swallowing and slurred speech, the CDC says. Most cases are in children. 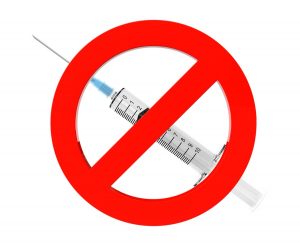 Thousands of young US children get no vaccines, survey finds A small but growing proportion of the youngest children in the U.S. have not been vaccinated against any disease, worrying health officials. An estimated 100,000 young children have not had a vaccination against any of the 14 diseases for which shots are recommended, according to a Centers for Disease Control and Prevention report released Thursday. “This is pretty concerning. It’s something we need to understand better — and reduce,” said the CDC’s Dr. Amanda Cohn. Most young children — 70 percent — have had all their shots. The new estimate is based on finding that, in 2017, 1.3 percent of the children born in 2015 were completely unvaccinated. That’s up from the 0.9 percent seen in an earlier similar assessment of the kids born in 2011. A 2001 survey with a different methodology suggested the proportion was in the neighborhood of 0.3 percent. Young children are especially vulnerable to complications from vaccine-preventable diseases, some of which can be fatal. The latest numbers come from a telephone survey last year of the parents of about 15,000 toddlers. The 100,000 estimate refers to the 2017 vaccination status of kids born in 2015 and 2016.

Hi, I use Collidal Silver since learning about it on your show. I’m wondering if you are familiar with a fungal infections in the lungs and any reason not to with nebulizing with silver. Thank you.