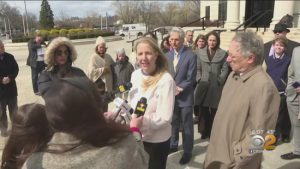 NY Judge Rules Against Anti-Vax Parents, Says Students Can’t Return To School During Measles Outbreak A federal judge has ruled against a group of local parents who are refusing to vaccinate their children. More than 40 students have been banned from a private school during the Rockland County measles outbreak. On Tuesday, the judge said he would not lift that ban. Those students and their families were in a courtroom instead of a classroom, fighting an order to stay away from fellow students due to the high risk they could contract and spread the measles.  The controversial parents said the ban was doing more harm than good. “Preventing my child from being with his class, his teacher, his classroom has had a significant social and psychological impact,” one mother who wouldn’t give her name claimed. 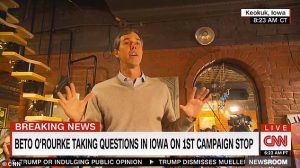 We’re doomed! Beto O’Rourke starts presidential campaign by claiming the world faces ‘catastrophe’ and warns ‘hundreds of millions’ of climate refugees will overwhelm borders and humanity could go EXTINCT unless we fix the planet in 12 years  Former Texas Rep. Beto O’Rourke warned Thursday in his first presidential campaign stop that parts of the planet will soon become uninhabitable, driving a massive wave of climate ‘refugees’ across the U.S. border, if America’s government doesn’t adopt emergency measures within the next 12 years. O’Rourke, 46, had formally announced an hour earlier that he will seek the 2020 Democratic presidential nomination, ending months of speculation over whether he would try to translate his newfound political celebrity into a White House bid. In the southwestern Iowa town of Keokuk, a sweater-clad Beto told a smallish crowd that by the time his 12-year-old son is his age ‘we may not be able to live in cities that we call home today, like El Paso, Texas. We may not be able to grow our own food and fiber, feed and clothe ourselves in this country.’

Trump tweets ‘VETO!’ after Senate votes to block his border emergency declaration The Senate voted Thursday to block President Donald Trump’s national emergency declaration over the southern border, a sharp bipartisan rebuke of the president’s flex of executive power. The chamber comfortably passed the measure in a 59-41 vote. Twelve Republicans who worried about executive overreach supported it in an embarrassing blow to the president. Trump plans to reject the bill, which the Democratic-held House has already passed. In a tweet after the vote, he simply said: “VETO!” The veto would be the first of his presidency. Neither chamber appears to have enough support to overcome Trump’s opposition with a two-thirds majority vote. 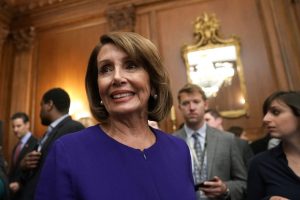 PELOSI SAYS SHE PERSONALLY SUPPORTS LOWERING THE VOTING AGE TO 16 House Speaker Nancy Pelosi said at her weekly press conference Thursday she personally would support lowering the national voting age to 16. “I myself, personally, I’m not speaking for my caucus, I myself have always been for lowering the voting age to 16,” Pelosi said when asked by The Daily Caller about her thoughts on the issue. “I think it’s really important to capture kids when they’re in high school when they’re interested in all of this when they’re learning about government to be able to vote.” “Some of the priorities in this bill are about transparency and openness and accessibility, and the rest,” she added. “That’s a subject of debate but my view is that I would welcome it, but I’ve been in that position for a long time.” The issue of lowering the voting age came up for debate in the House as an amendment last week on the  “For The People Act,” a Democratic pushed bill (H.R. 1) that would overhaul U.S. election and campaign finance laws. Democratic Massachusetts Rep. Ayanna Pressley introduced the amendment, but it failed 126-305. 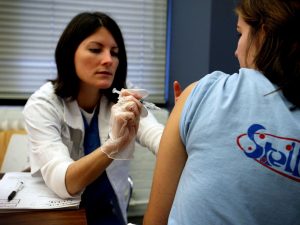 America’s doctors warn Google, Twitter, and Facebook: Anti-vaxxers are weaponizing tech platforms, prompting outbreaks that can ‘debilitate and kill’ Doctors think too many American kids are missing vaccinations, and that fake news spreading like wildfire on social media platforms like Twitter, Facebook, and YouTube may be largely to blame. On Wednesday, the American Medical Association (AMA), the largest professional group of doctors in the US, sent an open letter to the CEOs of Amazon, Facebook, Google, Pinterest, Twitter and YouTube, voicing concern that parents are taking in all kinds of fake information about childhood vaccines from inaccurate videos, posts, and links on their platforms. “Physicians across the country are troubled by reports of anti-vaccine related messages and advertisements targeting parents searching for vaccine information on your platforms,” AMA CEO James Madara wrote. “We urge you to do your part to ensure that users have access to scientifically valid information on vaccinations, so they can make informed decisions about their families’ health.” 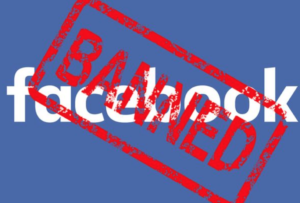 Vaccine skeptics under siege Watch out. Capitol Hill and Silicon Valley have locked their sights on the next targets of a frightening free speech-squelching purge: independent citizens who dare to raise questions online about the safety and efficacy of vaccines. I’m vaccinated. My children are up to date. There’s no dispute that vaccines have saved untold lives. But over the years, I’ve voiced my concerns about vaccine claims and government coercion in my newspaper columns and blog posts. These concerns include my objections to Gardasil mandates for schoolchildren in Texas and California; schools’ threatening parents with jail time for refusing chickenpox shots for their kids; ineffectiveness of the flu vaccine; contamination issues at vaccine plants abroad; lack of data on vaccines’ long-term and synergistic effects on children; and pharma-funded politicians’ financial conflicts of interest. In 2004, I recounted my family’s firsthand experience with bully doctors who balked at even the mildest questioning of the wisdom of the newborn hepatitis B immunization. When my husband and I asked if we could simply delay this particular shot, as the vaccine is for a virus that is contracted mostly through intravenous drug use and sexual contact, my son’s pediatrician angrily kicked us out of her practice.

Hi do you have a protocol to help alleviate hsv-1 and hsv-2 symptoms?

Hi,
I recently bought your book. In it you talk about opening the detoxification pathways (liver, kidneys, colon, and lymph); however, I did not see a specific protocol for doing this. Is there something specific you recommend for doing this? Would you do anything different for someone with a hghly toxic/damaged liver? 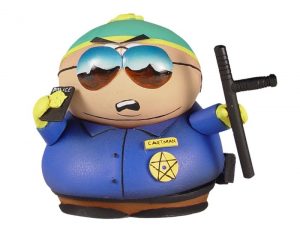 Flipping off cop is free speech, court says Woman gets stopped for speeding. Cop shows mercy and gives her a ticket for a nonmoving violation. As police officer pulls away, however, woman gives him the finger – or, as a U.S. District Court puts it, “flips him the bird.” Cop takes offense, switches on lights and siren and stops her again, ploughing into her car in the process and then, on top of that, changing the original ticket to a moving violation. She sues the officer for violating her constitutional rights. Did he? That question, plucked from everyday life in the town of Taylor, Michigan, confronted the U.S.Court of Appeals for the 6th Circuit in the case of Debra Lee Cruise-Gulyas v. Matthew Wayne Minard, in which Cruise-Gulyas was the motorist and Minard the cop. Normally, cases like this one don’t get quite this far.