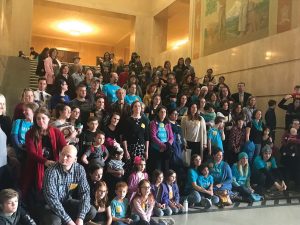 Oregon Republicans Are Rallying Around the “Vaccine Choice” Movement Childhood vaccines have become a highly partisan issue in Oregon. The “vaccine choice” movement is now all but a plank of the Oregon Republican Party. House Bill 3063 advanced from committee on a party-line vote, with seven Democrats in support and four Republicans opposed. On the floor of the Legislature, a similar pattern is expected—with a few dissenters, including two Republican sponsors. Former state Rep. Knute Buehler (R-Bend), an orthopedic surgeon, opposed requiring vaccines in his failed run for governor last year. Jonathan Lockwood, a spokesman for three Republican legislators, stood watching and lending support at a Capitol protest last week where anti-vaxx parents sang the national anthem. And in committee, Rep. Ron Noble (R-McMinnville), a retired police chief, channeled the anti-vaxxer movement when he talked about how there are smart people on both sides. 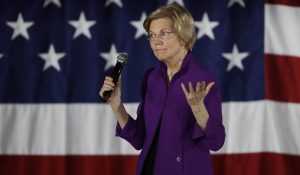 Race to the left: 2020 Democrats eagerly embrace liberals’ most aggressive ideas Rep. Tulsi Gabbard has been serving in the House for years, but it wasn’t until this year, as she eyes the White House, that she signed onto a resolution that envisions reparations to black Americans for the legacy of slavery. Former Rep. Beto O’Rourke watched for years as fencing divided his home city of El Paso from Mexico, but it wasn’t until he was taking on President Trump — and as illegal immigration soared in El Paso — that he suggested it might be time to tear it down. Businessman Andrew Yang, meanwhile, carved out a niche all his own this week, embracing a push to end male circumcision. “I’m highly aligned with the intactivists,” Mr. Yang told The Daily Beast, having some fun with world play. “History will prove them even more correct.” Emboldened by the 2018 midterm elections, the liberal wing of the Democratic Party is demanding its 2020 presidential candidates embrace their most aggressive ideas for social change — and many of the candidates have complied. 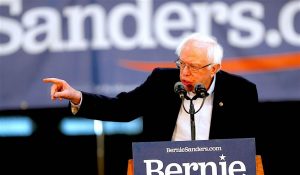 Bernie Sanders rebrands socialism: Just call it ‘vibrant democracy’ Socialism may be chic in Brooklyn, but it may not play well in Peoria, particularly in a presidential election year. Multiple polls reveal that socialism is regarded as a fair-minded utopia by the young and restless. They like it. They want to live there. Everybody will be happy. Or something. Others get jittery over the idea of socialism — a trend not lost on Sen. Bernie Sanders, a Vermont independent who is running for president as a Democrat and a longtime self-described democratic socialist. He appears to be on the verge of trying to rebrand this ideology, or at least his version of it. “I think what we have to do, and I will be doing it, is to do a better job maybe in explaining what we mean by socialism — democratic socialism. Obviously, my right-wing colleagues want to paint that as authoritarianism and communism and Venezuela, and that’s nonsense. What I mean by democratic socialism is that I want a vibrant democracy. I find it interesting that people who criticize me are busy actively involved in voter suppression trying to keep people of color or low-income people from voting, because they don’t want a vibrant democracy. I do,” Mr. Sanders told National Public Radio. 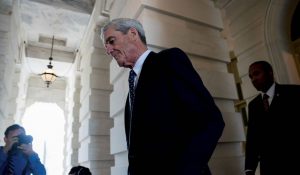 ‘Witch hunt’ is right, 50 percent of Americans now say A new poll — or, depending on who’s doing the reporting, a stunning new poll, an astonishing new poll, an incredulous new poll — shows that 50 percent of Americans believe Robert Mueller’s investigation of President Donald Trump is a witch hunt. Well, duh. Expect that percentage to increase as each nothingburger week goes by, as well. But what’s most interesting about this survey is that the numbers aren’t simply Republican-Democrat lines. Yes, 86 percent of conservatives say Mueller’s conducting a witch hunt, compared to only 14 percent of Democrats who believe similarly of the special counsel. But independents make the news here: Fully 54 percent say “witch hunt,” versus to 42 percent, who say not a witch hunt. Can you say Trump, Term Deux? 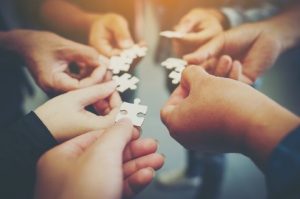 Now’s the Time – All Hands On Deck There’s a lot is going on politically this week that just may be the stat of what we need to elevate the censorship of Vaccine Education and Vaccine Choice to the mainstream debate. 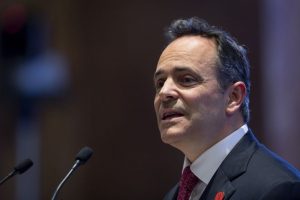 Kentucky governor says he exposed his children to chickenpox rather than getting vaccine Kentucky Gov. Matt Bevin said he made sure all his nine children were exposed to chickenpox and caught the disease instead of giving them a vaccine. “They had it as children. They were miserable for a few days, and they all turned out fine,” Bevin said in an interview with WKCT, a Bowling Green radio station. Bevin and his wife, Glenna, have nine children between the ages of 5 and 16, according to his campaign website. The governor says he supports parents who choose to get their children vaccinated and also those who decline to do so. But he said the decision shouldn’t be up to the government. “This is America,” he said. “The federal government should not be forcing this upon people. They just shouldn’t.”