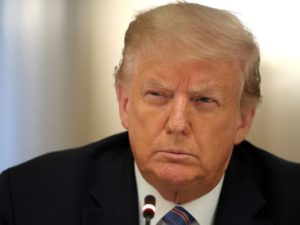 Donald Trump: We ‘May Cut Off Funding’ if Schools Do Not Reopen President Donald Trump threatened Wednesday to “cut off” funding to schools if they do not reopen in the Fall after closing due to coronavirus concerns. “In Germany, Denmark, Norway, Sweden, and many other countries, SCHOOLS ARE OPEN WITH NO PROBLEMS,” Trump said. “The Dems think it would be bad for them politically if U.S. schools open before the November Election, but is important for the children & families,” he continued. “May cut off funding if not open!” Trump also said he disagrees with the Centers for Disease Control and Prevention’s (CDC) “very tough & expensive guidelines for opening schools.” “While they want them open, they are asking schools to do very impractical things,” he said. “I will be meeting with them!!!” 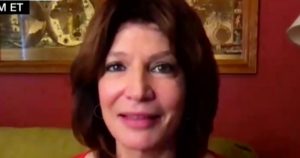 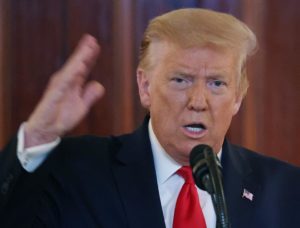 CDC Suggests Alternative Voting Methods As Trump Mounts Attacks On Mail-In Ballots The Centers for Disease Control quietly issued new guidance on voting safely amid the coronavirus pandemic, including a recommendation for “alternative voting methods,” as President Trump ramps up attacks on mail-in voting ahead of the November election. “In the midst of this pandemic, voters should not need to choose between their health and casting their ballots,” Sen. Amy Klobuchar (D-Minn.) said in a statement. Klobuchar is the ranking member of the Senate’s Rules and Means Committee, which requested the CDC’s guidance. “Now we should pass my legislation to guarantee every voter can cast a mail-in ballot and everyone has access to at least 20 days of early voting so we can reduce lines on Election Day for those who need to vote in person.” Trump’s attacks on mail-in voting are also partisan. On April 8, in what appears to be his first tweet on the subject, Trump wrote that “Republicans should fight hard” against it, because it “doesn’t work out well” for the GOP. This echoes a party belief that mail-in voting gives Democrats an advantage. Analysis by FiveThirtyEight found that neither party, however, gains an advantage by mailing in ballots. 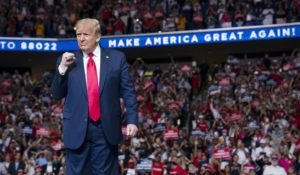 Trump rally ‘likely contributed’ to coronavirus surge, Tulsa official says President Donald Trump’s campaign rally in Tulsa in late June that drew thousands of participants and large protests “likely contributed” to a dramatic surge in new coronavirus cases, Tulsa City-County Health Department Director Dr. Bruce Dart said Wednesday. Tulsa County reported 261 confirmed new cases on Monday, a one-day record high, and another 206 cases on Tuesday. By comparison, during the week before the June 20 Trump rally, there were 76 cases on Monday and 96 on Tuesday. Although the health department’s policy is to not publicly identify individual settings where people may have contracted the virus, Dart said those large gatherings “more than likely” contributed to the spike. “In the past few days, we’ve seen almost 500 new cases, and we had several large events just over two weeks ago, so I guess we just connect the dots,” Dart said. Trump’s Tulsa rally, his first since the coronavirus pandemic hit the U.S., attracted thousands of people from around the country. About 6,200 people gathered inside the 19,000-seat BOK Center arena – far fewer than was expected. 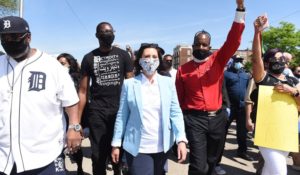 Democrats face ‘credibility gap’ over protesters’ free pass on COVID rules For three weeks, Seattle officials allowed hundreds of protesters to take over a six-block area of Capitol Hill that included Cal Anderson Park, but Shella Sadovnik still isn’t allowed to take her child to the local playground. “Apparently, my toddler is much more dangerous [than protesters],” said Ms. Sadovnik, a Seattle-based lawyer for the Freedom Foundation. “I guess all the law-abiding people have to be subject to all these restrictions, but if you’re protesting and looting and rioting, that’s OK, you don’t spread coronavirus.” The mass protests after George Floyd’s death at the hands of Minneapolis police have largely faded, but nobody’s forgotten how scores of mostly liberal governors and local officials cheered and even marched alongside demonstrators, often in defiance of social-distancing rules designed to slow the spread of the pandemic. The result has been simmering public skepticism, particularly on the right, over the necessity of the lockdowns and other restrictions, or what Dr. Joseph A. Ladapo, an associate professor at UCLA’s Geffen School of Medicine, called the “the coronavirus credibility gap.”

WATCH: Young Americans willing to give up First Amendment rights to avoid offending others As the cancel culture trend continues to hit college campuses, Campus Reform has reported on a number of cases where colleges and universities have sanctioned professors, and in one case even expelled a student, for posts he made on social media. Campus Reform Digital Reporter Eduardo Neret recently asked students and young Americans about their thoughts on schools monitoring the social media of students and faculty. He also asked whether they would be willing to sacrifice some of their free speech rights to make sure others on campus feel comfortable. 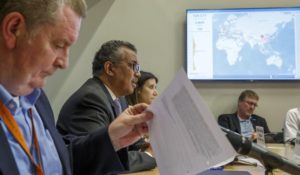 Scientists long ago exhausted their COVID-19 capital The latest in the ever-changing COVID-19 crisis is that hundreds of scientists have joined forces and penned a letter to the World Health Organization chiefs to get an official, formal, authoritative ruling that the new coronavirus is airborne, meaning transmitted by breathing contaminated air. Well, ba dum dum on that. Salt, meet grain. Scientists — and that’s “scientists” buttressed between quotation marks — have long ago revealed themselves as factually challenged, devastatingly single-minded, even politically motivated on this whole coronavirus matter. We went from wash your hands to stay in your home; from keep 6 feet apart to stay off the beaches; to shut down those fitness centers to shut down those churches; to get an abortion but not elective surgery; to protest in the streets but stay away from President Donald Trump’s rallies. We went from hundreds of thousands of projected deaths to tens of thousands, as based on faulty computer modeling — the same kind of faulty computer modeling that climate alarmists use to advance their own faulty predictions. 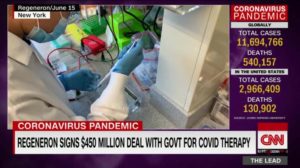 Here’s how to volunteer for a Covid-19 vaccine trial If you want to be one of the first to receive an experimental vaccine for Covid-19, now’s your chance. Wednesday, a new website — coronaviruspreventionnetwork.org — went live allowing people in the United States to register to take part in clinical trials for vaccines. The website will handle registration for the four large vaccine studies that are expected to start this summer and fall, and any others that follow.The US Department of Health and Human Services announced the website Wednesday, along with the appointment of the Fred Hutchinson Cancer Research Center in Seattle as the coordinating center for vaccine clinical trials run by the Covid-19 Prevention Network, which is funded by the National Institutes of Health. A vaccine developed by Moderna, a Massachusetts biotech company, is expected to be the first to be tested in a large trial. That trial was expected to begin this week, but the start date was moved to late July or early August, according to Dr. Carlos del Rio, principal investigator at the Moderna site at Emory University in Atlanta. 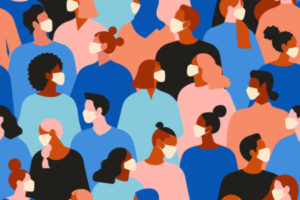 Ensuring Uptake of Vaccines against SARS-CoV-2 As Covid-19 continues to exact a heavy toll, development of a vaccine appears the most promising means of restoring normalcy to civil life. Perhaps no scientific breakthrough is more eagerly anticipated. But bringing a vaccine to market is only half the challenge; also critical is ensuring a high enough vaccination rate to achieve herd immunity. Concerningly, a recent poll found that only 49% of Americans planned to get vaccinated against SARS-CoV-2. One option for increasing vaccine uptake is to require it. Mandatory vaccination has proven effective in ensuring high childhood immunization rates in many high-income countries. However, except for influenza vaccination of health care workers, mandates have not been widely used for adults. Although a vaccine remains months to years away, developing a policy strategy to ensure uptake takes time. We offer a framework that states can apply now to help ensure uptake of the vaccine when it becomes available — including consideration of when a mandate might become appropriate. Our approach is guided by lessons from U.S. experiences with vaccines for the 1976 “swine flu,” H1N1 influenza, smallpox, and human papillomavirus (HPV). 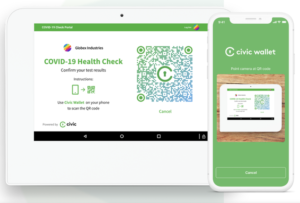 Apple And Google Admit Ethereum App To Let Employees Prove They’ve Been Vaccinated Imagine a world where 40,000 screaming fans are packed shoulder to shoulder in a stadium where their favorite teams clash in head-to-head combat, and everyone knows that everyone else has been vaccinated against Covid-19. Businesses have opened their doors to something that resembles business as usual, only their employees have all proved their own vaccination, as has every customer who enters the building. That’s the world Civic Technologies is working to build, and the world the company today took a big step towards making real. The San Francisco-based startup that raised $43 million in a 2017 initial coin offering, similar to an IPO, has formed a partnership with Circle Medical, a well-connected affiliate of UCSF Health, a San Francisco hospital, that will let employees prove to their employers the results of their most recent Covid-19 tests, and when a vaccine is developed, whether or not they’ve received it. Far from a theoretical blockchain application that might be of value at some future date, the app, which lets users prove a wide range of personal information, as well as spend bitcoin, ether, a version of the U.S. dollar issued on the ethereum blockchain, and Civic’s own token is available today on both Apple’s App Store and Google Play.