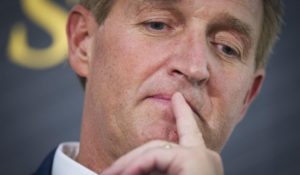 Trump haters floating secret Senate impeachment trial vote are cowardly anti-Americans There’s a new impeachment strategy to oust President Donald Trump from office that’s floating about town and it’s one that goes like this: Vote. In. Secret. Seriously? That’s the call from some in the Get Trump camp who see a behind-closed-door vote on impeachment in the Senate as something — what, in line with American values? The Constitution? Moral governance? Robert Alexander, a professor of political science at Ohio Northern University, just penned a piece for CNN with this headline: “The case for letting senators vote secretly on Trump’s fate.” What’s worse, he’s not alone on that thought. Wow. So much for that whole Sixth Amendment thang, the one that goes, in part, “the accused shall enjoy the right” “to be confronted with the witnesses against him” — and, as a nod to the left, yada yada. The clause applies to criminal prosecutions, but its real meat rests with the spirit of transparency and openness and accountability. Without transparency, our democratic-republic will fall. 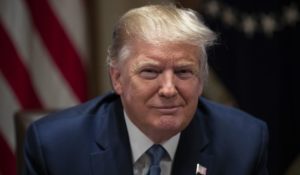 Trump beats own record for fewest new regulations issued in a year The Trump administration issued the fewest new regulations during 2019 than in any year since the government began keeping track more than four decades ago, as President Trump cuts away at Obama-era red tape. The Federal Register for Dec. 31 has published 2,964 final rules in its pages, the lowest number since records began in 1975, said Clyde Wayne Crews, policy vice president of the free-market Competitive Enterprise Institute think tank. Mr. Trump’s previous low for new rule-making was 3,281 in 2017. “It is a notable achievement that all three of the lowest-ever annual rule counts belong to Trump,” Mr. Crews wrote in his blog on Forbes’ website. “This an even more significant development given that some of Trump’s ‘rules’ are rules written to get rid of or replace other rules.” The White House said Tuesday that Mr. Trump’s “historic deregulation efforts are driving economic growth, cutting unnecessary costs and increasing transparency.” 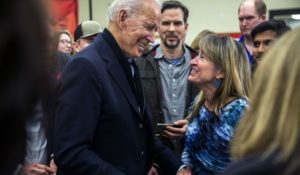 Biden not ‘satisfied’ until half of Supreme Court women; will nominate ‘living document’ advocates Joseph R. Biden says he won’t be “satisfied” until half of the U.S. Supreme Court is filled with women who hold a “living document” view of the Constitution. The former vice president told Democrats on the campaign trail that “academia” agrees with him: Supreme Court justices Elena Kagan and Ruth Bader Ginsburg have a philosophically correct view of the high court. “I for 22 years, I think it was, taught constitutional laws, the separation of powers. What I presided over as the chairman of the Judiciary Committee — they tell me more Supreme Court nomination judges than anybody in history just because I’ve been around so long. The people that I would appoint to the Court, are people who have a view of the Constitution as a living document, not as a state document,” he said Dec. 28 while speaking in Washington, Iowa. 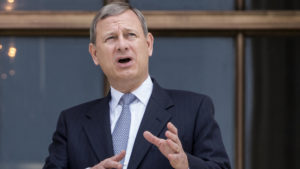 U.S. Taking Democracy for Granted, Chief Justice Roberts Says The U.S. has “come to take democracy for granted,” Chief Justice John Roberts said, urging his fellow judges to keep educating the public about the workings of the federal government and the Constitution. Roberts, who is slated to oversee the Senate‘s impeachment trial of President Donald Trump in the coming weeks, used his year-end report Tuesday to laud the federal judiciary’s work on civic education, while issuing a thinly veiled warning about the fragility of American democracy in a fractious time. “We have come to take democracy for granted, and civic education has fallen by the wayside,” Roberts wrote. “In our age, when social media can instantly spread rumor and false information on a grand scale, the public’s need to understand our government, and the protections it provides, is ever more vital.” 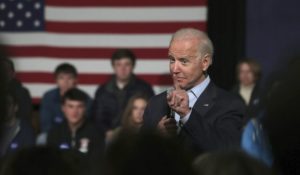 Joe Biden is a snob, and heart-and-soul America knows it Joe Biden, the guy the Democrats are relying on to beat President Donald Trump in 2020, told a bunch of rally-goers in Derry, New Hampshire, that coal miners, many of whom live and work in the area, ought to stop all this coal mining nonsense and get with the 21st century program and learn a new trade, a cleaner trade, a more environmentally sound trade — like coding. What a snob. What an elitist, entitled, arrogant snob. “Anybody who can go down 3,000 feet in a mine can sure as hell learn to program as well,” Biden said. “Anybody who can throw coal into a furnace can learn how to program, for God’s sake,” Biden said. He’s talking about the heart-and-soul types of America — the blue-collar hard workers, the backbone of American production, the chugging train of the U.S. economy. And his underlying message to them? 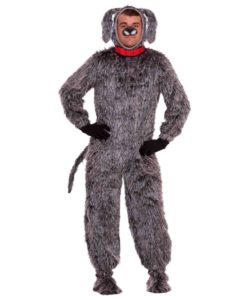 Vaccination crisis means people are increasingly at risk of new measles-like diseases jumping from animals to humans Falling rates of measles vaccinations could put people at risk from deadly animal viruses. The vaccine crisis is thought to have contributed to 142,000 deaths from measles worldwide last year. And an expert has warned that it may also make it easier for similar viruses in cattle and dogs to make the jump to humans. It is not yet clear whether canine distemper – caused by a virus which has already mutated to affect monkeys – has the ability to actually infect humans. But Professor Jonathan Ball, an expert in emerging viruses from Nottingham University, said if it could, we may have been protected in the past because most people were vaccinated against the similar measles virus. Now, humans are likely to be at greater risk from viruses such as canine distemper and PPRV, which usually infects sheep and goats. 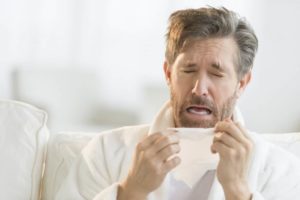 We’re just a sniff away from measles epidemic Measles is back. A measles alert was issued for Sydney this week after a man with the disease crisscrossed the city using public transport. And measles is on the rise. More than 50 people in NSW and 100 across the nation were diagnosed with measles last year — the highest level of the disease for five years. In Samoa, an outbreak last year saw almost 6000 people catch it and 82 of them died. All this at a time Australian vaccination levels, particularly in northern NSW, are inadequate to protect children’s lives. The illness was first described in Persian literature in the 9th Century and by the mid-1700s it was recognised as being spread by coughs and sneezes. Before a vaccine was developed there were about 20 million cases a year.

1) Hi Guys,
I heard you and your guest talking about Diatomaceous Earth(fossil shell flour) I was always of the belief the Diatomaceous Earth was good for killing parasites (internally).
2) How much Silica should one take-I am 70 years old-165 lbs.
3) Is it O.K. to take silver every day to prevent illness such as colds, flues, parasites etc. if so -should it be on an empty stomach?

Should Racists Get Health Care? Political correctness recently took a dangerous turn in the United Kingdom when the North Bristol National Health Service Trust announced that hospital patients who use offensive, racist, or sexist language will cease receiving medical care as soon as it is safe to end their treatment. The condition that treatment will not be withdrawn until doing so is safe seems to imply that no one will actually suffer from this policy. However, health-care providers have great discretion to determine when it is “safe” to withhold treatment. So, patients could be left with chronic pain or be denied certain procedures that could improve their health but are not necessary to make them “safe.” Patients accused of racism or sexism could also find themselves at the bottom of the NHS’s infamous “waiting lists,” unable to receive treatment until it truly is a matter of life and death. Since many people define racism and sexism as “anything I disagree with,” the new policy will no doubt lead to people being denied medical care for statements that most reasonable people would consider unobjectionable.

A medical monopoly does not a health care system make. Whether you call it Obamacare, universal health care or single payer, it’s a mandatory transfer of your life force to the pharmaceutical industrial complex. What we really suffer from is a freedom deficiency disease. The freedom to choose your healing path in life does not come from government captured by Big Pharma. May you reclaim your health freedom in 2020!

Giving Away LIVE On Today’s Show! 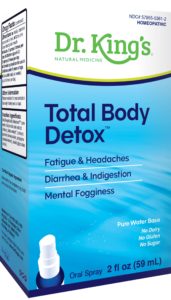