Trump raises more money in 24 hours than opening days of Sanders, Biden, O’Rourke, Harris combined Presidential Trump brought in nearly $25 million in the first 24 hours of his official reelection efforts, according to Republican National Committee Chairwoman Ronna McDaniel — more than the combined totals of five of his major Democratic rivals.  ” @realDonaldTrump has raised a record breaking $24.8M in less than 24 hours for his re-election. The enthusiasm across the country for this President is unmatched and unlike anything we’ve ever seen! #trump2020 #KeepAmericaGreat,” McDaniel tweeted Wednesday. McDaniel’s message followed Trump’s official kick-off rally in Orlando, Fla., on Tuesday night. Trump’s campaign on Tuesday sent out a fundraising memo asking supporters to raise at $7 million before midnight. The $24.8 million sum is several magnitudes higher than the leading Democratic candidates seeking the chance to challenge Trump in 2020. Former Vice President Joe Biden’s campaign said in April it pulled in $6.3 million during the 24 hours after he announced his third White House run. 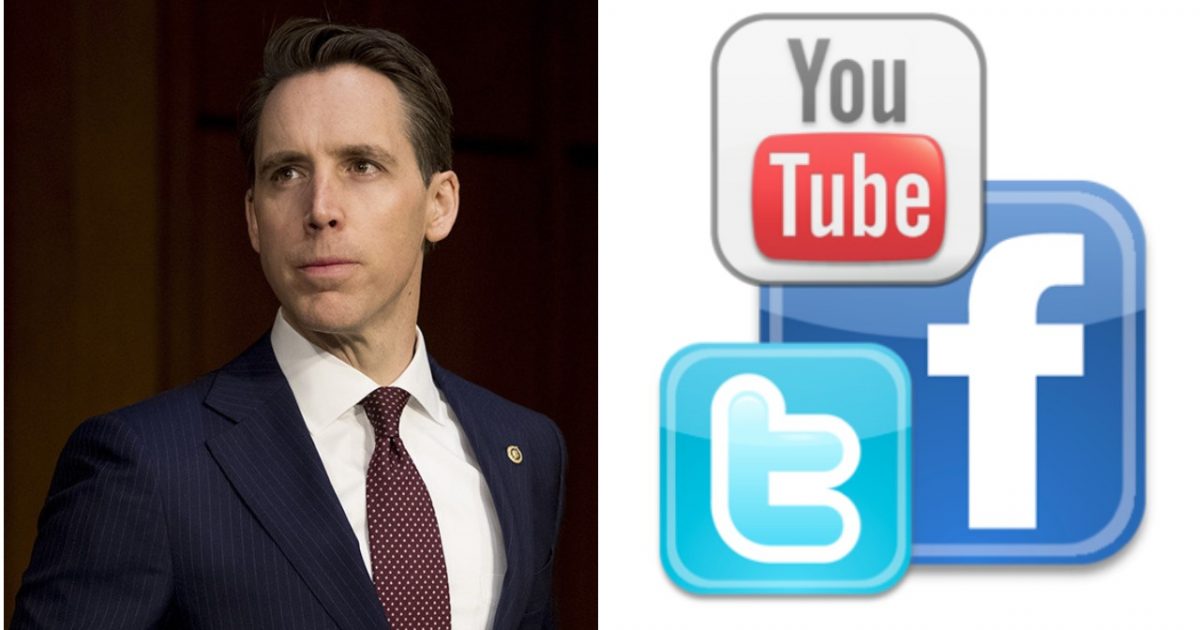 Josh Hawley Moves to End Immunity Privileges for Big Tech Monopolies Unless They Protect Free Speech Sen. Josh Hawley (R-MO) has emerged as the leading reformer against social media censorship, as he is going after their special immunity privileges under Section 230 of the Communications Decency Act. As it states right now, Section 230 states that “no provider or user of an interactive computer service shall be treated as the publisher or speaker of any information provided by another information content provider.” Howley’s bill, the Ending Support for Internet Censorship Act, would remove that exemption for Big Tech firms if they act like publishers instead of neutral platforms. Corporations would have to comply with external audits proving their algorithms and content moderation are not biased. 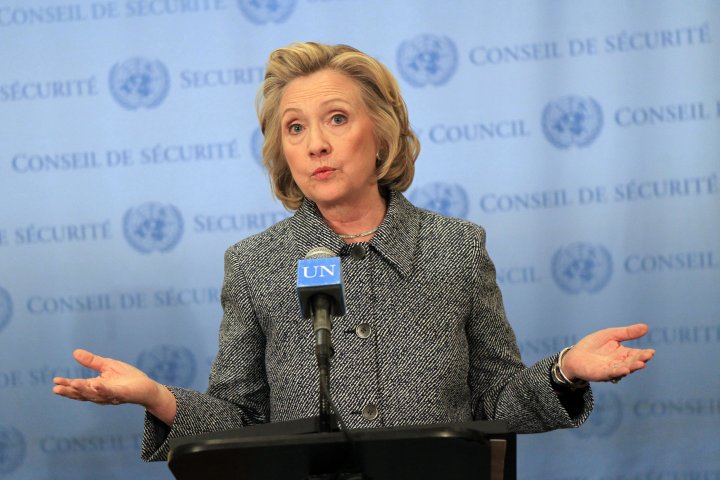 Clinton campaign broke election laws with dossier author payment, lawsuit claims A conservative nonprofit has filed a federal lawsuit accusing the Hillary Clinton campaign of violating election laws when it paid British citizen Christopher Steele to gather Kremlin-provided political dirt on candidate Donald Trump. Though not stated outright, the lawsuit argues that Democrats violated an admonition issued last week by Federal Election Commission Chairman Ellen L. Weintraub. She decreed that political campaigns cannot accept “anything of value” from foreign nationals. The lawsuit from The Coolidge Reagan Foundation says the Clinton campaign and Democratic National Committee accepted something of value from a foreign national, Mr. Steele, in the form of Kremlin anti-Trump smut. The suit’s purpose is to persuade a federal judge to order the FEC to vote on whether to open a formal investigation. Coolidge Reagan filed an FEC complaint in August. It was accepted for review, but there has been no formal commission action, according to Dan Backer, the foundation’s founder and president.

Flag-burning bans are anti-American President Donald Trump recently responded to legislation for a constitutional amendment that would ban the desecration of the U.S. flag by giving a thumbs-up on Twitter and calling it “a no brainer!” Yes, this issue is a no-brainer. But not in the way Trump means. Quite the opposite, in fact. The backstory is this: On June 14, coinciding with Flag Day, Sens. Steve Daines and Kevin Cramer, both Republicans, introduced an amendment to ban any desecration of the U.S. banner. “The American Flag is a symbol of freedom — and it should always be protected,” Daines tweeted. Yes on both counts. The American flag is indeed a glorious waving symbol of freedom. And this glorious waving symbol of freedom should indeed always be protected. But not with regulation. Not with the full force of government. And those who advocate for such are just plain wrong. 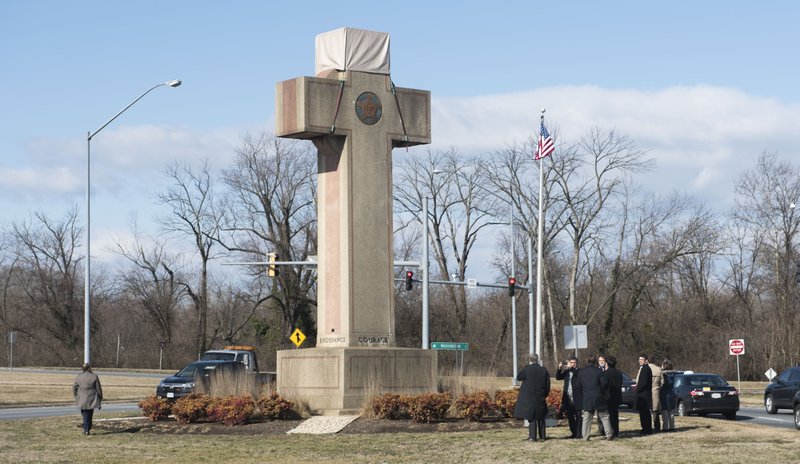 Supreme Court upholds cross on public land in Maryland A World War I memorial in the shape of a 40-foot-tall cross can continue to stand on public land in Maryland, the Supreme Court ruled Thursday in an important decision about the use of religious symbols in American life. The justices, ruling 7-2 in favor of the cross’ backers, said preserving a long-standing religious monument is very different from allowing the building of a new one. The court concluded that the nearly 100-year-old memorial’s presence on a grassy highway median doesn’t violate the First Amendment’s establishment clause, which prohibits the government from favoring one religion over others. The case had been closely watched for its potential impact on other monuments. Defenders of the cross in Bladensburg, a suburb of the nation’s capital, had argued that a ruling against them could doom of hundreds of war memorials that use crosses to commemorate soldiers who died. “The cross is undoubtedly a Christian symbol, but that fact should not blind us to everything else that the Bladensburg Cross has come to represent,” Justice Samuel Alito wrote.

Congratulations, New York Democrats! You Sold Us to Merck and F%&^*d Yourselves in the Process I might as well apologize up front for all the profanity in this blog. You see, I live in New York State, and this past Thursday my state legislators decided theyknew best what medical interventions my children—and all other New York children—should receive. As a staffer in New York State Senator Jessica Ramos’s office put it, “We think all children should be vaccinated.” When I informed him that if that he were to achieve his goal, there would be many more injured children than we see already, he replied, “You’re entitled to your opinion.” And therein lies the problem: That’s not my opinion; that’s fact. It’s inexcusable that legislators are writing laws compelling children to consume these liability-free products made by the most corrupt corporations in the country without even knowing the basic facts.

CDC Announce Number of Expired Flu Vaccines Administered Last Season There were 125 reports of 192 patients receiving expired injectable inactivated influenza vaccines (IIV) during the last flu season (July 11, 2018 to March 29, 2019), according to the Centers for Disease Control and Prevention’s Vaccine Adverse Event Reporting System (VAERS). The CDC acknowledged that VAERS “likely captures only a small fraction of expired IIV administered,” therefore the actual number is probably much greater. Of the 103 cases where the age of the recipient was available, 73 (70.1%) were identified as being in the high-risk age groups for influenza (8 were <5years and 65 were >50 years). There were 4 reports of adverse events after administration of the expired IIV; none were serious. Findings suggest that expired IIV does not pose additional risks for adverse events ‘beyond those of seasonal IIV.’ The CDC did not assess vaccine failure.

Hi RSB and Super Don,
M Boldin is the best.!!! So positive, upbeat, might I say JOYFUL! It was so refreshing, I was hoping you would go a few more hours.
He talked about topics you rarely discuss and I am sincerely hoping you have him back more frequently.
I am noticing you are no longer advertising sovereign silver and now have a new silver product Argentis23. Can you explain? Is it the same, is it a replacement? Why? Thanks for keeping us well informed. I noticed it is also on NAN/NAD Facebook page.
Theresa

Hiya RSB! The hubby was diagnosed with a broad tear in his labrum. I’ve put him on the silica challenge but he’s in a lot of pain. Is there anything you would personally recommend that he try before he decides to do surgery? Thanks in advance!

Hello. I listened to your recent interview with John Burgstiner and Mel Friedman and was wondering how to access a talk that you had on acid reflux and the Linx procedure. I’d love to listen to it since I have had decades of medical issues related to intestinal health. 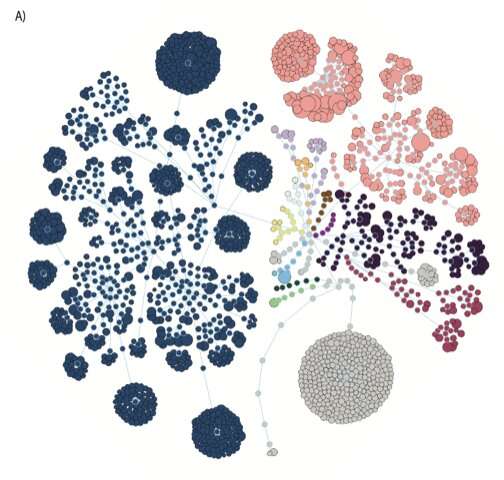 Gut bacteria associated with chronic pain for first time Scientists have found a correlation between a disease involving chronic pain and alterations in the gut microbiome. Fibromyalgia affects 2-4 percent of the population and has no known cure. Symptoms include fatigue, impaired sleep and cognitive difficulties, but the disease is most clearly characterized by widespread chronic pain. In a paper published today in the journal Pain, a Montreal-based research team has shown, for the first time, that there are alterations in the bacteria in the gastrointestinal tracts of people with fibromyalgia. Approximately 20 different species of bacteria were found in either greater or are lesser quantities in the microbiomes of participants suffering from the disease than in the healthy control group.