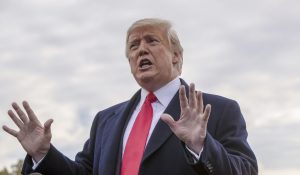 Trump claims spending money on border wall will save U.S. ‘billions’ President Donald Trump claimed Monday that the United States would “save Billions of Dollars if the Democrats would give us the votes to build the Wall,” without explaining how his elusive border wall would create a savings bonanza.Lawmakers are looking to avoid a partial government shutdown at the end of this week, and disagreements over how much money to provide for border security are the primary holdup. Trump has suggested he won’t sign a spending bill that includes less than $5 billion tabbed for building a wall along the southern border, significantly more than the $1.6 billion agreed to in a bipartisan Senate proposal. 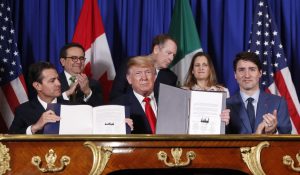 Trump signs trade pact with Mexico and Canada at G-20 President Trump on Friday joined leaders of Mexico and Canada in signing a new three-way trade pact to replace NAFTA, scoring a big win at the opening of the Group of 20 summit in Argentina. Mr. Trump called the massive trade deal dubbed the U.S.-Mexico-Canada Agreement, or USMCA, a “model agreement that changes the trade landscape forever.” The agreement sets new rules on agriculture, technology and auto imports, protects autoworkers’ jobs in the U.S. and opens Canada to American dairy products. But the agreement still needs approval by Congress and could run into trouble, including careful scrutiny by the new Democrat majority in the House. Replacing NAFTA fulfills a top campaign promise by Mr. Trump, who called the 1994 agreement the “worst deal ever made” that hastened the demise of U.S. manufacturing. 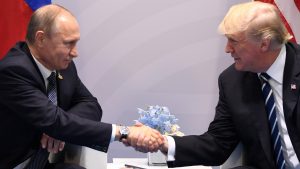 DONALD TRUMP ‘LISTENED CAREFULLY’ WHEN VLADIMIR PUTIN EXPLAINED RUSSIAN VERSION OF EVENTS IN UKRAINE, RUSSIAN MEDIA SAYS President Donald Trump approached Russian President Vladimir Putin during the G20 summit in Argentina over the weekend and asked him about Russia’s ongoing conflict with Ukraine, a Russian official said. “Our president discussed in as much detail as is possible for a 10- to 15-minute conversation. He explained our assessment of the situation, and the President of the United States listened carefully to our arguments,” said Yury Ushakov, Putin’s aide and longtime Russian diplomat, according to the Russian paper Vedomosti. Ushakov noted that the conversation had taken place when the two leaders were standing up. Hours prior to landing in Argentina, Trump canceled the official meeting with Putin that had been scheduled to occur during the G20 summit. He claimed he had canceled the meeting because Russian forces clashed with three Ukrainian navy vessels on November 25 as they attempted to cross from the Black Sea into the Sea of Azov via the Kerch Strait. The conflict ended with Russia seizing the Ukrainian ships and detaining 24 Ukrainian soldiers, some of whom were wounded.

Will Hemp-Derived CBD Be Fully Legal with Passage of the 2018 Farm Bill? Not Quite… Public interest in the potential health benefits of CBD (cannabidiol) is responsible for a whole new market segment of health and wellness foods and supplements that features CBD as an ingredient. CBD is one of more than 100 cannabinoids in the cannabis plant, but unlike THC (tetrahydrocannabinol), CBD is not psychoactive and won’t get the user “high.” The CBD market is expected to top $591 million this year, and with federal protections could grow to $22 billion by 2022. Fueling this trend is scientific and anecdotal evidence of CBD’s effect on anxiety, pain, inflammation, nausea and seizures, as well as its value in fighting the opioid crisis.

Not A Doc Chris Barr joins us to talk about the latest in health news!

medication, statins can come with side effects. Statins, drugs typically used to lower cholesterol, are relatively safe for most people. When they are taken specifically to prevent cardiovascular disease, a new study suggests, the side effects just might outweigh the benefits, depending on your age, sex and the specific statin you’re taking. For instance, atorvastatin and rosuvastatin provided cardiovascular benefits at a lower 10-year risk than simvastatin and pravastatin, according to the study. Overall, the benefit of statins may come with higher 10-year risks for cardiovascular disease than are reflected in most guidelines, according to the study, published Monday in the medical journal Annals of Internal Medicine. The finding raises the question: Are statins overprescribed for the prevention of cardiovascular disease? The study analyzed the benefits and risks only when using statins for the primary prevention of cardiovascular disease, including heart attacks and stroke, not when used after a heart attack, for example. Many physicians recommend that patients have conversations about the risks and benefits of statins with their doctors. 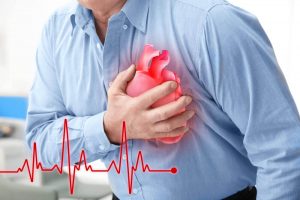 Conquer Your Heart Attack Fears With Facts, Not Lies! Almost all adults are concerned about the condition of their heart and cardiovascular system. Some live in constant fear wondering whether any ache, cramp or pain in their upper body is a sign of a heart attack. There isn’t an adult living in North America that hasn’t lost a loved one or a family member to heart disease. The fact is, heart attacks kill, and they kill by the millions every year! Just recently we witnessed the sudden death of TV news anchorman Tim Russert from a massive heart attack. Tim was only 58 years old. It came as a complete shock to the world. Since Tim was internationally recognized, our society tends to give deaths like his more attention than others. What happened to Tim Russert is only a microcosm of what is happening on a massive scale every year. Generally we expect people in their seventies, eighties and nineties to die from heart attacks. When it occurs with people in their twenties, thirties, forties or fifties, it’s usually considered a tragedy. There’s a reason why statin drugs, high blood pressure drugs, and diabetes medications are the best selling drugs on the market. Drug companies have done a masterful job of instilling fear into virtually everyone alive that if there are any imbalances, their risk of dying from heart disease greatly increases. What they haven’t told you is that these numbers have been deliberately manipulated so they can sweep in millions and get them on a regimen of drugs for life on the false assumption that they will live longer by taking them.

Join Dr. Rashid Buttar for an Advanced Medicine webinar that will explain one of the most fascinating and cutting edge movements on the planet today which provides you with tools to help you achieve better health and wellness by optimizing 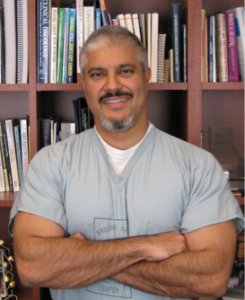 structure and function through nutrition and EFFECTIVE detoxification!

This particular webinar will cover some crucial information for all who wish to take control of their own health outcomes and desire true autonomy over their own bodies. The title of this webinar is “Ingredients, Synergy and Effectiveness of Protocols” but will cover some additional key components that are not to be missed. The webinar is scheduled for Thursday, December 6, 2018 at 8:30 pm EST. Join us then…we look forward to seeing you there.