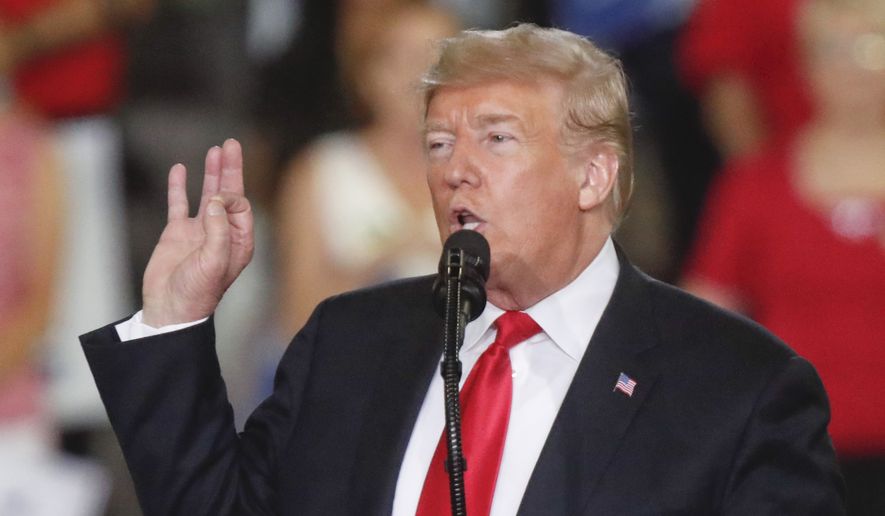 Trump rails against ‘Fake News’ in bizarre tirade, warns industry will fold when he leaves office President Trump teed off on the news media in a bizarre Twitter rant Thursday morning ahead of a big social media summit at the White House slated for later in the day. The string of tweets attacked the news media and claimed the industry would go out of business when he leaves office, even suggesting outlets would be forced to endorse him this cycle for the sake of their own survival. He went on to alternately praise himself, lob insults at familiar targets in the 2020 Democratic field and even joke about serving more than two terms.

Judge strikes down rule requiring drug ads to reveal prices A federal judge Monday blocked a major White House initiative on prescription drug costs, saying the Trump administration lacked the legal authority to require drugmakers to disclose their prices in TV ads. The narrow ruling by U.S. District Judge Amit Mehta in Washington, D.C., struck down a requirement that was set to go into effect within hours, on Tuesday. Drugmakers had argued that requiring them to disclose list prices amounted to coercion that would violate their free speech rights under the Constitution. But in his 27-page ruling Mehta avoided debating the First Amendment, saying simply that the Trump administration had failed to show it had legal authority under the statutes that govern federal programs such as Medicare to require price disclosure.

Taxing whitey moves mainstream Once upon a time, the idea of taxing white people for their skin color was the stuff and nonsense of satire — or, at the very least, of the rantings of the radical left, mostly minorities, seeking payback for America’s dark days of slavery and racism. Even then, it was dismissed. But the idea is moving mainstream. Believe it or not, there are actual groups of people who seriously think white people are so privileged as to justify creating separate categories of pricing and taxing based on skin color. This goes beyond the normal Democratic-slash-socialist redistribution of wealth schemes that take from the rich to give to the poor — or, more to truth, to give to the non-working, non-producing, snowflake-like class of whiners. This is bluntly: Pale people pay more. Who’d have thought America would ever see this day. 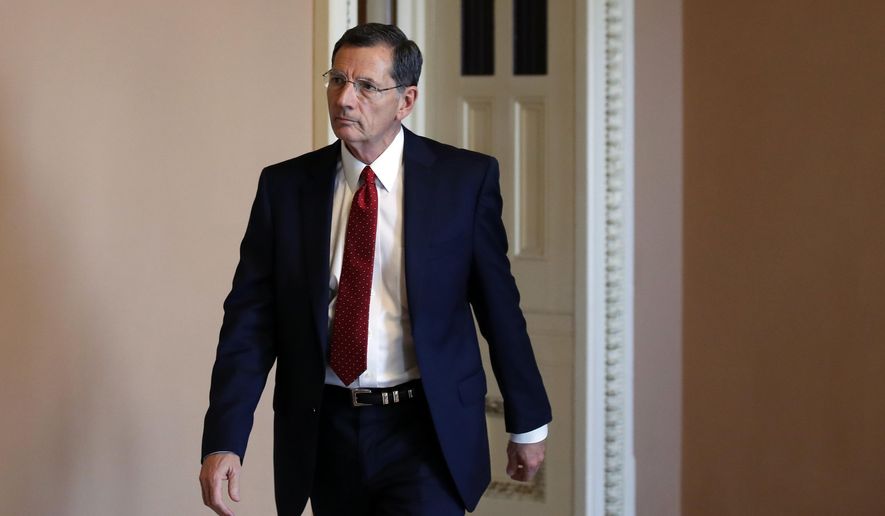 John Barrasso: Census citizenship question necessary; Dems want health care for illegal immigrants Sen. John Barrasso said Thursday that he supports the census citizenship question amid reports President Trump may announce an executive action for the question to appear on the decennial survey after it was blocked by the Supreme Court. “I think the more information that we can have makes us better able to make decisions in Congress, especially when Democrats in the debates are saying we want to provide free health insurance for all illegal immigrants. I think as you make policy decisions, we need to know how many people you are talking about, where they are and what they’re doing,” the Wyoming Republican said on CNN’s “Newsroom.” Mr. Barrasso is referencing a moment on night two of the 2020 Democratic presidential debates where all 10 candidates, including Vice President Joseph R. Biden and Sens. Bernard Sanders of Vermont and Kamala D. Harris of California, all raised their hands to support health insurance for illegal immigrants.

“Small bites you can remember
– to bite them in the behind”

We’re going to change course a little bit in July – we’re going to be discussing the Problematic Ingredients in vaccines.

The theme for this month is Vaccination’s Problematic Ingredients –

and the topic for today: How did that stuff get in there?

Most people believe that a vaccine consists of a little weakened virus or a snip of bacteria mixed with some sterile water. Those same people are often shocked when they learn there are more than 130 different foreign proteins, animal cells, metals, and >200 chemicals in vaccines.

Granted, each vaccine has about 10 of those ingredients, but if a person receives at least one dose of every available vaccine – and most persons who are vaccinated have received multiple doses of each vaccine – that person will have been injected with many milligrams of problematic ingredients.
2. Adjuvants and Aluminum

It would take hours to discuss the chemistry and potential side effects associated the injection of more than 200 chemicals. Today we’re going to examine two of those ingredients a little more closely: Adjuvants and a brief overview of aluminum.

Even today, pro-vaccine advocates cannot explain how vaccines prevent illness…they have a THEORY (it’s about the “protective antibody”) but that THEORY falls apart when a vaccinated person with high antibody levels still contract the infection…even tetanus.

But the idea that something in the serum can neutralize bacteria came to be accepted started way bac in 1890, when German researcher, Emil von Behring, discovered that when the serum of a horse that had been injected with Corynebacterium diphtheria was mixed with the live diphtheria bacterium.It was observed that the serum neutralized the bacteria. Von Behring took this step further and found that if the serum of a vaccinated horse was injected into the horse of an animal who was sick with diphtheria, the animal was essentially cured. In 1901, Von Behring was awarded the Nobel Prize for his work in the study of diphtheria.

A few years later, in the early 1920s, a French veterinarian, Gaston Ramon, was also working with diphtheria. Diphtheria anti-toxin serum was being harvested from horses for commercial use, but the small abscesses induced on horses results in only a small antibody response. Ramon tried injecting series of substances – starch, breadcrumbs, tapioca and others particles – to increase the anti-toxin yield. After much trial and error, it was found that flour that contained alum generated that largest response. Later, alum was injected alone and it was concluded that it was the alum – not the flour – that greatly enhanced the antibody response.

In 1926, aluminum potassium sulfate was first used to enhance antibody response in guinea pigs and horses. In 1932, Alum first used in human vaccines

Adjuvants have recently been implicated in the new syndrome named ASIA autoimmune/ inflammatory syndrome induced by adjuvants. Study: looked for adverse events up to 54 days after a vaccine between 2008 and 2011.

“Side effects have always been reported but in the latest years it seems that they have increased in number and seriousness, particularly in children as the American Academy of pediatrics reports. For instance, the DTaP vaccine was linked to cases of sudden infant death syndrome (SIDS); multiple immunizations with immune disorders; hepatitis B vaccines with multiple sclerosis, etc.

This study is often referred to as the Gatti Study. The Italian researchers were the first to verify unbelievable physical contaminants in vaccines.

In an initial series of experiments, we examined the potential toxicity of aluminum hydroxide in male mice injected subcutaneously in two equivalent-to-human doses. Aluminum-treated mice showed significantly increased apoptosis of motor neurons and increases in reactive astrocytes and microglial proliferation within the spinal cord and cortex.

A second series of experiments was conducted on mice injected with six doses of aluminum hydroxide. These mice revealed significant impairments in motor functions as well as diminished spatial memory capacity. The demonstrated neurotoxicity of aluminum hydroxide and its relative ubiquity as an adjuvant suggest that greater scrutiny by the scientific community is warranted.

**Aluminum induces entropy in living organisms by disrupting all levels of structure from water molecules through all systems.**

Entropy-inducing cascades, feedback loops (positive and negative) within and across levels, can damage DNAs, RNAs, proteins, cells, tissues, and whole organ systems  . Of course, the dose-response of Al and its compounds must be considered, but even at low doses, especially with repeated exposures, Al can have cumulative deleterious effects that can be extreme and even fatal.   For that reason, a repeated low dose exposure may prove more damaging than a single larger dose.

Aluminum can damage genetic systems, proteins, cells, and all systems up through the CNS.   While higher doses may rapidly affect multiple levels…low doses over time, for example, **from vaccines**, can degrade metabolismand disrupt repair and defense systems and can spiral out of control as in ASIA.   Alumium adjuvants in vaccines may hyper-drive the immune functions of the body.
Announcement: