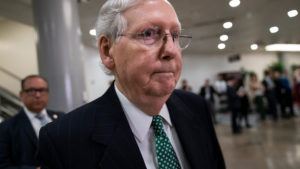 Trump’s trial a major test for McConnell, Schumer The looming Senate impeachment trial is a major test for both Senate Majority Leader Mitch McConnell (R-Ky.) and Minority Leader Charles Schumer (D-N.Y.) as they square off in what could be the most defining battle on Capitol Hill this year before the 2020 election. The stakes for McConnell and Schumer, who have been longtime political adversaries, are high. In 1999, Democrats scored a big victory in President Clinton’s impeachment trial by convincing a handful of Republicans to cross the aisle and vote against the two articles of impeachment passed by the House. Ten Republicans voted against Article I charging Clinton with perjury and five Republicans voted against Article II charging the president with obstruction of justice. Clinton and his allies hailed it as an acquittal and saw depriving Republicans — who controlled the chamber with 55 seats — of a majority vote for impeachment as a major victory. Sen. Tom Harkin (D-Iowa) was spotted exchanging high fives on media row in the Russell Rotunda immediately after the vote. 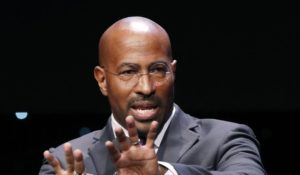 Van Jones laments ‘dispiriting’ debate: ‘Nothing I saw tonight’ could beat Trump CNN’s Van Jones was less than impressed with the candidates’ performances during Tuesday night’s presidential primary debate, likening the event to “cold oatmeal” that wouldn’t stand a chance up against President Trump. Speaking on CNN right after the debate, Mr. Jones said it was “dispiriting” to see Sens. Bernard Sanders of Vermont and Elizabeth Warren of Massachusetts attack each other the way they did. “As a progressive, to see those two have that level of vitriol was very dispiriting,” the former Obama adviser said. “And I want to say that tonight, for me, was dispiriting. “The Democrats have got to do better than what we saw tonight,” he declared. “There was nothing I saw tonight that would be able to take Donald Trump out, and I want to see a Democrat in the White House as soon as possible.” Mr. Jones later took the debate to Twitter, saying he had “high expectations” for something that turned out to be like “cold oatmeal.” 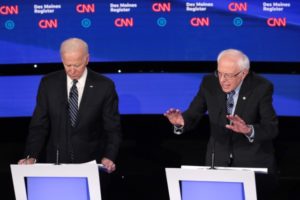 Bernie Sanders: ‘Our Job Is to Rebuild United Nations’ During a question focusing on U.S. foreign policy, Sanders stated that it is America’s job to “rebuild the United Nations.” “The American people are sick and tired of endless wars which have cost us trillions of dollars,” Sanders said. “Our job is to rebuild the United Nations and rebuild the State Department, make sure we have the capability of bringing the world together to resolve international conflict diplomatically and stop the endless wars,” he continued. Sanders also lamented the rising tensions with Iran, citing the Vietnam War and Iraq War — which he called the two great foreign policy disasters — contending that both were based on lies. The socialist senator said he fears that President Trump is lying and angling to “drag” us into a war that is “worse than the war in Iraq.” 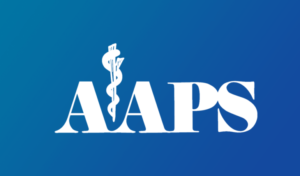 Rep. Adam Schiff Sued by Physicians for Censoring Vaccine Debate On Jan 15, 2020, the Association of American Physicians and Surgeons, along with Katarina Verrelli, on behalf of herself and others who seek access to vaccine information, filed suit in the U.S. District Court for the District of Columbia. Plaintiffs allege that Defendant Adam Schiff has abused government power and infringed on their free-speech rights. “Who appointed Congressman Adam Schiff as Censor-in-Chief?” asks AAPS General Counsel.  “No one did, and he should not be misusing his position to censor speech on the internet.” In February and March 2019, Rep. Schiff contacted Google, Facebook, and Amazon, to encourage them to de-platform or discredit what Schiff asserted to be inaccurate information on vaccines. He then posted the letters and press release on the House.gov website. Within 24 hours of Schiff’s letter to Amazon dated Mar 1, 2019, Amazon removed the popular videos Vaxxed and Shoot ’Em Up: the Truth About Vaccines from its platform for streaming videos, depriving members of the public of convenient access. Under a policy announced in May 2019, Twitter includes a pro-government disclaimer placed above search results for an AAPS article on vaccine mandates: “Know the Facts. To make sure you get the best information on vaccination, resources are available from the US Department of Health and Human Services.” The implication of this disclaimer is that if information is not on a government website, then it is somehow less credible. 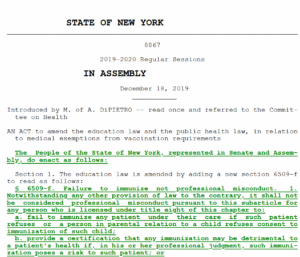 New York Bill Would Protect Physicians’ Right to Make Vaccine-Related Decisions, Reject Federal Narrative A bill introduced in the New York Assembly would protect a medical providers’ rights to make vaccine-related decisions and push back against any future federal vaccine mandates. Assemblyman David DiPietro [R] introduced Assembly Bill 8867 (A8867) on Jan 8. The legislation would amend New York law to protect medical providers in instances where they opt not to administer vaccines or they write a medical exemption from the vaccine requirements. Under the bill, it would not be considered professional misconduct for a medical provider covered by the bill to do any of the following:

chickenpox. A very benign infection in the vast majority of children, chickenpox used to be called a “rite of passage” disease, with most kids contracting the infection between the ages of 8 and 12. Recovery left behind lifetime immunity and in little girls, antibodies to be passed to their infants through breast milk later on life.

Historically, shingles was mostly diagnosed in those who were elderly, immunocompromised, had insulin-dependent diabetes or were taking drugs such as steroids, chemotherapy or biologics. After the widespread use of the chickenpox vaccine, which was first introduced in 1995, very little wild varicella virus remains in circulation.

Without re-exposure, the dormant chickenpox virus can reactivate in adults, leading to the painful rash referred to as herpes zoster (HZ) or shingles. The zoster rash is typically unilateral, does not cross the midline and follows a distribution along a dermatome, an area of the skin supplied by nerves from a single spinal root. The painful rash usually lasts 7-10 days but can last 3 to 4 weeks, or more.

For full explanation about Shingles – what it is and the potential for side effects, this is the full text article:

Revaccination of Recipients of Live Attenuated Zoster Vaccine and Coadministration With a Seasonal Influenza Vaccine.” https://academic.oup.com/jid/article/216/11/1329/4237498

The most frequent debilitating complication of HZ is persistent neuropathic pain known as postherpetic neuralgia (PHN) reflecting damage to the sensory ganglion in which the latent virus reactivated and to adjacent neural structures. Early treatment with antiviral drugs reduces the severity and duration of HZ but does not prevent the development of PHN, which may persist for months or years and is frequently refractory to treatment. More than a million new cases of HZ occur each year in the United States and this number is increasing with aging of the population and the increased use of immunosuppressive therapies.

Referred to as the Shingles Prevention Study, 38,500 adults 60 years or older given one injhection of zoster vaccine (Zostavax). Follow up was 3.1years to assess if any of the recipients contracted shingles. Conclusion:

But not so fast.

New State Bills To Keep An Eye On: 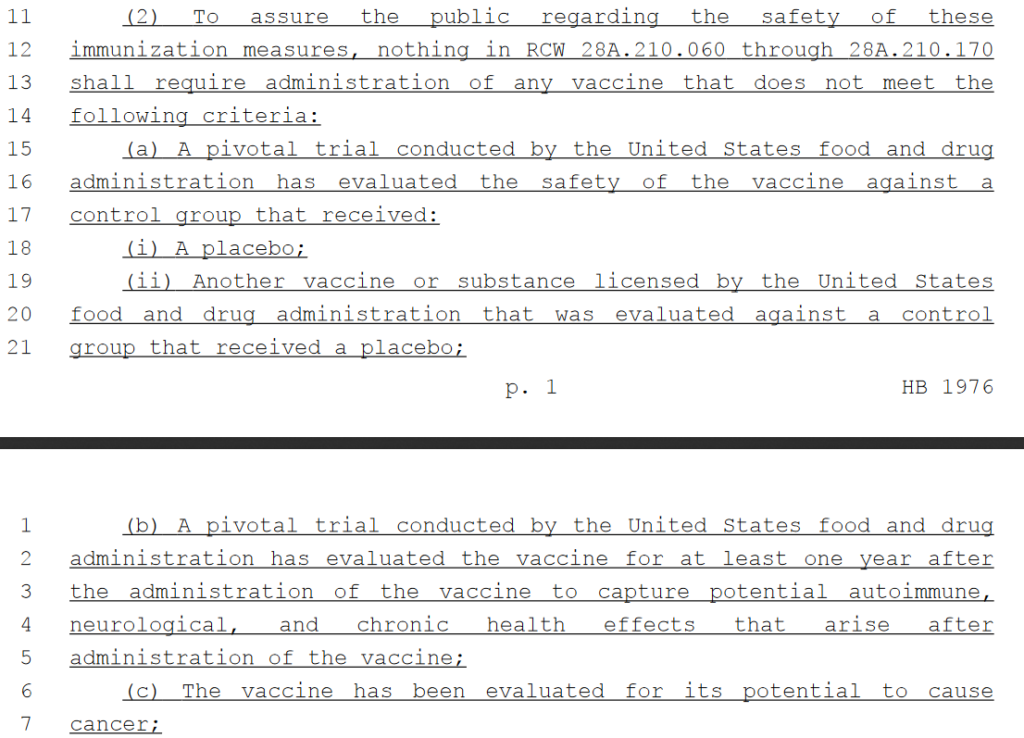 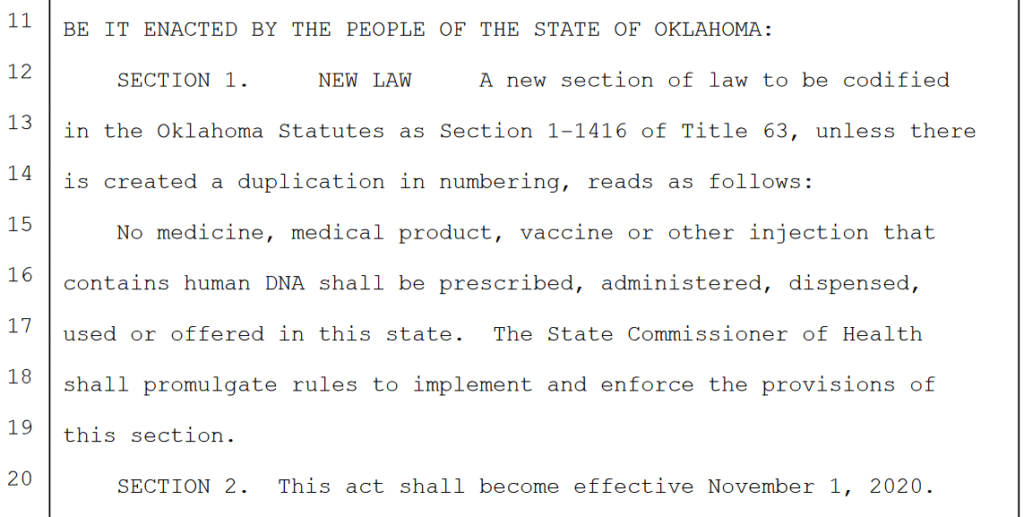 My 54 year old aunt in Italy has been diagnosed with osteoporosis. Her (DXA) bone density T-scores were: -3.3 spine, -2.7 left hip, -2.8 right hip. (Her lower spine measured as low as -3.9.) She has been taking vitamin D3 50,000 IU two times per month as prescribed by her doctor (and nothing else). This amount sounds excessive, and we wonder if it is even necessary.

I understand that Alta Silica has the capacity to pull someone out of osteopenia. What results can one with osteoporosis expect? I know other supplements are recommended, but finances may be an issue for her. In order of importance, if possible, which supplements and at what doses might be recommended for someone in this situation?

Your show has been such a help to our family.

Many thanks and much love to you and Super Don.