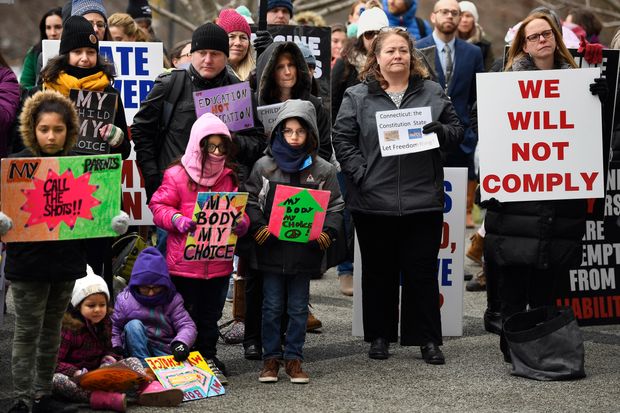 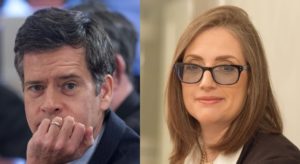 Elizabeth Glass Challenges Brad Hoylman for NY Senate! Elizabeth Glass is challenging Brad Hoylman for his New York Senate Seat. This is ginormous news! The mood in NY is shifting rapidly. I am not the only FED UP DEMOCRAT in NYC! Go to Glass’s Facebook page and like her page, follow, share – all that stuff you do on Facebook. https://www.facebook.com/glassforsenate/ On Twitter Glass is @glassforsenate and her description is subtle yet brilliant. It reads: Mother of 4. Teacher. DV Advocate. Candidate for NYS Senate in Manhattan’s District 27. The Revolution Starts Now. Her Twitter account is locked and she is currently following only 7 people on Twitter – and I am one of them. All the tea leaves are reading very delicious right now; I think she is pro-Health Freedom (but time will tell). For those who don’t know, Brad Hoylman is the NY Senator from Manhattan who is Big Pharma’s biggest fan and most controlled puppet. He sponsors all bills that take away parental rights to control what goes into our children’s bodies. Hoylman was the original sponsor of the bill that repealed the Religious Exemption to vaccination, and now he wants to force the dangerous HPV vaccine – Merck’s Gardasil – on all New York children to go to school. He also supports children getting vaccinated in school for STDs without parental knowledge or consent, and he supports perfectly healthy HIV-negative children getting dangerous HIV PrEP drugs without parental knowledge or consent. This man MUST be VOTED OUT! 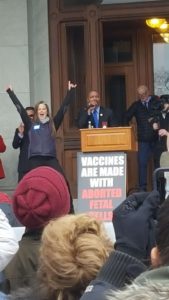 Show Up or Step Down: Protest HB 5044 Vaccine Bill on Wednesday February 19 at Hartford Connecticut Capitol The Public Health Committee has raised a bill, HB-5044, which aims to remove the religious exemption completely for all public and private K-12 schools, child care, institutions of higher education and child group care homes in Connecticut. It gives children/students who previously used the religious exemption until the start of the 2020 school year, or Sept 1, 2020 for child care, to get the initial dose of any missed, age-appropriate vaccines and to create a catch-up schedule for any additional required doses. It also would require children/students who are medically exempt from one or more of the vaccines on CT’s vaccination schedule to submit a new certificate, to be created by the Department of Public Health. The public hearing on February 19, is your opportunity to tell Connecticut legislators that you do not consent to the removal of the religious exemption. It starts at 10:30am in Room 2E of the Legislative Office Building, 300 Capitol Ave Hartford, CT.

South Dakota Bill Would End Mandatory Vaccinations for School, Push Back Against Federal Narrative A bill introduced in the South Dakota House would ban mandatory vaccinations for schools and push back against the push for federal vaccines mandates. A coalition of 14 Republicans introduced House Bill 1235 (HB1235) on Feb. 5. There’s a strong move afoot to increase mandatory vaccinations in the U.S. This includes policies to eliminate exemptions from state vaccine mandates and efforts to impose federal mandates. Mandating vaccinations is a dangerous slippery slope that violates the right to informed consent. This legislation would firmly push back against this threat to medical freedom.

The proposed law would:

Under the proposed law, “No child entering public or nonpublic school, or a public or nonpublic early childhood program in this state, may be required to receive any immunization or medical procedure for enrollment or entry. The Department of Health may recommend any immunization for school entry but may not require them. No school may use any coercive means to require immunization. HB1235 declares, “Every person has the inalienable right to bodily integrity, free from any threat or compulsion that the person accepts any medical intervention, including immunization. No person may be discriminated against for refusal to accept an unwanted medical intervention, including immunization.” 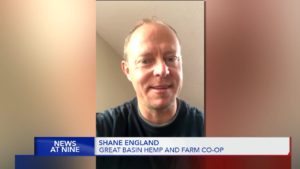 Utah man arrested after cannabis fair, claiming his civil rights were obstructed The founder of Great Basin Hemp and Farm Co-op spent the weekend in jail after he was arrested, driving home from the first Utah Cannabis Fair. Shane England said he was at the fair on Saturday and that he’s licensed to transport hemp. Following the fair, England said he was on his way home to Fillmore and was getting tired. England said he pulled to the side and got out of his car to get some air. When England got back on the road around Millard County, he said a Utah Highway Patrol trooper began to follow him, then pulled him over. “He put the lights on and came up to my window,” England said. “He told me I was being pulled over for mudflap violation.” England said the trooper told him someone had called in stating a driver had been swerving all over the road. 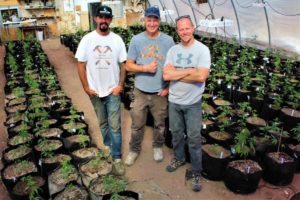 Legal Fund for Shane England – Utah Hemp Farmer Hemp and Cannabis community, We must fight again, and we will need as many as can contribute and share to take this as far as necessary to get our rights as citizens to lawfully possess and use hemp in all its forms. As many of you have heard Shane England, the founder of Great Basin Hemp & Farm Co-op, was arrested on trumped up charges of possession of hemp and DUI while driving back from the Utah Cannabis Career Fair in Salt Lake City. His vehicle, company goods, hemp plant and personal belongings were impounded and are in danger of civil seizure. On top of that he was locked up for two days, even after performing sobriety and urine analysis tests and passing clean all on drug use. The judge gave him a bail of $1630 dollars and he has his first court date on Wednesday, February 19th in Nephi, Utah. Shane was one of the first farmers to sign up for the career fair and show selfless support for our cannabis community. He had my back when it came to supporting our cause and I’m happy to jump immediately at the opportunity to help him with his cause.  Now is the time to stand with Shane and support his battle that, in the end, will help us all tremendously. 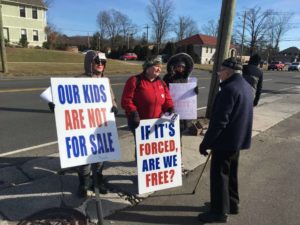 We are running to Idaho from the Seattle area. We moved to Idaho this past year, for two reasons. 1. My daughter has made it to 15 without vaccinations and that was coming to an end. 2. We watched socialism destroy a beautiful place and wanted to get ourselves to a red state. Now that we are here we call our politicians relentlessly to make sure what happened to Washington state, never happens here. I hope all the California refugees all recognize that the liberal state they came from was a total fail and they will also stand up, get vocal, and work to keep Idaho the conservative state that it is.
Pam N