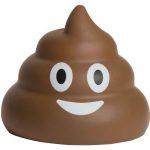 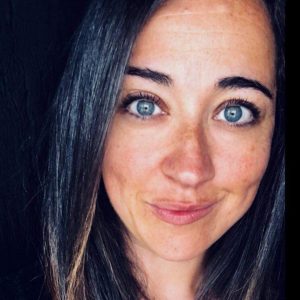 Joni will be speaking at the Trinity Conference. Title of her talk is “I Have a Microbiome Where?! The Essentials for Keeping Your Vaginal Microbiome Healthy. “ 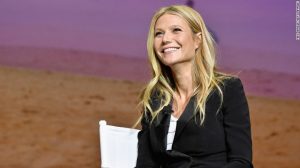 Gwyneth Paltrow’s Goop brand hit with penalties for ‘unsubstantiated claims’ Actress Gwyneth Paltrow’s lifestyle brand, Goop, has been slapped with penalties for “unsubstantiated claims.” The products that spawned the charges? Two of Goop’s vaginal eggs and an essential oil-like product. “Goop advertised that the Jade and Rose Quartz eggs could balance hormones, regulate menstrual cycles, prevent uterine prolapse, and increase bladder control,” the Orange County District Attorney’s office in California said in a statement. “Goop advertised that the Inner Judge Flower Essence Blend could help prevent depression.” The Orange County DA’s office represents one of 10 California county prosecutors that make up the California Food, Drug, and Medical Device Task Force. The multi-district attorney task force reached a settlement with Goop in which the company “agreed to pay $145,000 in civil penalties, based on limited sales of these products in California,” the statement read.

The MSM At War With – Itself? 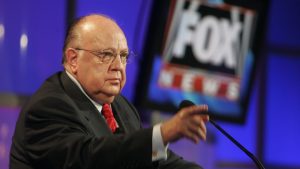 Chuck Todd: It’s Time for the Press to Fight Back I’ve devoted much of my professional life to the study of political campaigns, not as a historian or an academic but as a reporter and an analyst. I thought I’d seen it all, from the bizarre upset that handed a professional wrestler the governorship of Minnesota to the California recall that gave us the Governator to candidates who die but stay on the ballot and win. But there’s a new kind of campaign underway, one that most of my colleagues and I have never publicly reported on, never fully analyzed, and never fully acknowledged: the campaign to destroy the legitimacy of the American news media. Bashing the media for political gain isn’t new, and neither is manipulating the media to support or oppose a cause. These practices are at least as old as the Gutenberg press. But antipathy toward the media right now has risen to a level I’ve never personally experienced before. The closest parallel in recent American history is the hostility to reporters in the segregated South in the 1950s and ’60s. Then, as now, that hatred was artificially stoked by people who found that it could deliver them some combination of fame, wealth, and power. 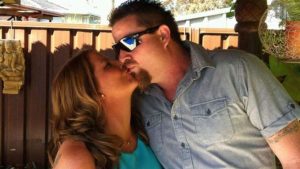 Covering It Up 39-year-old Lindsey Day is said to have been “perfectly fit and healthy” just before he received immunizations for the flu and whooping cough. Just three days following the vaccines, the Sydney man passed away. The family is blaming the vaccines on his death and considering legal action. Day was given the vaccines as a prep for his stepdaughter’s baby arrival. As is common practice, doctors recommend that all adults receive both a whooping cough and flu vaccine before handling a newborn baby. According to the autopsy obtained by 9news, Day began experiencing cold and flu-like symptoms shortly after receiving the vaccines on April 28. He took cold and flu tablets to treat his symptoms. However, Day’s condition rapidly deteriorated over the course of the next two days. On day 3, Day attempted to go to work, but returned to his house and told his partner Vanessa that he was too sick to drive his car. Seconds later, Day experienced a seizure and stopped breathing. 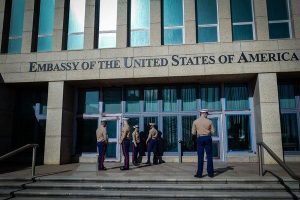 ‘Sonic attacks’ on US diplomats in Cuba and China: Microwaves suspected, scientists say They’ve been described as “sonic attacks” — bizarre, unexplained head injuries that spurred the United States to bring home diplomatic staff from China and Cuba. Now scientists are saying the ailments could have been caused by microwave weapons. Though a March report based on the examinations of 21 diplomats who served in Cuba didn’t link the attacks to microwaves, the study’s lead author, Douglas Smith, director of the University of Pennsylvania’s Center for Brain Injury and Repair, told The New York Times that the diplomats likely suffered brain injuries and that microwaves are considered the culprit. “Everybody was relatively skeptical at first,” he told the newspaper, “and everyone now agrees there’s something there.” In a Sunday interview with CNN, Smith said microwaves are “a main suspect” in causing the diplomats’ injuries, but ultrasound and infrasound were being studied as potential causes as well. 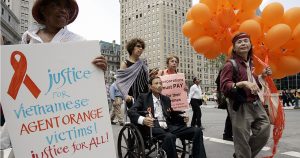 After California Jury Convicts Monsanto in Glyphosate Trial, Vietnamese Victims of Monsanto’s Agent Orange Also Want Justice A jury’s verdict in California that a groundskeeper got cancer from repeated exposure to Monsanto‘s Roundupweedkiller is offering new hope for justice for millions of plaintiffs an ocean away. During the Vietnam War, Monsanto was one of the primary companies that supplied Agent Orange to the U.S military, which sprayed 44 million liters (approximately 11.5 million gallons) of the dioxin-containing herbicide on the jungles of South Vietnam. As a result, at least three million Vietnamese people have suffered from cancer, neurological damage and reproductive problems that have been passed down three or four generations, Viet Nam News reported. “The verdict serves as a legal precedent which refutes previous claims that the herbicides made by Monsanto and other chemical corporations in the U.S. and provided for the U.S. army in the war are harmless,” spokesman for Vietnam foreign ministry spokesperson Nguyen Phuong Tra said, as The Independent reported Sunday. In 2004, the Vietnam Association for Victims of Agent Orange/Dioxin (VAVA) filed its first class action suit against 37 U.S. companies, including Dow Chemical and Monsanto, but the case was rejected three times. U.S. courts said there was no legal precedent for the case, that the companies were acting on the orders of the U.S. government and that there was not enough evidence linking Agent Orange with negative health effects, according to Viet Nam News. 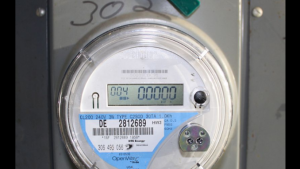 Landmark US Court Decision Rules that Privacy Under the Fourth Amendment Applies to Smart Meters The Seventh Circuit just handed down a landmark opinion, ruling 3-0 that the Fourth Amendment protects energy-consumption data collected by smart meters. Smart meters collect energy usage data at high frequencies—typically every 5, 15, or 30 minutes—and therefore know exactly how much electricity is being used, and when, in any given household. The court recognized that data from these devices reveals intimate details about what’s going on inside the home that would otherwise be unavailable to the government without a physical search. The court held that residents have a reasonable expectation of privacy in this data and that the government’s access of it constitutes a “search.” This case, Naperville Smart Meter Awareness v. City of Naperville, is the first case addressing whether the Fourth Amendment protects smart meter data. Courts have in the past held that the Fourth Amendment does not protect monthly energy usage readings from traditional, analog energy meters, the predecessors to smart meters. The lower court in this case applied that precedent to conclude that smart meter data, too, was unprotected as a matter of law. On appeal, EFF and Privacy International filed an amicus brief urging the Seventh Circuit to reconsider this dangerous ruling.

There was a “We The People” petition to President Trump demanding congressional action which was started on August 28th regarding the censoring and shadow banning of hundreds of conservative voices by the likes of Google, Apple, Facebook and others. These petitions require a minimum of 100,000 signatures within a one month timeframe in order for the President to review them. I was pleased to see that the 100,000 mark was arrived at in less than four days.

Donald Trump is very much aware of this censorship and it goes far beyond Alex Jones. He is speaking out about this issue at his rally’s and has said that “We as a country cannot tolerate political censorship”, but as usual MSM makes little if any mention of it. There is something very 1984 Orwellian happening right now as the left seeks to silence conservative voices with the approaching mid-term elections.

Here in Connecticut we have a Senator Chris Murphy who feels that only the far left should be heard as his form of ‘democracy’ which is the antithesis of what our forefathers intended. I guess he prefers representatives like Maxine Waters who are encouraging their constituents to shout down their opposition and follow and harass them wherever they go.

Let’s look at the ratings though. Fox News Cable Channel has been first for 16 years running while CNN is far down even behind The Food Channel as many besides President Trump see CNN as the premier face of Fake News. The new book “The Russia Hoax” is also a New York Times Best Seller and hopefully books like this will help to turn the tide towards congressional action.