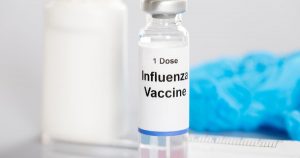 Flu science points to another culprit when vaccines fail — us If you’ve ever gotten a flu shot — and then, later that season, gotten the flu — you were more than likely, and rightly, miffed. Your doctor might have explained that the problem was possibly that the influenza vaccine wasn’t well matched that year to the strains people coughed and sneezed in your direction. But increasingly influenza researchers are offering another explanation: The problem, at least partly, could be you. A growing body of evidence suggests that sometimes our immune systems simply don’t follow the instructions a vaccine tries to give them — that is, make antibodies to fight a particular H3N2 or H1N1 virus. The reason? We all have flu baggage that shapes the way our immune systems respond to both infections and vaccines. “We’ve all been trained on different influenza viruses,” explained Scott Hensley, an associate professor of microbiology at the University of Pennsylvania who studies the factors that influence response to flu vaccine.

“If you vaccinate 100 people, guess what? They’re all going to respond differently.” 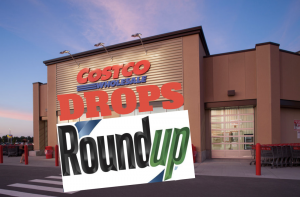 COSTCO DUMPS ROUNDUP AS SCIENTIFIC FRAUD CONTINUALLY SPOTLIGHTED Costco warehouses will no longer be selling Bayer AG’s lawsuit-burdened Roundup glyphosate formulation according to a recent interview with Mom’s Across America founder Zen Honeycut. After pressure from consumers, against a backdrop of Monsanto’s now-public scientific fraud and growing lawsuits alleging the glyphosate-based herbicide has been responsible for a range of ill-health conditions, Costco has withdrawn the product. The active public now hopes to demand both Home Depot and Lowes remove Bayer’s product from their shelves in what would likely be a crushing blow to the company’s bottom line.  Bayer is already feeling the sting of its first multimillion dollar landmark legal loss from August 2018. The jury found Monsanto failed to warn plaintiff​ Dwayne Johnson of the health hazards of exposure also ruling that they were responsible for “negligent failure” and knew or should have known that their product was “dangerous”. Johnson, a 46-years-old father, developed a severe form of non-Hodgkin’s lymphoma while working as a California school groundskeeper. 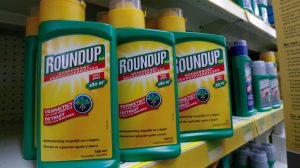 plagiarism scandal rocking the EU centers on the safety of the weedkiller glyphosate In 2017, the EuropeanUnion decided in an unusually dramatic vote to reauthorize the agricultural use of glyphosate, a controversial weedkiller believed by some to cause cancer in humans. Environmental activists had joined forces with representatives of countries like France, Belgium, Italy, and Austria in calling for the European Food Safety Authority (EFSA) to ban the chemical compound. But 18 other member countries voted in favor of renewing the chemical’s license, a decision celebrated by Monsanto, the multinational company that produces Roundup, a weedkiller whose main ingredient is glyphosate. That decision was largely based on the findings of a report (pdf), commissioned by the EU and written by the German Federal Institute for Risk Assessment (BfR, short for its German name, Bundesinstitut für Risikobewertung). The BfR reviewed all the available scientific evidence on glyphosate and concluded that “classification and labeling [of glyphosate] for carcinogenicity is not warranted.” Now Stefan Weber and Helmut Burtscher, two researchers affiliated with the Austrian environmental non-governmental organization Global 2000, are accusing the BfR of plagiarizing much of its report from a paper on glyphosate written by the agrochemical industry.

Hi robert I’ve had some issues recently with weight loss and gut issues, there where alot of stabbing pains which subsided using allicin from onions and garlic, however I’ve been left with the lower right side of my abdomen which seems to puff out near my appendix and my rectus abdominis is very hard at different points throughout the day and when I go to the toilet there are sometimes hard and sometimes waxy yellow bits inside I have no idea what the issue is or how to treat it other than what I done to rid the stabbing pains do you have any suggestions or idea as to what the problem is? 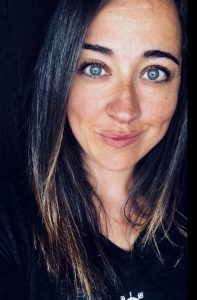 Breastfeeding provides ‘significant’ long-term health benefits to mothers Most women are basically familiar with the benefits a baby gets from breastfeeding: It provides bonding and passage of antibodies to prevent infection, not to mention it’s an ideal source of nutrition for most babies. But did you know breastfeeding can actually help you lose weight? It takes an extra 500 kcal per day to do. Each pound of body fat has 3500 kcal. That’s a pound off per week. Nice. Looking at the bigger picture, women who have breastfed their babies have some pretty significant long-term health benefits. According to a committee opinion by the American Congress of Obstetricians and Gynecologists, some of those benefits include the following. Women who breastfeed see a 37 percent decrease in heart attack risk. Given that a third of women die from heart disease, anything that reduces risk this much is worth considering. Decrease in Type 2 diabetes This benefit increases more for every total year of breastfeeding. In spite of all this potential benefit, don’t feel guilty if breastfeeding just isn’t for you. It just doesn’t work for some women. But for mothers who are not sure if it is worth the time and hassle, this may be enough to tilt you toward giving breastfeeding a try.

Here’s Why Experts Say You Shouldn’t Wash Your Baby After Birth Mothers of teenagers, think back to the happy day when your son or daughter was born: Shortly after birth your infant was likely taken away from you. It was to be expected—after all, the baby needed to be cleaned up and washed off. But now, experts are saying there’s evidence that parents should wait a bit longer—at least 24 hours, or more—before bathing your little one. “It’s important to remember that babies aren’t born dirty,” explains Dr. Ira Jaffe, a board certified maternal fetal medicine OBGYN doctor in NYC. “The way they’re designed to come out is how they should come out.” Babies are born with a white, waxy coating, which convention has held should be washed off sooner rather than later. But this substance, called vernix caseosa, can be beneficial if left on for awhile longer. While it may seem like bathing a baby right after birth has been the thing to do for as long as any of us can remember, there has been a recent and evolving interest in understanding that babies are covered in vernix for a reason—and we’re just now gaining a better understanding of its benefits. A 2004 study by ACOG’s Journal of Obstetrics and Gynecology points out that vernix adds a protective layer to the skin, which makes it softer and protects the immune system. 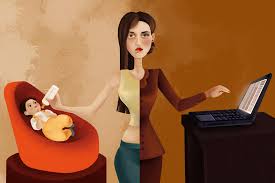 Invisible labor can negatively impact well-being in mothers Knowing who needs to be where, on what day and at what time. Buying a bigger pair of pants before a child outgrows what is currently hanging in the closet. Always having a jar of unopened peanut butter on hand. These caregiving tasks require mental and emotional effort and are examples of the invisible labor women contribute and caring for their families. Researchers from Arizona State University and Oklahoma State University examined how invisible labor impacted the well-being of a sample of American women. The work will be published on January 22 in Sex Roles. “Until recently, no one stopped to think about mom herself,” said Suniya Luthar, Foundation Professor of psychology at ASU and senior author on the study. “We need to attend to the well-being of moms if we want children to do well, and also for their own sakes.”

Hi. What would be the best method of application of colloidal silver in the treatment for hpv. Who is best qualified to administer that treatment. Thank you