Half The Story or Half The Truth? 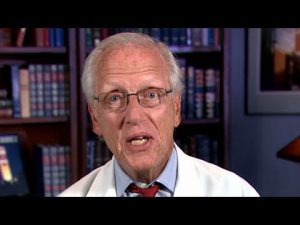 Flu Vax Data ‘Only Tell Half the Story’  Flu vaccine efficacy numbers may seem lower than normal,
but any flu vaccine is better than no vaccine, says William Schaffner, MD, professor of preventive medicine and infectious diseases at Vanderbilt University, in this MedPage Today video. Schaffner characterizes the current vaccine’s efficacy numbers as “not bad,” and reiterates that vaccination helps prevent severe flu even if it isn’t perfect. He also emphasizes the importance of pediatric immunizations, given the latest CDC data about pediatric deaths, and looks ahead to upcoming flu vaccine research.

Incredible pandemic hoax from the Ministry of Truth By declaring Swine Flu a “global pandemic,” and at the same time redefining and diluting the understood meaning of the word “pandemic,” WHO manages to assume bureaucratic power over the actions of nations, even if the death rate is very small. WHO stays in charge. Debate about the actual severity of the health threat is derailed because, well, it’s already been declared a pandemic. And the level of public fear is maintained. That is how propaganda works. From this WHO ruse (and from statistics), we can infer that pandemic Swine Flu as a concept is being propped up by failing to disclose that the “disease” isn’t killing people left and right. Otherwise, why remove “enormous numbers of deaths” from the definition of “pandemic?” 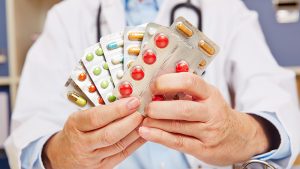 On the same day that 17 children were murdered in a Florida high school, almost 300
Americans were killed by FDA-approved prescription medications On the same day that 17 students and staff were killed in a Florida high school shooting, nearly 300 Americans werekilled by FDA-approved prescription medications. Yet no one cried a single tear, and the (pharma-funded) news didn’t even mention the tragedy. When children are killed by guns, the news is emotionally multiplied with pseudojournalism “theatrics” to push for gun control while ignoring the far more devastating causes of preventable death in America. You see, while the Florida school shooting happened just once, the deaths of hundreds of Americans from FDA-approved prescription medications goes on every single day, without pause. 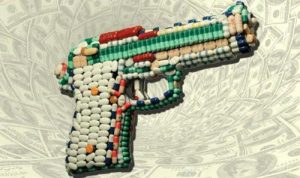 Step 1 – In 1996, Uncle Sam would award a 17-year government patent monopoly to Purdue Pharma to be the exclusive supplier of OxyContin, an addictive and potentially deadly opioid painkiller. This would ensure that they had a massive multi-billion-dollar profit incentive to get as many people addicted as possible without any generic competition to keep this profit motive in check.

Step 2 – To further fuel the use of OxyContin, Uncle Sam would cover the cost of it through Medicaid and Social Security Disability Insurance (SSDI). This would ensure that there were billions of dollars available to fund the purchase of massive quantities of the addictive and potentially deadly substance.

Not Sure We Agree With This… 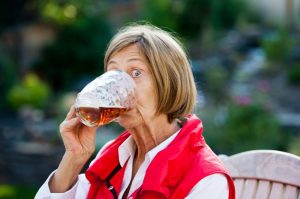 If you want to live longer, you should drink booze every day (and put on weight) If you want to live to 90, the secret might not be to eat lettuce, take up meditations and do a juice cleanse every fortnight.nstead, ‘super agers’ – people who live beyond 90 – seem to enjoy booze daily, put on (a bit) of weight, and swill down coffee daily too. Dr Claudia Kawas of the University of California identified five lifestyle factors associated with living to over 90: having hobbies, doing exercise, drinking one or two glasses of wine or beer a day, being slightly overweight, and drinking coffee.

She Survived Breast Cancer, But Says A Treatment 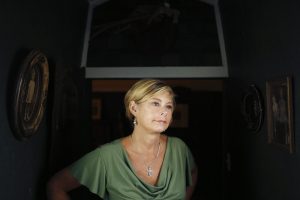 Side Effect ‘Almost Killed’ Her After Virginia Harrod was diagnosed with stage 3 breast cancer in 2014, she had a double mastectomy. Surgeons also removed 16 lymph nodes from under her armpit and the area around her breast, to see how far the cancer had spread and to determine what further treatment might be needed. Then she underwent radiation therapy. As it turned out, the removal of those lymph nodes, along with the radiation, put Harrod at risk for another disorder — lymphedema, a painful and debilitating swelling of the soft tissue of the arms or legs, and/or an increased vulnerability to infection. 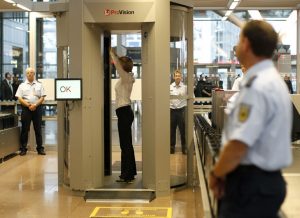 Los Alamos Study Finds Airport Scanners Alter DNA Can we ever believe what our government tells us about airport security devices? Apparently not. First they told us those X-ray scanners (that showed way too many naked body parts) were perfectly safe. Even the manufacturer of the device, Rapidscan, openly admitted the scanners had not been adequately tested. The truth was later revealed that the safety tests turned out to be totally rigged, as reported by Natural News. With fabricated results, the technology was quickly rushed into every airport worldwide.  No one listened to what the scientists in the field of radiation were trying to tell them – it’s not safe.

Powassan, West Nile viruses cause Zika-like damage to fetuses In 2016, the US Centers for 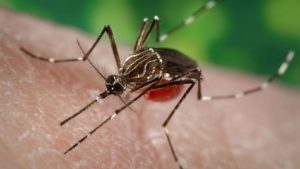 Disease Control and Prevention confirmed that the Zika virus caused birth defects in babies born to women who had been infected while pregnant. This was the first mosquito-borne disease known to cause birth defects. Since then, images of babies with underdeveloped heads, born to pregnant women infected with Zika virus, have touched hearts around the world. Now, a study suggests that two viruses that are related to Zika can cause similar birth defects. 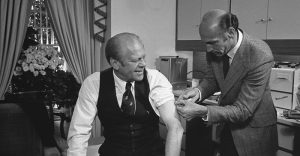 Are Many Modern Diseases Linked to the Failed Mass Swine Flu Vaccination in 1976? Crohn’s. Lupus. Autism. ADHD. Food allergies. Celiac disease. Sjögren’s syndrome. Polymyalgia rheumatica. Multiple sclerosis. Anklyosing spondylitis. Type 1 diabetes. Vasculitis. Peripheral neuropathy. The list goes on, and on, and on. We are being increasingly diagnosed with these conditions and diseases of unknown origin, and science has very little to say – why would autoimmune diseases and mysterious diseases of inflammation be so prevalent? When did this increase start? As an observer and participant in modern biomedical research, and a lover of deep history, I tend to focus not on the immediate or last few years, but look for trends of accumulating risk over longer periods of time. 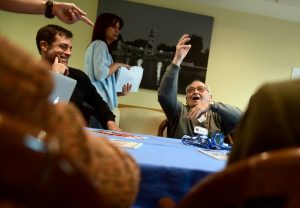 Scientists explore ties between Alzheimer’s and our immune system Beer has fueled a lot of
bad ideas. But on a Friday afternoon in 2007, it helped two Alzheimer’s researchers come up with a really a good one. Neuroscientists Robert Moir and Rudolph Tanzi were sipping Coronas in separate offices during “attitude adjustment hour” at Massachusetts General Hospital, Harvard’s largest teaching hospital. And, by chance, each scientist found himself wondering about an apparent link between Alzheimer’s disease and the immune system.