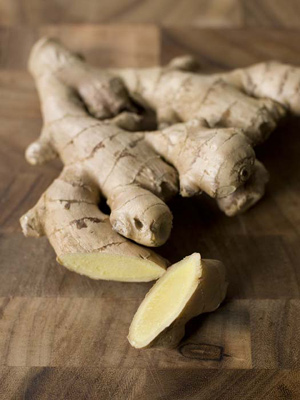 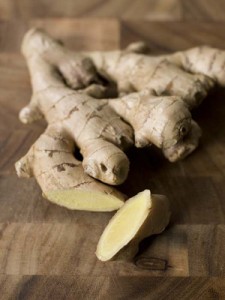 Forget the aspirin and Big Pharma pills for your muscle pain. According to a new study just reported in the Journal of Pain, published by the American Pain Society, daily doses of raw or heat-treated ginger effectively relieve muscle aches and discomfort — and that includes even severe pain following strenuous exercise.

For centuries, ginger has been used by practitioners of Chinese medicine and by traditional Indian and Japanese healers to treat a host of conditions including vomiting and nausea, chronic coughs, morning sickness, gastrointestinal complaints and migraine headaches. It has also been used to treat both rheumatoid arthritis and osteoarthritis. However, Western medicine has only recently started to seriously study the medicinal qualities of ginger.

So far, several studies have shown that ginger appears to have anti-inflammatory and analgesic properties similar to nonsteroidal anti-inflammatory drugs, but without the side effects (which can include gastrointestinal bleeding and ulcers). In one study, taking a daily dose of ginger (30 to 500 mg.) for four to 36 weeks successfully reduced knee pain in people suffering from osteoarthritis.

Now, in new research from the University of Georgia and Georgia College and State University (GCSU), scientists have found even more evidence that ginger is a potent muscle pain reliever. The scientists worked with seventy-four student volunteers who were divided into three groups. One group was given raw ginger, one group received heated ginger and the third group received a fake ginger placebo.

Muscle pain was induced in the volunteers by having them perform 18 eccentric muscle exercises. Then the research subjects were tested on 11 consecutive days to see if those taking the ginger had reduced muscle aches and pains. And they did — dramatically. The results showed that both raw and heat-treated ginger lowered muscle pain intensity by 25 and 23 percent, respectively.

More breaking ginger news: in a study just reported in the journal Pediatric Blood and Cancer, researchers from the All India Institute of Medical Sciences in New Delhi have documented that ginger significantly reduced nausea and vomiting in children subjected to chemotherapy for cancer. In addition, new research published this month in the journal Molecular Vision suggests ginger may prevent or delay the development of cataracts in diabetics.