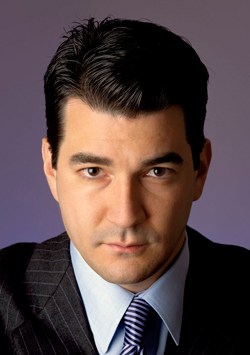 Former FDA Commissioner Scott Gottlieb joins Pfizer board Former Food and Drug Administration (FDA) Commissioner Scott Gottlieb will join the board of directors of Pfizer, the company announced Thursday. Gottlieb stepped down in April after running the FDA for two years and is currently a resident at the American Enterprise Institute. One of his main priorities at the agency was to speed up the approval of new treatments, especially generic drugs and biosimilars — identical copies of a complex drug manufactured by a different company. Manufacturers have complained about regulatory roadblocks that prevent biosimilars from being more widely used. Pfizer has biosimilars to four of the top 10 biologic drugs on the market. 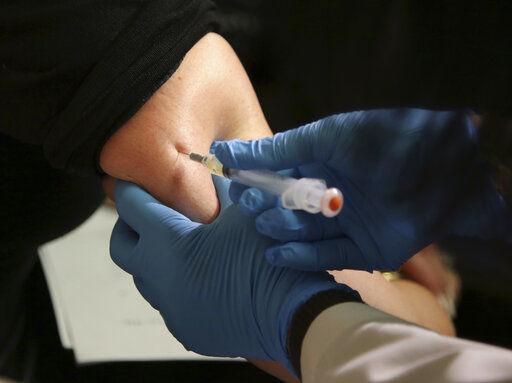 Plain Talk: Preventing diseases should never be political Who would have thought that getting your kids vaccinated for measles would become a political issue? Unfortunately, that’s exactly what’s happened in this era of self-centered behavior that shows little regard for the welfare of others. Yes, there has always been resistance to vaccines, mainly from people with orthodox religious beliefs. But the percentage of parents who believed in protecting their kids from childhood diseases like measles, mumps and chicken pox was so overwhelming that the diseases were virtually eradicated — until now. That’s when parents — mostly on the left of our political spectrum — decided that injecting chemicals into their children’s bodies was as dangerous as eating non-organic food, while those on the right — especially our Tea Party friends — considered vaccines to be part of a plot by the government to condition young minds. 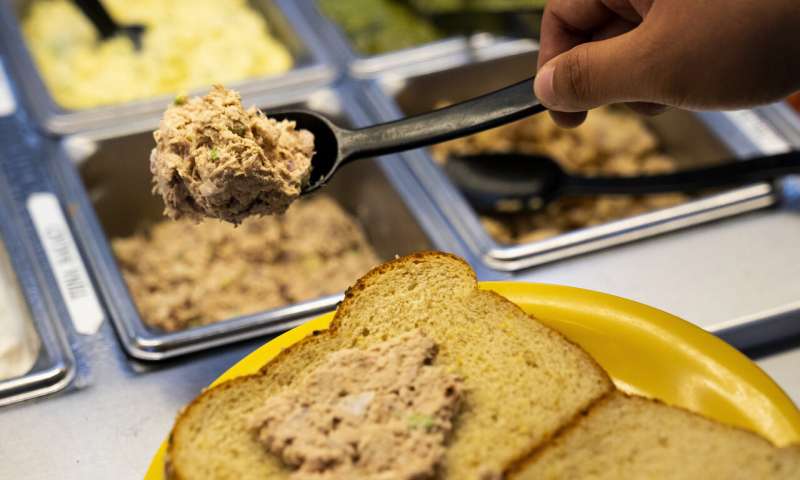 Students chowing down tuna in dining halls are unaware of mercury exposure risks A surprising number of students eating in university dining halls have been helping themselves to servings of tuna well beyond the amounts recommended to avoid consuming too much mercury, a toxic heavy metal. Researchers at UC Santa Cruz surveyed students outside of campus dining halls on their tuna consumption habits and knowledge of mercury exposure risks, and also measured the mercury levels in hair samples from the students. They found that hair mercury levels were closely correlated with how much tuna the students said they ate. And for some students, their hair mercury measurements were above what is considered a “level of concern.” “It doesn’t necessarily mean that they would be experiencing toxic effects, but it’s a level at which it’s recommended to try to lower your mercury exposure,” said Myra Finkelstein, an associate adjunct professor of environmental toxicology at UC Santa Cruz. “Our results were consistent with other studies of mercury levels in hair from people who eat a lot of fish.”

Can a Blood Test Replace a Vaccine Dose? In this video, Dr. Offit explains the limitations of titers and/or blood tests in determining levels of immunity, and why getting vaccinated is still the surest action to induce immunity.

Could the poo of elite athletes provide an ingredient to improve physical performance? Great athletes not only have heart, they have guts — special guts. Boston Marathon runners and Olympic athletes have higher than usual amounts of Veillonella bacteria in their digestive tract following races, a new study finds. When mice consumed the Veillonella, their treadmill runs were better than those of mice not given the same bacterial diet, according to new research published Monday in the journal Nature Medicine. Our digestive system, a group of organs that includes the stomach and colon, harbors nearly 100 trillion bacteria. Collectively known as the “gut microbiome,” these bacteria help our bodies break down complex carbohydrates and starches, while also producing vitamins and hormones. Gut flora, which collectively weigh up to four and a quarter pounds and contain more genes than our actual genome, have escaped observation until recently, when scientists began to study and sequence the 500 to 1,000 different species of bacteria that inhabit each of us. 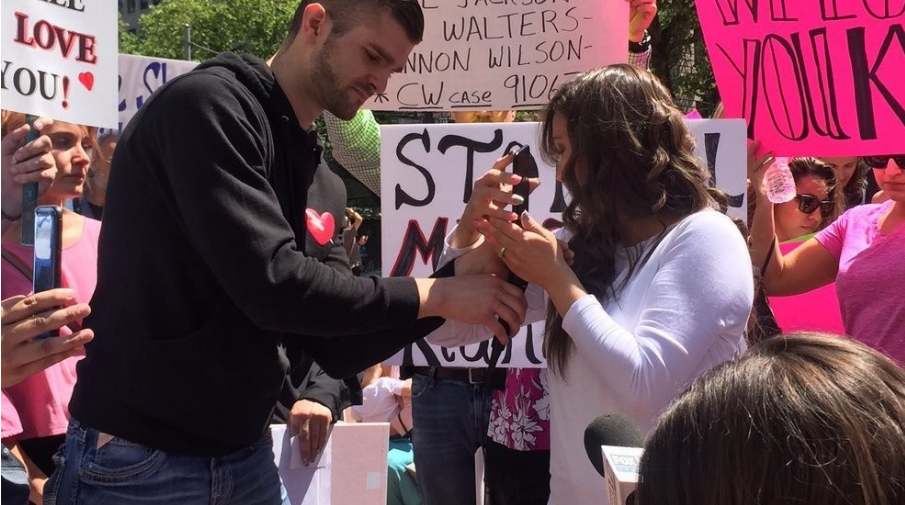 Family says DHS ‘stripped’ mom, daughter of rights in battle against cancer A group of family members and supporters gathered at Pioneer Courthouse Square Saturday calling for a Wilsonville girl and her mother to be reunited after the Department of Human Services (DHS) recently took the girl into protective custody. Kylee Dixon and her mother, Christine, were reported missing earlier this week. Clackamas County Deputies say Christine ignored a court order to bring Kylee to DHS. Deputies told KATU News Kylee missed a surgery scheduled for June 6th. Authorities found the girl and her mother in Las Vegas Thursday. Family say Kylee was brought back to Oregon and is currently in foster care. Supporters and family say DHS has gone too far.

Kylee is my Beautiful and bright 11 year old. She loves to travel and has had many talks with me about visiting the country of Romania and Italy, which is where our family is from… Kylee aspires to become a baker of fine cakes and pastries. Although, with her witty character, she could make you laugh in your lowest moment. She had me laughing in the darkest times in that hospital. She is my youngest of 2 daughters and has recently had one heck of a ride the last 8 months. She was rushed to the ER on Wednesday, February 28th in excruciating pain. After 8 hours of exams and x-rays, we were delivered the news that she had a mass tumor inside her liver that had ruptured. The rupture had caused internal bleeding in her stomach, and the doctors at Providence Medical Hospital could no longer do anything further for Kylee.
The night of February 28th, the doctors reached out to OHSU for an emergency transfer request, to get immediate blood transfusions and surgery done as her loss of blood was so severe that they gave OHSU a very urgent warning on only having an hour window to get Kylee the blood transfusion as we were racing against time..  The doctor at Providence said that if OHSU does not arrive within 20 minutes that they would have to do the blood transfusion there, regardless of not having Kylees blood type that would put her life at risk. Because if she was type A, and we did the universal blood then it would kill her! READ MORE HERE

As any decent mother should, Krissy stood up for her daughter, Kylee, to keep her safe and respect her wishes of treatment. Due to the situation, there is no telling when this journey will end. Krissy and Kylee had to leave their home, their family, and their lives altogether in order to not become the next family that falls victim to the corrupt DHS system/medical kidnapping. Funds are low, time is crucial, and they need help keeping it together until they can safely make it home, or relocate completely. Help support Krissy and Kylee by giving what you can to take some of the financial burden off of these two sweet souls. A mother will do anything to keep her baby safe. Even if that means to run. Life is about being a good human. It’s a time when we all have to help each other out. No one else will. 🙁 Updates to follow soon. God Bless