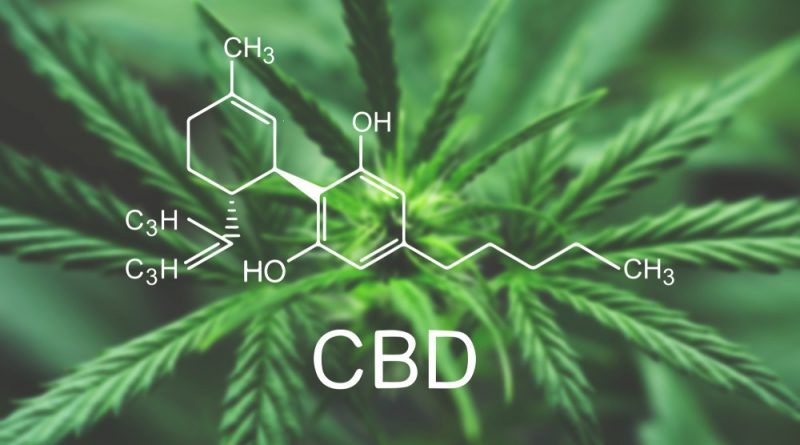 CHIEF MEDICAL OFFICER OF GSK: “Why we need to start a new pro-vaccine movement” We are living through extraordinary  times. Yet, just as it’s difficult to notice whether your hair has grown when you see it every day, it is easy to underestimate the nature and scale of the societal changes we are experiencing globally. Can you remember the exact moment when getting into an unmarked car with a stranger transformed from risky behaviour to lift-sharing and a reliable way to get from A to B? And when did you stop waiting until the morning newspaper or evening news to get an accurate update on what’s happening in the world and start checking online news outlets? Finally, when was the last time you went to a doctor without first checking your symptoms with Dr Google or your friends on Facebook? There are other more concerning changes too. We are experiencing a slow and subtle downward shift in society’s reliance on and trust in governmental and non-governmental institutions, traditional industries, experts and even science itself – a shift being amplified, expedited and complicated by modern technology.

I just watched yesterday’s show and see you answered my question dealing with UTI! Thanks so much!!! It is actually for my daughter, who asked me about taking Macrobid antibiotic. When I sent her articles about the horrible side effects and said that I’d have to feel like I’m dying before taking another antibiotic, she got mad. haha I already had her go get dmannose and she said she almost finished the bottle and she still has pain in her kidneys. I told her to give it more time and reached out to you! I will now ask her to listen to your response. Thanks again so much. All of my kids are getting your book for Christmas. 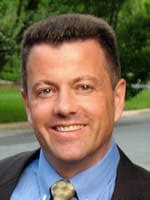 Dr. Michael D. Lewis is an expert on nutritional and holistic interventions for brain health, particularly the use of omega-3 fatty acids and hemp-derived CBD oil for the prevention, management, and rehabilitation of concussions and traumatic brain injury (TBI).  He founded the Brain Health Education and Research Institute (www.brainhealtheducation.org) in late 2011 upon retiring as a Colonel after a distinguished thirty-one-year career in the US Army. His pioneering work in the military and since has helped thousands of people around the world and is regularly featured in the media, including CNN’s Sanjay Gupta, MD, show and numerous radio shows and podcasts.  A graduate of the US Military Academy at West Point and Tulane University School of Medicine, Dr. Lewis is board-certified and a fellow of the American Colleges of Preventive Medicine and Nutrition. He completed postgraduate training at Walter Reed Army Medical Center, Johns Hopkins University, and the Walter Reed Army Institute of Research. He is currently in private practice in Potomac, Maryland (BrainCARE, www.BrainCARE.center); is a consultant to the US Army and Navy as well as several organizations, institutes, and nutrition companies around the world; and is a founding member of the Pop Warner Youth Football Medical Advisory Board. 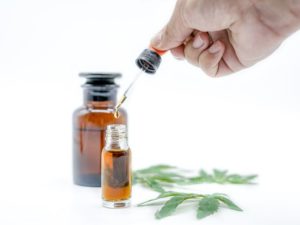 8 Athletes who use CBD Oil and why It’s not just your friends and favorite wellness gurus who use verified premium CBD oil and therapeutic cannabis as part of their daily routine; professional athletes are coming out with stories about how and why they use cannabidiol as part of their wellness practice. From NFL players using CBD in lieu of addictive opioids to treat brain injury, to famous trainers who rely on it for anti-inflammatory properties, to retired stars investing in CBD wellness brands, athletes are playing a significant role in the green boom. Do you recognize any of these names?

1. Caleb Marshall, Dancer, coach, and online fitness trainer. Caleb Marshall of The Fitness Marshall uses CBD to alleviate anxiety and soothe soreness from constant, intensive dance cardio while on tour. He was quoted in SVN Space Magazine saying that it helped anxiety that was “completely out of control” and kept him from his day to day functioning. Now, Caleb takes 15 milligrams in the morning and 30 milligrams of CBD at night to manage anxiety and inflammation, in addition to topical muscular salves and creams for a chronically sore body. “My anxiety is at a completely different place than it was when I started taking CBD daily, so I have no plans of stopping.” 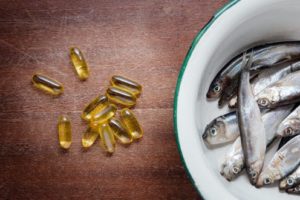 Omega-3 Fish Oil As Effective As Drugs For Some Children With ADHD  Attention deficit hyperactivity disorder (ADHD) is quite common. It affects about one in 20 children and is three or four times more common in boys than in girls. Children with ADHD, which is characterised by inattention, hyperactivity and impulsivity, are more likely to drop out of school. Fortunately, drugs to treat the condition work well for 60-80% of children who take them. But that leaves 20-40% of children who have a poor response to the drugs or who suffer from side effects. Some studies have shown that omega-3 fish oil may help with ADHD symptoms. What’s more, they’re safe and well-tolerated. However, the results of these studies have been mixed – some children get better, others get worse. We wanted to know whether these results depended on whether or not the children had enough omega-3 in their body to begin with. Omega-3 fatty acids, such as docosahexaenoic acid (DHA) and eicosapentaenoic acid (EPA), are important for our brain, body, immune system and heart. We can only get them from food, such as oily fish, spinach and nuts. 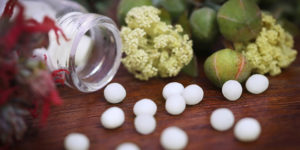 FDA Renews Attack on Homeopathy The agency is doubling down on a bad guidance that endangers access to important medicines. Action Alert! Recently, the FDA announced the withdrawal of Compliance Policy Guide 400.400, a document that had been in place since 1988 and which established the agency’s enforcement policies regarding homeopathic medicines. In its place, the FDA has issued a revised draft guidance declaring all homeopathic drugs are being marketed illegally. We must fight back against this attack on homeopathic medicine. As we’ve reported previously, the FDA’s guidance says: 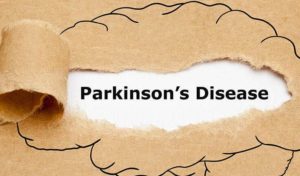 Increased use of antibiotics may predispose to Parkinson’s disease Higher exposure to commonly used oral antibiotics is linked to an increased risk of Parkinson’s disease according to a recently published study by researchers form the Helsinki University Hospital, Finland. The strongest associations were found for broad spectrum antibiotics and those that act against against anaerobic bacteria and fungi. The timing of antibiotic exposure also seemed to matter. The study suggests that excessive use of certain antibiotics can predispose to Parkinson’s disease with a delay of up to 10 to 15 years. This connection may be explained by their disruptive effects on the gut microbial ecosystem. “The link between antibiotic exposure and Parkinson’s disease fits the current view that in a significant proportion of patients the pathology of Parkinson’s may originate in the gut, possibly related to microbial changes, years before the onset of typical Parkinson motor symptoms such as slowness, muscle stiffness and shaking of the extremities. It was known that the bacterial composition of the intestine in Parkinson’s patients is abnormal, but the cause is unclear. Our results suggest that some commonly used antibiotics, which are known to strongly influence the gut microbiota, could be a predisposing factor,” says research team leader, neurologist Filip Scheperjans MD, Ph.D. from the Department of Neurology of Helsinki University Hospital. 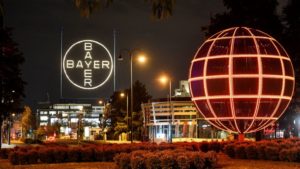 Monsanto pleads guilty to illegal pesticide use in Hawaii Agrochemicals company Monsanto on Thursday pleaded guilty to spraying a banned pesticide on research crops on the Hawaii island of Maui in 2014, prosecutors said. Monsanto, now owned by the pharmaceutical company Bayer of Germany, has also agreed to pay $10 million for charges it unlawfully stored the pesticide, which was classified an acute hazardous waste. The money includes a $6 million criminal fine and $4 million in community service payments. Prosecutors have agreed not to prosecute Monsanto if it abides by the agreement, which requires the company comply with U.S. environmental laws. U.S. attorneys in Los Angeles handled the case after their counterparts in Honolulu were recused. Bayer said in a statement that it didn’t live up to its own standards or applicable laws. 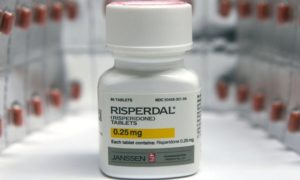 J&J now has to fight thousands more Risperdal claims, thanks to Pennsylvania’s high court Johnson & Johnson has been battling legal issues on several fronts—ranging from opioids to talc to medical devices—and Wednesday, its fight got a little tougher. Pennsylvania’s Supreme Court ruled that lower courts had erred in dismissing two lawsuits from Risperdal patients on statute of limitation grounds. The decision revives those suits and thousands of others that claim the med caused male plaintiffs to develop breasts, a condition called gynecomastia, Law.com reports. Previously, lower courts had set statute of limitation deadlines based on dates in 2009 and 2006, when Risperdal’s label changed to include language about gynecomastia risks. But the state’s Supreme Court found the statute of limitation deadline must be determined by a jury that weighs the facts in each case. The decision comes more than a month after a Philadelphia jury ordered the drugmaker to pay $8 billion in one individual Risperdal lawsuit. J&J said it believes the verdict will be overturned on appeal.

Hi Robert, I recently attended TTAC Live in Anaheim and heard you speak briefly about the Qi Shield.
My home is EMF safe but my office is above a Dr’s office and they have WIFI. I get really tired after about 3 hours and the only thing that seems to help is walking outside on the grass barefoot. I am looking for the best product for my office space which is about 15 x 15. Is the Qi Shield the best out there? Are there any supporting research papers? Have you tested this product yourself? Any help would be greatly appreciated as I am very much flying blind. Thank you, Mark