On April 15, 1908 one of the greatest scientists who ever lived passed away at the ripe age of 91. You may be thinking to yourself, “Who cares” or “Why is this important.” It matters because he was the foremost pioneer of science, medicine, nutrition and genetics all at once and his discoveries could have saved humanity a whole lot of misery and suffering. This incredibly brilliant scientist proved through his research dating as far back as 150 years ago what the root cause of disease was, and how it could be reversed or avoided altogether using safe, natural methods. This was long before synthetic drugs, chemotherapy, radiation, surgical removal of body parts and vaccines were the medicine of choice. 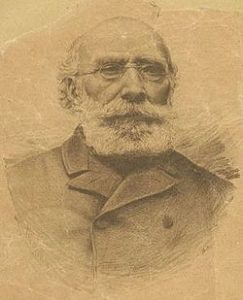 Instead of incorporating Béchamp’s discoveries to bring about a health revolution in the world and save countless lives, greedy, power hungry industrialists decided to ostracize his work and put their dollars behind Louis Pasteur’s “Germ Theory of Disease” because it was a way for them to build a colossal pharmaceutical/medical empire for profit. No pharmaceutical company in the world today cares one iota about curing disease. They want to control disease and focus on symptom suppression so they can make huge profits by getting you to become a lifelong user until you die from their poison. That’s why they go to war against disease with all their “anti” this and “anti” that medications instead of addressing the inner condition of a patient and re-establishing homeostasis in the body. Every company in the nutritional supplement industry that promotes pH health owes a debt of gratitude to Béchamp as he was the real pioneer of this biology.  (Read the entire article HERE) 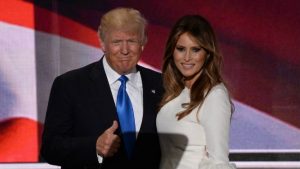 Melania Trump said she ‘chose to go a more natural route,’ relying on ‘vitamins and healthy food’ to treat her COVID-19 First lady Melania Trump said in a White House letter on Wednesday that she recovered from the coronavirus through “a more natural route” of “vitamins and healthy food.” While her husband, President Donald Trump, took a catalog of pharmaceuticals — including remdesivir, the steroid dexamethasone, and an experimental antibody cocktail from Regeneron — the first lady credited her diet and vitamins with helping her to recover. The first lady also said she kept her morale up by focusing on her family, friendships, and work, and she stressed that mental health is a crucial part of well-being. She didn’t specify which vitamins or foods she relied on but said her symptoms were mild, including aches, a cough, and fatigue. “I encourage everyone to continue to live the healthiest life they can. A balanced diet, fresh air, and vitamins really are vital to keep our bodies healthy,” she wrote. There is no evidence that food or vitamins can treat COVID-19 in most cases. However, some supplements, such as vitamin D, have shown promise in several studies. 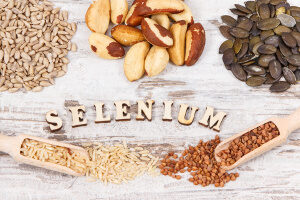 Widespread selenium deficiency increases the risk of dying of COVID-19 The trace element selenium has a vital yet overlooked role in ensuring a well-functioning immune system, and the widespread problems with selenium deficiency increase the risk of dying of COVID-19, according to a large German study that is published in the science journal Nutrients. The scientists therefore conclude that determining the patients’ blood selenium levels may provide vital diagnostic information. Also, the researchers conclude that it may be necessary to include selenium supplements in the treatment of COVID-19, especially with older people, diabetics, and those with chronic diseases that are at particular risk of life-threatening complications. The agricultural soil in Europe and other parts of the world contains relatively little selenium, which is why it is imperative to focus more on getting adequate amounts of this essential nutrient for the sake of preventing COVID-19 and other viral infections. It appears that the official recommendations – the so-called reference intake levels or RI – are not sufficient to meet the body’s actual requirements. 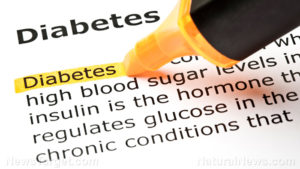 What Is the Best First-Line Therapy for Type 2 Diabetes? It was no surprise that updated guidelines recently published by the European Society of Cardiology for managing cardiovascular disease in patients with diabetes highlighted optimized treatment from a cardiovascular disease perspective, while a nearly concurrent update from two major diabetes societies saw the same issue from a more glycemic point of view. This difference led to divergent approaches to managing hyperglycemia in patients with type 2 diabetes (T2D). The two diabetes societies that wrote one set of recommendations, the American Diabetes Association and the European Association for the Study of Diabetes, put metformin at the pinnacle of their drug hierarchy. Patients with T2D and established atherosclerotic cardiovascular disease (CVD), chronic kidney disease, or heart failure should all receive metformin first unless contraindicated or not tolerated, their updated consensus report said. Once metformin is on board, a clinician can then add a second diabetes agent from among the two drug classes recently proven to also reduce cardiovascular and renal events, either the SGLT2 (sodium-glucose transporter 2) inhibitors, or GLP-1 (glucagonlike peptide-1) receptor agonists, they advised. 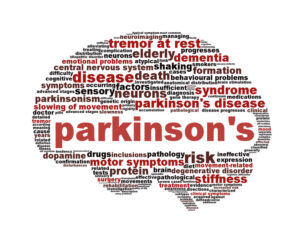 New study highlights links between inflammation and Parkinson’s disease Around 15% of Parkinson’s disease cases are related to a known genetic background, out of which mutations in the Parkin and PINK1 genes are among the most frequent ones. Thus, revealing cellular mechanisms which are altered by these mutations is crucial for the development of new therapeutic approaches. In this study, the researchers analysed the blood serum of 245 participants from two independent cohorts and showed that patients carrying mutations in the Parkin or PINK1 genes have an increased level of circulating mitochondrial DNA and interleukin 6 (IL6). These results indicate that deficiency in Parkin or PINK1 proteins — caused by a mutation on the corresponding gene — leads to impaired mitophagy. This dysfunction at the mitochondria level causes the release of mitochondrial DNA, thereby triggering inflammation and the elevation of interleukin 6 levels in the blood. When reaching the brain, IL6 is then thought to play a role in neurodegeneration. “Our study suggests that treatment with anti-inflammatory drugs holds the potential to alleviate the course of Parkinson’s disease — at least for patients with mutations in the Parkin or PINK1 gene,” explains Prof. Anne Grünewald, head of the Molecular and Functional Neurobiology group at the LCSB and one of the two senior authors of the study.

Dr. Cordie Williams is a US Marine, a professional speaker, and a leader in the chiropractic profession.

In the spring of 2020, Dr. Cordie felt his Constitutional Rights, and the rights of so many other Americans, were being violated by the state of California. So, he did what any veteran, father, and business owner would do – he took action. Dr. Cordie picked up a megaphone and began speaking up at protests all across California.

His common-sense message was well received at the protests. In fact, his speech from May 1, 2020 at the state capitol in Sacramento, CA has received more than 8 million hits on Facebook and counting, and has generated over 15 million views across all platforms.

Emboldened by government overreach from the state of California, Dr. Cordie was inspired to found 1776 Forever Free to help protect the freedom of all Americans. 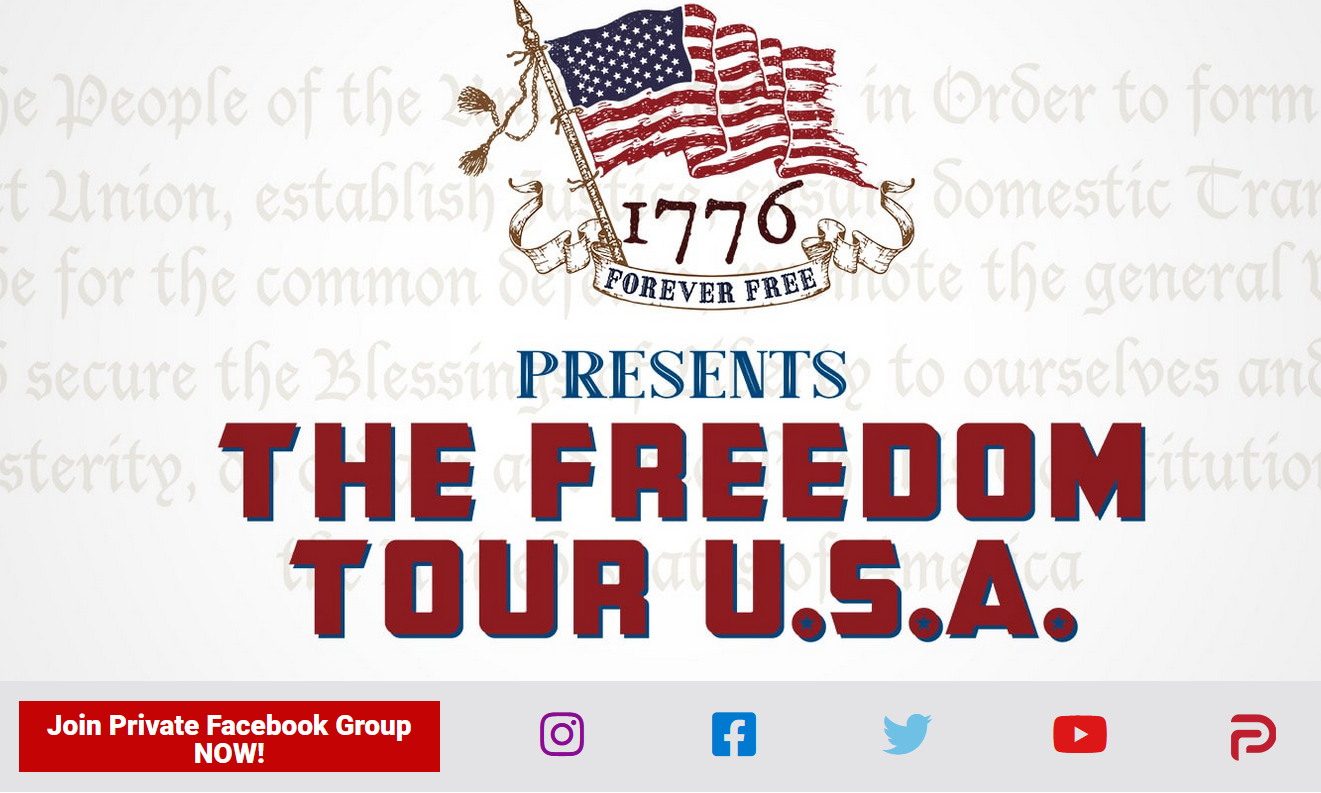