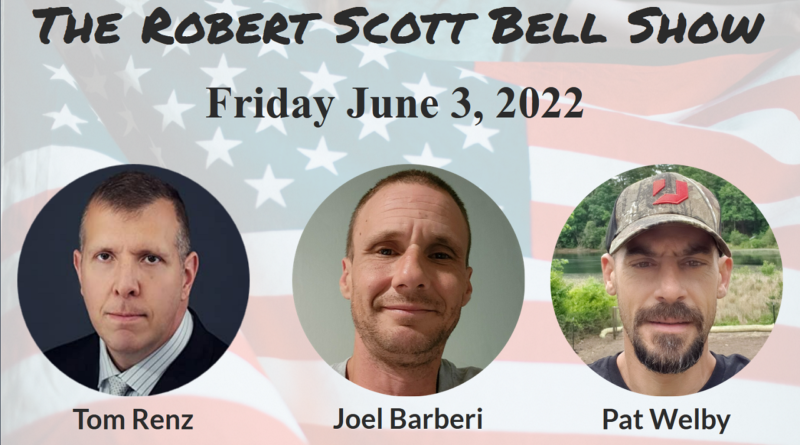 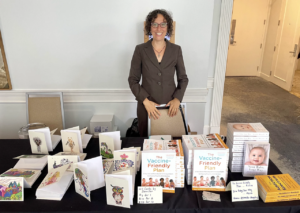 Haters Tried to Stop This Health Freedom Conference A few days before the Next Steps Conference, which is happening in real time as I type this, a hate group tried to shut it down. The Online Anarchist Federation hosted a detailed hit piece about the conference, full of lies and misinformation. That’s how upside down we are these days: Haters bullying people and spreading hate in the name of … wait for it … stopping bullying and hate. I’m not going to link to the article. It’s drivel that doesn’t deserve your eyeballs. But one quick example: the haters have categorized this event as “anti-Semitic.” I am one of the headlined speakers, as is Robert Scott Bell. We are both Jewish. So if this isn’t a hate meeting full of anti-Semitic white supremacists, what is it? Next Steps is a freedom-minded anti-censorship conference to inspire and inform people about how to move forward out of fear and into good health. The intentions of this gathering include sharing information, discussing the ever-changing state of the science, challenging the government narrative that one-size-fits-all in medicine and good health can only come from a pill bottle or inside a syringe, and promoting freedom of speech, informed consent, and the right to choose what you put in your body when. 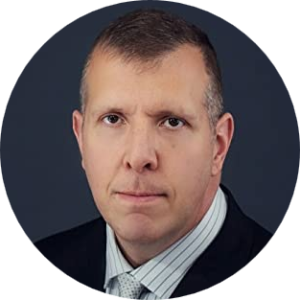 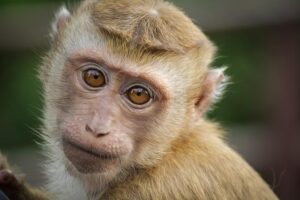 The WHO, Monkeypox, and the Continued War on Freedom This week Biden and his crew are pushing a number of horrific amendments to the international health regulations (IHRs) of the WHO. These amendments are a legitimate step towards limiting national sovereignty and pushing global governance. At the same time we have a major push to scare the hell out of everyone over monkeypox and, what could be, laying the groundwork for a new series of lockdowns. There is a lot happening with this so let’s dissect the situation. With regards to the WHO and the proposed amendments, it is important to understand how this works from a legal perspective. No one, including President PoopyPants, has authority to ignore, alter, or change the Constitution without going through the process of amending it. That means that regardless of what O’Biden pushes, we are still sovereign and the Constitution still governs at all times – even in an emergency. The problem is that treaties have roughly the same legal authority as federal law (there is a lot more to this but that is for another article) and federal law holds supremacy over state law. We are part of the UN and WHO and authority for international relations lies with the executive branch of the government. As such, by pushing these WHO amendments, Biden will likely use them as a basis to claim an emergency and use his authority over international relations as a basis to exert additional authority over both state and federal actions. I believe this would be struck down in court but, as we have seen for the last two years, that can take a lot of time and a lot of damage can be done during that time. 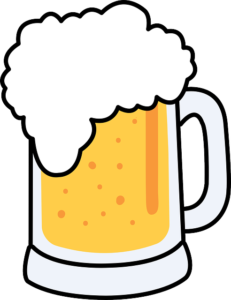 Solving the World’s Problems Over a Beer (PBR?) So how is it going for you? I’m a bit annoyed. Over the last several weeks the O’Biden war on America has escalated. Clearly, I am not suggesting the nearly universal attacks on all traditional American values and institutions are intentional (insert eye-roll here), but there are just a few minor issues that seem to make that possible. Things like pushing gender identity garbage on kids so young they shouldn’t even know what sex is, the COVID death jabs, the demonizing of masculinity, school shootings, gas prices and inflation in general, the upcoming food crisis, massive election fraud, censorship, and dozen other issues are clearly all Russia’s fault but they do constitute negatives. So, given these little speedbumps our nation is facing I decided to put on my beer dispensing cap (a red one with a beer can on each side and straws running to my mouth) and figure out some real clever solutions… stuff that O’Biden and the numerous PhD level advisors he has must be overlooking. I want to start out with one of the toughest problems to solve – gas prices. It’s obvious to anyone watching that the high gas prices in America are solely because of the Russian/Ukrainian conflict and that this is completely out of O’Biden’s hands. Clearly, we the people cannot fathom the complexity of this situation (you know – we do not have enough oil but to get more we need to drill), but I think I have a solution. What if, instead of doing everything possible to put regulatory hurdles in front of oil companies we drilled for American oil? I know that probably sounds silly because even though we have the largest oil reserves in the world (look here), they are way under the ground so that makes them hard to get but who knows what would happen if we tried.

Pat and Joel have been friends since childhood and started Waking the Future in 2020 when the covid scam began. We knew there was something bigger beginning to play out and decided a podcast was the way we could help spread the truth. Waking the Future posts new episodes Mon-Fri and Looks for 1 interview a week. 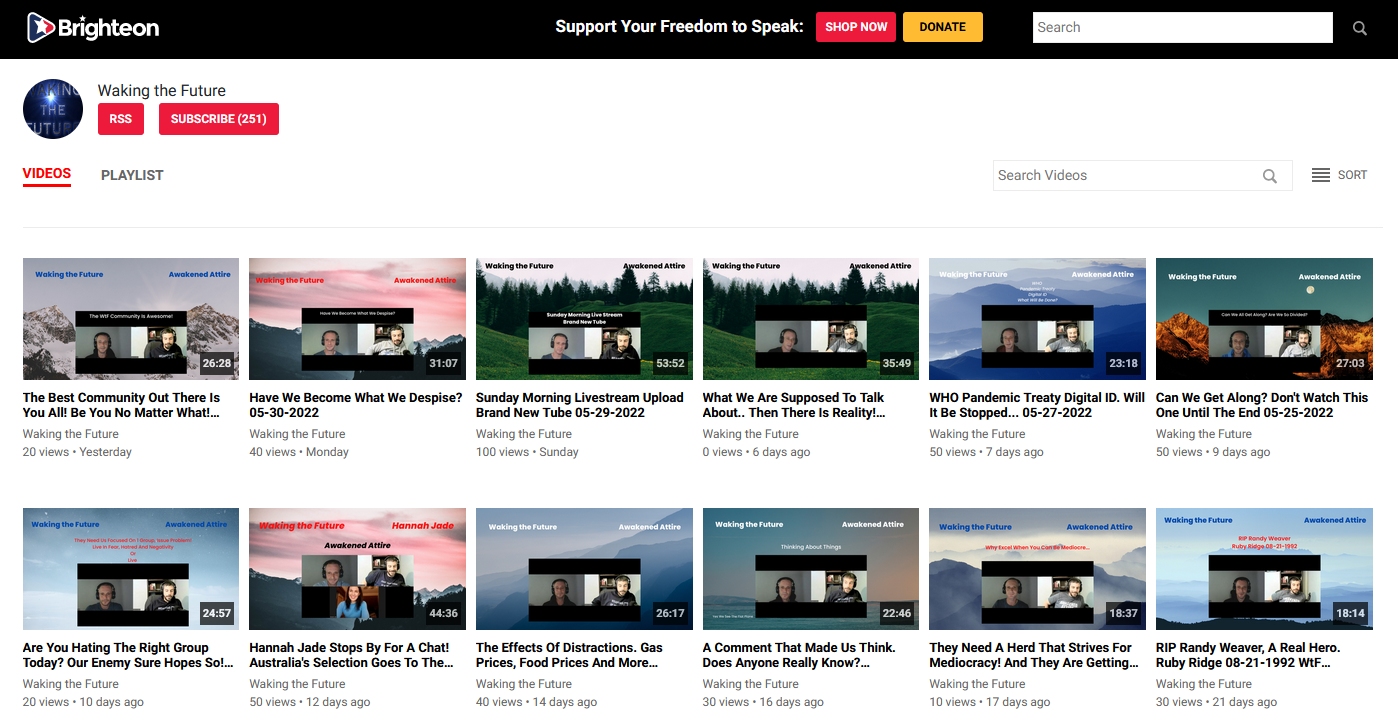 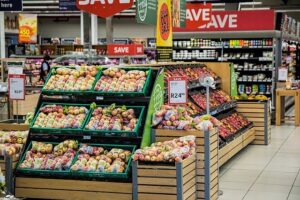 Globalists Are Taking Over the Food System — It’s Part of Their Plan to Control You The globalist takeover agenda is nothing if not comprehensive. They’re coming at us from every possible angle, and whether we’re talking about biosecurity, finance, housing, health care, energy, transportation or food, all the changes we’re now seeing have one goal, and that is to force compliance with the globalists’ agenda. In an April 27 blog post, investigative journalist Corey Lynn takes a deep dive into the new food system being put into place, and how it is geared to control you: “‘Who controls the food supply controls the people; who controls the energy can control whole continents; who controls money can control the world.’ This famous quote by Henry Kissinger is ringing more and more true by the week,” Lynn writes. “The globalists already control the majority of the money, are moving ever so swiftly to convert the energy system over into systems they are all invested in, and have been taking drastic measures to control the food industry while running much of it under the radar. If they control the seeds they control the food, and if they control the food they can use the digital ID to control consumer access to the food. “While a rash of fires suddenly destroy food processing, meat, and fertilizer plants, during a time where farmers are hurting and supply chain issues are kicking in, an entire traceable food infrastructure system has already been built in multiple cities and is making its way across the globe …

Hi Robert and Super Don, I found out yesterday I’m going to be a grandma. Could suggest what vitamins and minerals for my daughter to take? Should she drink Cardio Miracle? I’ve heard you say you don’t like a one a day vitamin. Also after learning how messed up the medical care system is who would you recommend for Good health care for my daughter to help her through her pregnancy? Thank you for you help.
Yolanda

Hi RSB,
First God Bless your mom, you can just see the sheer joy and pride on her face having you and the grandkids with her. I would like to know how you would treat spider bites, I have no idea how this happened I never walk barefoot but I have 3 on the bottom of my foot and is painful to walk on.
Thanks Much,
Rita 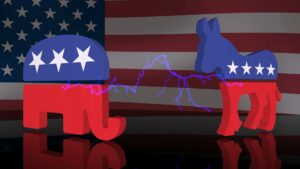 More than HALF of Republicans say U.S. ‘seems headed’ towards another civil war in the near future, new poll shows A new poll shows 44 percent of Americans believe the nation is headed toward another civil war – with a majority of Republicans believing it will happen. The data comes in a new poll by the Southern Poverty Law Center, which also found support for the ‘Great Replacement Theory’ referenced by the shooter who opened fire in a Buffalo supermarket last month. A total of 44 percent agree with the statement that the nation ‘seems headed toward a civil war in the near future,’ according to the poll. That includes 53 per cent of Republicans and 39 per cent of Democrats.  The poll by the group and Tulchin Research came in late April, before the horrific mass shooting in Buffalo, where the assailant’s digital postings were filled with conspiratorial and racist ramblings. In another concerning statistic, about one in five said they at least somewhat approved of assassinating a politician whom they believed was ‘harming the country or our democracy.’ A year after a mob of Donald Trump supporters breached police barricades at the Capitol, Republicans were more likely to agree that ‘some violence may be necessary to get the country back on track.’ The figure included 44 per cent of young Democratic men and 40 per cent of young Republican women, the Washington Times reported.