The Winds Of Change? 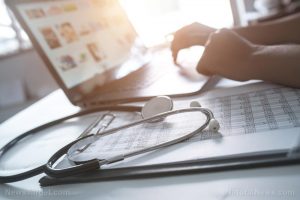 Doctors are FLEEING medical practice and changing careers in record numbers as “health care” system implodes Most medical students tend to gravitate toward the highest paying specialties, giving insight to their true intentions and the current culture of the medical system. Because of this, New York University is offering free tuition to all medical students who choose lower-paying specialties. In hopes of bringing virtues back to the medical field, NY University is lowering tuition costs so that aspiring medical students are more willing to go into the field to help people, instead of helping themselves with higher salaries and greater prestige. One must go through expensive and intensive training to become a doctor. Aspiring medical professionals want their hard work to pay off both financially and altruistically. Being a doctor is associated with great prestige and nobility, so why are doctors fleeing the medical field and changing careers? 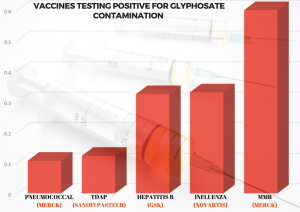 PUBLIC DEMANDING TRANSPARENCY & ACTION ON GLYPHOSATE-CONTAMINATED FOOD AND VACCINES The high-stakes game continues for Bayer AG and its deeply troubled investment Monsanto as they struggle to regain public trust and marketshare. For those who entered this ongoing saga at any point in the timeline recently, a quickening of events can be witnessed. Almost a month out from the $289M San Francisco Roundup-cancer verdict and further lawsuits are continuing to pile on. As thousands line-up throughout the US seeking compensation and justice for their cancer allegedly being triggered by Roundup, a new legal angle has emerged and activated. It was last week the nonprofit Environmental Working Group (EWG) released their study promptly picked up by major media outlets globally. The group, having a long history of spotlighting the dangers of glyphosate, discovered amounts of the widely used herbicide in thirty-one out of 45 tested products. The glyphosate levels, found in popular oats, granolas and snack bars, have levels higher than what some scientists consider safe for children. Shortly after EWG’s study findings were released, Reuters reported, “General Mills Inc has been hit with a proposed class action lawsuit claiming the company failed to warn consumers about traces of the weedkiller glyphosate in its Cheerios cereals.”​

BAYER, MONSANTO ON THE RUN FROM COMING TIDAL WAVE OF EVIDENCE & LEGAL ACTION It’s a post-verdict world now for Bayer AG and its subunit Monsanto and things look very different. The ripple effect of plaintiff Dewayne Johnson’s recent $289.9M glyphosate-cancer ruling continues to ripple out into aspects of media, finance and additional agrochemical products all simultaneously casting a shadow upon the future of Bayer corporate chemical paradigm. Bloomberg recently reported Bayer “…lost about 16 billion euros ($18 billion) in market value this week, since the jury’s award in the Roundup case.” Financial media is keeping a continued magnifying glass on the company’s share price woes as bad news piles on from multiple angles. Since the San Francisco ‘verdict heard around the world,’ news outlets have green-lighted continued coverage competing for scoops to capitalize on the Bayer-Monsanto feeding frenzy. A new mainstream media stone was turned over recently as global outlets freely ran the story, without added pro-agrochemical spin, about a recent study by the nonprofit Environmental Working Group (EWG). The group, having a long history of spotlighting the dangers of glyphosate, discovered amounts of the widely used herbicide in thirty-one out of 45 tested products. The glyphosate levels, found in popular oats, granolas and snack bars, have levels higher than what some scientists consider safe for children. The media is now faced with a crisis in journalism. Numerous smaller alternative and grassroots outlets have published scientifically sound results for years showing glyphosate contamination in other types of foods and even numerous vaccines given to infants. Will the media go the final step and open the discussion to exactly how widespread and dangerous the burden of this chemical has become?

Survival of The Fittest? Maybe Not… 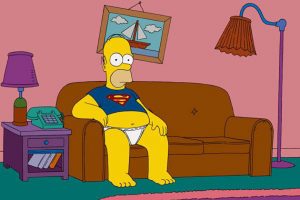 New research suggests evolution might favor ‘survival of the laziest’ If you’ve got an unemployed, 30-year-old adult child still living in the basement, fear not. A new large-data study of fossil and extant bivalves and gastropods in the Atlantic Ocean suggests laziness might be a fruitful strategy for survival of individuals, species and even communities of species. The results have just been published in the Proceedings of the Royal Society B by a research team based at the University of Kansas. Looking at a period of roughly 5 million years from the mid-Pliocene to the present, the researchers analyzed 299 species’ metabolic rates—or, the amount of energy the organisms need to live their daily lives—and found higher metabolic rates were a reliable predictor of extinction likelihood. “We wondered, ‘Could you look at the probability of extinction of a species based on energy uptake by an organism?'” said Luke Strotz, postdoctoral researcher at KU’s Biodiversity Institute and Natural History Museum and lead author of the paper. “We found a difference for mollusk species that have gone extinct over the past 5 million years and ones that are still around today. Those that have gone extinct tend to have higher metabolic rates than those that are still living. Those that have lower energy maintenance requirements seem more likely to survive than those organisms with higher metabolic rates.” 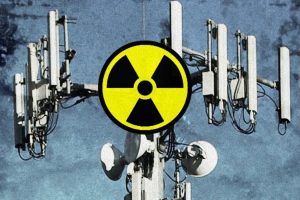 Cancer Link Confirmed In Largest Ever Cell Tower Radiation Study As the rollout of the nationwide 5G cell network moves forward, many concerned scientists and public health experts are raising the alarm about the potential harms of bathing the environment in high frequency electromagnetic energy. This new technology would add another layer of electromagnetic radiation to an already dangerously inundated environment. Cell phone manufacturers downplay the potential risks as well as studies that link them to the formation of brain cancer, and in 2017, the California Department of Public Health (CDPH) issued new guidelines aiming to help people reduce their exposure to the risks involved in using cell phones. 5G is already known to cause unused health disturbances; and while many are working to derail this massive project, new research gives us extraordinary insight into the effects that cell tower radiation is already having on our health. This technology is far from benign, and while scientists from both sides debate the potential for harm, more evidence continues to mount, suggesting we would be wise to reconsider our dependence on cell technology and upcoming 5G. 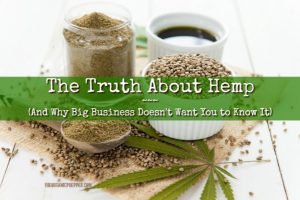 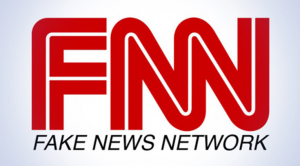 Authoritarian Left now CELEBRATES the extermination of the free speech they once claimed to defend CNN media correspondent Brian Stelter is having an identity crisis. While on the one hand he claims to be a vehement supporter of free speech, Stelter is now gushing with glee over the censorship and removal of Alex Jones and his InfoWarschannel from the social media-sphere. Controversy recently arose around this issue when Stelter was caught stalking Alex Jones on Periscope. A screenshot of Stelter commenting on a live InfoWars video stream from his official account revealed that his support for free speech stops precisely where those who disagree with him decide to exercise it. Stelter wrote: “It’s surprising how small the audience is here. Only 3,000 people watching. As Trump might say: Sad!” Stelter’s apparent aim with this insult was to mock Alex Jones and InfoWars for not having very many watchers or followers – an ironic implication coming from someone who works for CNN, which recent Nielsen Media Research data shows is now less popular during primetime than the History Channel’s Ancient Aliens program. 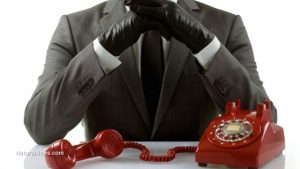 TSA head says covert spying on Americans “makes awful lot of sense” … urges expansion of secret policeprogram For many freedom-loving Americans, government surveillance in any capacity is a rough sell. Quiet Skies, a government program designed to track travelers that may be a threat, has been heavily criticized for tracking innocent American citizens who were not suspected of any crimes. Even so, TSA Administrator David Pekoske stands firm on the program, stating that it “makes an awful lot of sense.” Pekoske went on to tell CBS News, “Our job overall as an agency, and the air marshals in particular, in flight, are working to make sure that we mitigate any risks that could occur in aircraft at 10,000, 20,000, 30,000 feet.” “If an agency responsible for security has some information that might indicate that there may be — emphasis on may be — more risk with a particular passenger, providing some mitigation or some risk management on the flight is a very important and very reassuring thing to me,” he continued.