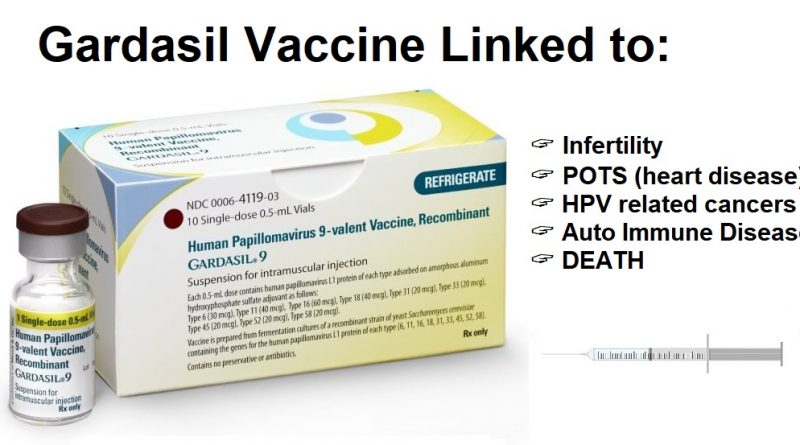 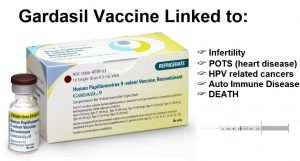 “It was exactly the opposite of what we expected,” said Dr. Jennifer Young Pierce, who heads Cancer Control and Prevention at USA Health Mitchell Cancer Institute.

The research was one of 12 studies accepted for oral or poster presentations at the national meeting. The study sought to explore the reasons why vaccination rates for human papillomavirus (HPV) vary so widely among counties in Alabama, from 33 percent to 66 percent. Researchers expected to find lower vaccination rates in rural counties with fewer physicians and in counties with low incomes, which would have been consistent with national reports from the U.S. Centers for Disease Control and Prevention. 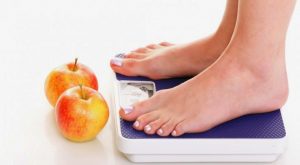 Study: Heavily Processed Foods Cause Overeating And Weight Gain People eating ultra-processed foods ate more calories and gained more weight than when they ate a minimally processed diet, according to results from a National Institutes of Health study. The difference occurred even though meals provided to the volunteers in both the ultra-processed and minimally processed diets had the same number of calories and macronutrients. The results were published in Cell Metabolism. This small-scale study of 20 adult volunteers, conducted by researchers at the NIH’s National Institute of Diabetes and Digestive and Kidney Diseases (NIDDK), is the first randomized controlled trial examining the effects of ultra-processed foods as defined by the NOVA classification system. This system considers foods “ultra-processed” if they have ingredients predominantly found in industrial food manufacturing, such as hydrogenated oils, high-fructose corn syrup, flavoring agents, and emulsifiers. Previous observational studies looking at large groups of people had shown associations between diets high in processed foods and health problems. But, because none of the past studies randomly assigned people to eat specific foods and then measured the results, scientists could not say for sure whether the processed foods were a problem on their own, or whether people eating them had health problems for other reasons, such as a lack of access to fresh foods. 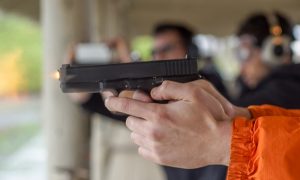 Police Want Access To Medical Marijuana Records To Bust Gun Owners In spite of marijuana legalization in parts of the United States, law enforcement in those areas remain hellbent on finding new and improved ways to bust those who use this substance. And it’s not just about getting stoned drivers off the road either — although that is a big part of it. Cops are wanting access to medical marijuana patient registries so they can just start showing up at the residences of these people and arresting them if they own a gun. To get the ball rolling on these Gestapo tactics, police forces are trying to convince the higher-ups that public safety is in jeopardy as long as they are in the dark about which citizens are out there using medical marijuana. Although cannabis has been legal in Pennsylvania for therapeutic use for the past three years, cops are still throwing a temper tantrum over their inability to access the state’s medical marijuana registry. Some of them, like drug recognition lackey Craig Amos, believe the state’s secrecy on the issue has created a “huge disconnect.” Because now, there is a possibility that society is full of marijuana users that also own firearms. And that is a volatile predicament that they wish to remedy by any means necessary. 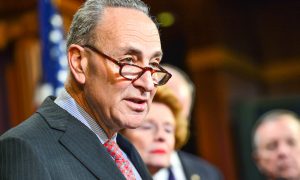 Sen. Schumer Reintroduces Marijuana Freedom & Opportunity Act in Congress Hopes for finally removing the federal pressure on cannabis — nearly 80 years after Congress first prohibited the plant — just received a big boost from a recent legislative announcement. Sen. Chuck Schumer, the chamber’s Minority Leader, told constituents last week that he will re-introduce the Marijuana Freedom and Opportunity Act in Congress. The New York senator’s declaration came at a May 9 press conference at the Brooklyn Information & Culture (BRIC) arts and performance space. “It’s time to decriminalize marijuana, and this bill is a critical first step,” said Schumer, according to an account on Brooklyn-based Kings County Politics. “The Marijuana Freedom and Opportunity Act would give states the right to make their own choices when it comes to regulation; better equip all Americans, particularly communities disproportionately impacted by marijuana’s criminalization, to participate in the growing marijuana economy; and, by incentivizing sealing and expungement programs, provide Americans with low-level marijuana convictions the opportunity to move forward.” 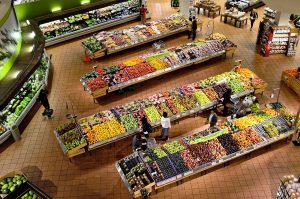 U.S. Organic Food Sales Exceed $50 Billion In 2018 Clean, transparent, fresh, sustainable. Environmentally friendly, animal humane, high quality, social activism. Those traits are all identified with organic, and in 2018 they all helped push organic sales to unprecedented levels. The U.S. organic market in 2018 broke through the $50 billion mark for the first time, with sales hitting a record $52.5 billion, up 6.3 percent from the previous year, according to the 2019 Organic Industry Survey released Friday by the Organic Trade Association. New records were made in both the organic food market and the organic non-food market. Organic food sales reached $47.9 billion, for an increase of 5.9 percent. Sales of organic non-food products jumped by 10.6 percent to $4.6 billion. The growth rate for organic continued to easily outpace the general market: in 2018, total food sales in the U.S. edged up just 2.3 percent while total non-food sales rose 3.7 percent. Millennials are pushing for transparency and integrity in the food supply chain, and they are savvy to misleading marketing. The USDA Organic seal is gaining new appeal as consumers realize that organic is a certification that is not only monitored and supported by official standards, but is the only seal that encompasses the spectrum of Non-GMO, no toxic pesticides or chemicals, dyes or preservatives. 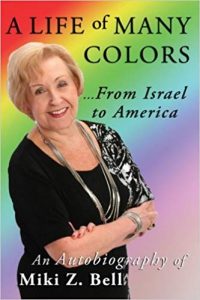 A well told story of one life, multi-faceted and multi-colored. What emerges is sheer enthusiasm, a love of live, and a willingness to follow new paths, but always with a positive attitude.  For Miki Bell, a series of events caused her to drop out of school at the young age of 12. Working her way through life as a seamstress, hairdresser, police officer and immigration officer, all from the ages of 12 – 26, she has managed to capture the hearts of everyone around her.

While some people and circumstances threw obstacles in her way, Miki stopped at nothing to pursue her dreams. Through hard work, perseverance and determination, in her later years Miki founded numerous businesses, worked with Fortune 500 companies, met with world leaders, and helped people in need. In her autobiography A Life of Many Colors: From Israel to America, Miki Bell intimately shares her success story from rags to riches with the world to show that anything is possible to overcome, even under the most strenuous and challenging times. 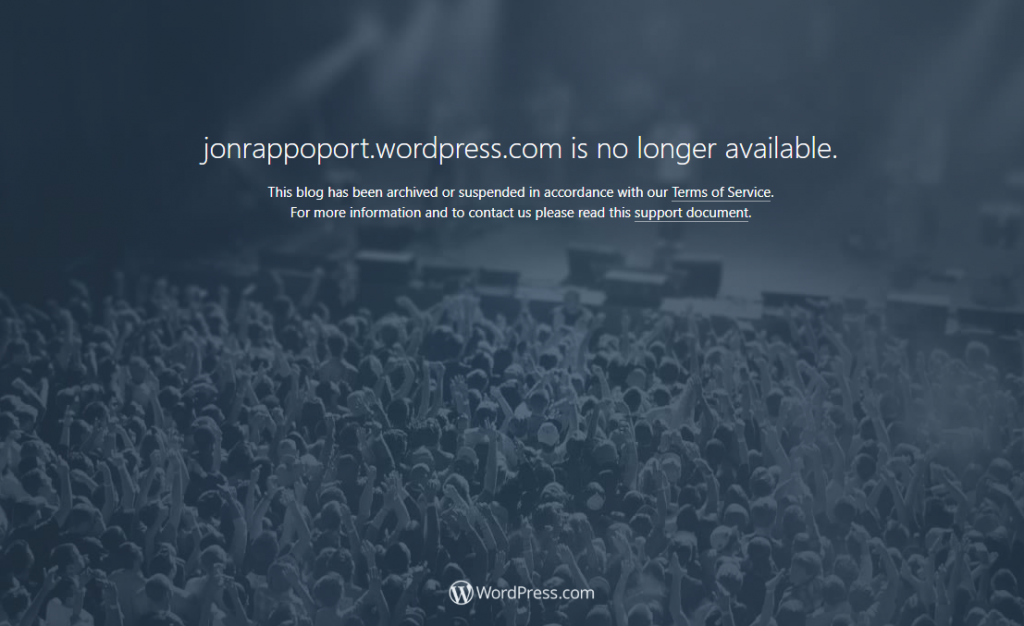 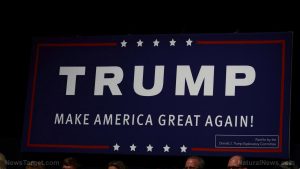 It begins: Trump admin launches website where banned, deplatformed social media users can report censorship abuses by the tech giants For more than a year, the social media behemoths have been testing POTUS Donald Trump’s patience with their shadow banning, censorship, and outright deplatforming of one conservative figure and voice after another. In August, for instance, the president publicly blasted what he deemed “illegal” censorship by the social media behemoths. “Google search results for ‘Trump News’ shows only the viewing/reporting of Fake New Media,” he wrote on Twitter. “In other words, they have it RIGGED, for me & others, so that almost all stories & news is BAD. Fake CNN is prominent. Republican/Conservative & Fair Media is shut out.” Then in March, the president warned Facebook founder Mark Zuckerberg after the social media behemoth blocked Trump’s social media manager, Dan Scavino. “I will be looking into this! #StopTheBias” the president wrote.