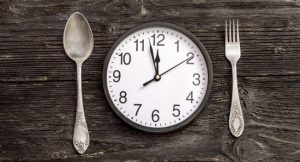 Is fasting the fountain of youth? For the past year and a half, Keith Taylor and his wife have adopted a lifestyle that includes fasting on a regular basis. “For six days per week we don’t eat until around 5 pm, but eat as much as we want and whatever we want from 5 pm until we go to bed. It is not a diet in the classic sense — we do not restrict WHAT we eat or HOW MUCH we eat, but rather just WHEN we eat,” Taylor said in an email. Since the Taylors have been intermittently fasting, often called just IF, they’ve maintained a healthy body weight, been more alert and energetic, experienced less stress, and are less prone to getting sick. While Taylor admits that whether or not he will live longer as a result of his eating pattern is a “good question,” but he feels optimistic. “I already feel as though I am younger,” said Taylor. “And if I am showing objective signs of being younger — more vigor and positivity — then I think it is logical to assume that I have already lengthened my lifespan by moving to IF.” Research involving animals has revealed that intermittent fasting can reduce the risk of obesity and its related diseases, including non-alcoholic fatty liver disease, diabetes and cancer. According to Mark Mattson, chief of the Laboratory of Neurosciences at the National Institute on Aging, research from the 1980s revealed that the lifespan of rats increases substantially when they fast every other day, compared to rats who have food available at all times. 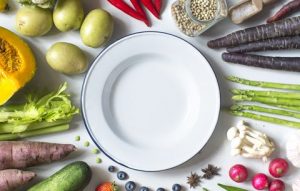 I tried intermittent fasting for a month — and I saw 7 life-changing results With all the conflicting dietary advice out there, it’s hard to know what to write off as a cheap gimmick and what might actually be worth a shot. When I discovered intermittent fasting — the practice of eating only within a specific window every day and drinking only calorie-free liquids the rest of the time — I was intrigued and decided to give it a try. I worked up to a 20:4 schedule, meaning I spend 20 hours a day in a fasting state and make sure I do all of my eating in the remaining four-hour window. While it’s not for everyone, it’s a practice that I loved so much and saw so many results from that I still do it today.

Learn more about Fasting at the upcoming free educational event! 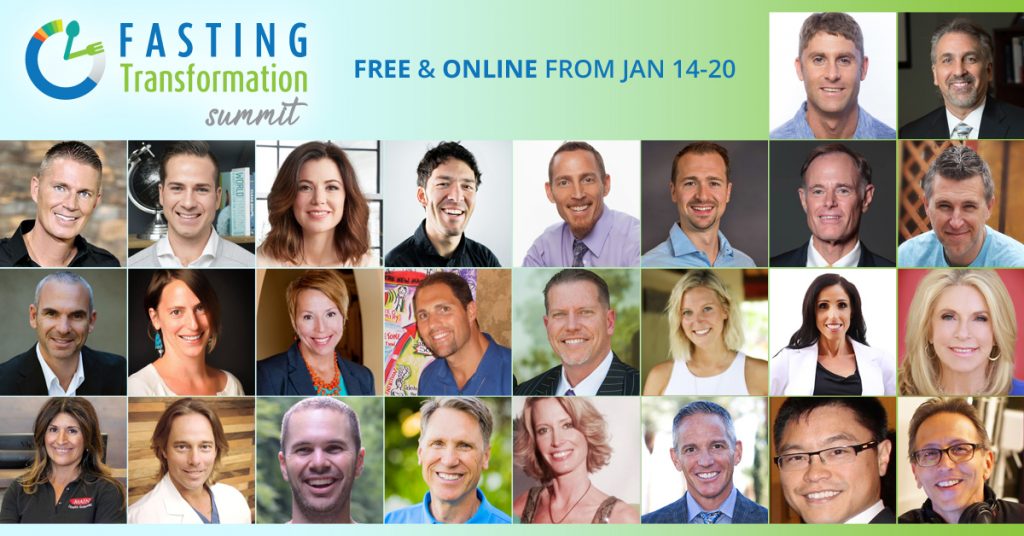 I have Graves Disease which effects my eyes, swelling, light sensitivity, muscles of eyes. Since taking Selenium MY EYES ARE NOTICEABLY BETTER in regards to muscle eye coordination and swelling. I take 100 mcg twice a day. I also take 500mg of Bilberry for the light sensitivity. Wow! Great improvement. (Not cured, just a tremendous improvement). I hope someone will be able to use this information to help find a cure. My Graves eye disease has been almost unbearable. It would be awesome for a cure.

Hello RSB and Super Don! This is so not a health issue but i’ll go ahead anyway. The next time Jonathan Emord is on would it be possible to ask him if he has ever been involved in any cases involving native American injustices? I’ve always wanted to support native American tribal rights but so unwilling to trust that they are legitimate organizations. I’ve been burned by the many Clinton esque shill companies that draw you in only to hear that the organization you believed was helping a cause either didn’t help or does very little to help the cause. I understand if you don’t want to veer too far off the health issues so no offense if this isn’t mentioned. Still love you guys and will always listen. Lori c 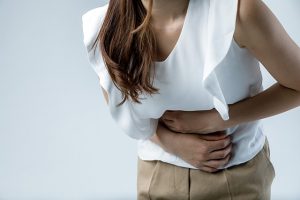 The common causes of candida overgrowth Did you know that the human body is home to a unique one-celled microorganism called Candida albicans? C. albicans is a yeast, and it’s normal for a person to have small colonies of these microorganisms in their body. However, when candida populations swell into an overgrowth, you can develop severe health problems. Common signs of candida overgrowth or candidiasis can include the following: 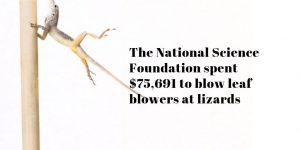 Dr. Rand Paul Releases 2018 ‘Festivus’ Edition of ‘The Waste Report’ Today, U.S. Senator Rand Paul (R-KY), chairman of the Federal Spending Oversight and Emergency Management (FSO) Subcommittee for the Homeland Security and Governmental Affairs Committee (HSGAC), released his 2018 Festivus edition of The Waste Report, an ongoing project cataloguing egregious examples of waste within the U.S. government. Dr. Paul’s Festivus Waste Report, now in its fourth year, shines a spotlight on some of the wasteful spending and misplaced priorities that have helped the federal government place taxpayers on the hook for a debt that is rapidly closing in on $22 trillion. Highlights include: providing over $76 million in stipends to soldiers in the Somali National Army, devoting over $650,000 to develop a drama series to air in Afghanistan, spending up to $1 million on helping support and develop the legislative process in Libya, and setting aside $18 million to support tourism in Egypt. 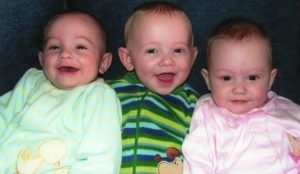 TRIPLETS all become autistic within hours of vaccination… see shocking video that has the vaccine industry doubling down on lies and disinfo A VAXXED video that has been banned almost everywhere is going viral on Brighteon.com, the Youtube alternative video community for free speech on vaccines, GMOs, natural medicine and more. As the video shows below, healthy triplets all became autistic within hours of vaccination, once again demonstrating that vaccines cause autism. The parents, the McDowell family in Detroit, Michigan, have spoken out publicly against the horrific medical violence being committed against children every day across America through toxic vaccines. (See AutismTruthNews.com for more reporting on vaccines and autism.) The names of their three children, pictured above, are Richie, Robbie and Claire. All three children were vaccinated on the same day, and within hours, they all become severely autistic. 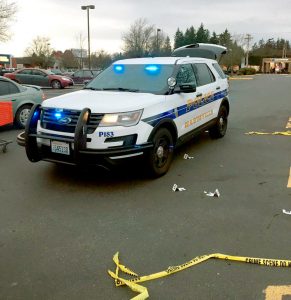 The plan was to steal tools. Then customers drew their guns The plan was simple: Steal tools and pawn them for money. That’s what two men, 22 and 23, reportedly had in mind when they showed up to the Coastal Farm & Ranch store in Marysville on Saturday afternoon, according to a police report. They allegedly took four nail guns, each worth over $400, walked out of the store and got into a Honda Civic. They didn’t expect to be surrounded by about six customers with guns raised. One customer was standing in front of the car, yelling at the alleged thieves to get out. “He won’t shoot, run him over,” one of the suspects reportedly said. The driver pulled forward, causing the man confronting him to land on the hood, court papers say. Another customer shot at the driver’s side front tire, according to documents. A third fired twice at the rear tire. 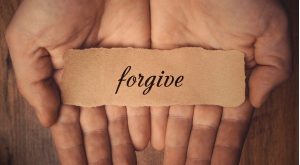 The Healing Power of Forgiveness Georgia Congressman John Lewis is an African-American civil rights activist who suffered through unspeakable oppression in the racially-divided American South of the 1960s. Some 30 years after he suffered a severe beating for standing up in solidarity for racial equality, he wrote a (now famous) op-ed piece for The New York Times following the death of one of his most outspoken political persecutors. In the piece, Lewis surprised the nation when he offered up words not of hatred against the man, but kind-hearted reprieve and forgiveness. In case you’re unfamiliar with this particular tidbit of American history, former Alabama Governor George Wallace was said by many to have been one of the most staunchly segregationist voices of the time. Rather than shame, Wallace’s legacy in one of the world’s most widely-circulated newspapers, Lewis (who grew up watching Wallace promote black-white division on the national stage), openly and publicly forgave his former archrival… much to the surprise of the American people. Lewis highlighted the incredible transformation he observed in Wallace after finally meeting him in person for the first time in 1979. Lewis wrote about how Wallace had changed, and was now seeking forgiveness from all he’d harmed, expressing deep sorrow and remorse over what he had done. 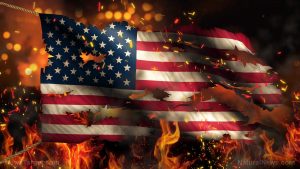 Left’s constant trashing of America creating a generation of citizens who have NO allegiance to their country A recently released survey on Americans’ attitudes toward their country is a clear warning sign that the Left’s ongoing efforts to radically alter one of the fundamental pillars of society — loyalty — are having the desired effect. As noted at Study Finds, researchers from the University of Kent in England and Tufts University in Medford, Massachusetts, found that one-third of natural-born Americans are actively considering leaving the United States to live abroad. Researchers noted that the reason why “may not be” what many people might think as a first instinct — displeasure over the political direction of the country.  And while there certainly are some Americans who want to leave because of political dissatisfaction, the reason cited by a vast majority of study participants — 87.4 percent — is a “simple desire to explore the world,” Study Finds noted.