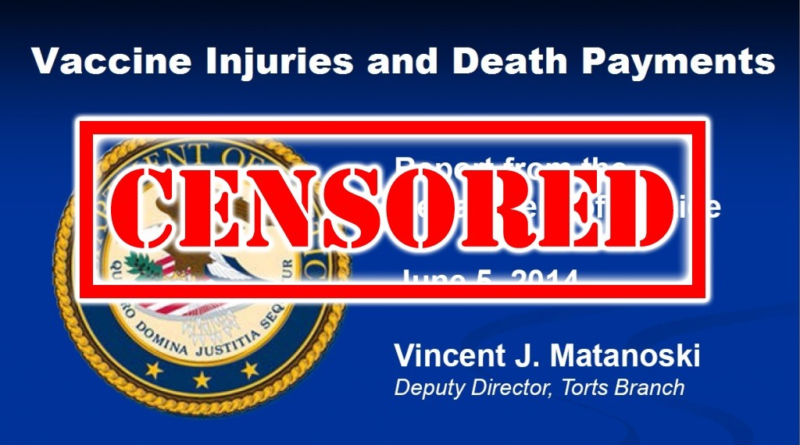 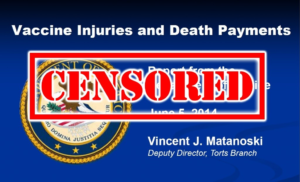 Are Websites Critical of Vaccines About to be Wiped Off the Internet as a New COVID Vaccine Becomes Available? British and American state intelligence agencies are “weaponizing truth” to quash vaccine hesitancy as both nations prepare for mass inoculations, in a recently announced “cyber war” to be commanded by AI-powered arbiters of truth against information sources that challenge official narratives. In just the past week, the national-security states of the United States and United Kingdom have discreetly let it be known that the cyber tools and online tactics previously designed for use in the post-9/11 “war on terror” are now being repurposed for use against information sources promoting “vaccine hesitancy” and information related to Covid-19 that runs counter to their state narratives. A new cyber offensive was launched on Monday by the UK’s signal intelligence agency, Government Communications Headquarters (GCHQ), which seeks to target websites that publish content deemed to be “propaganda” that raises concerns regarding state-sponsored Covid-19 vaccine development and the multi-national pharmaceutical corporations involved. Similar efforts are underway in the United States, with the US military recently funding a CIA-backed firm—stuffed with former counterterrorism officials who were behind the occupation of Iraq and the rise of the so-called Islamic State—to develop an AI algorithm aimed specifically at new websites promoting “suspected” disinformation related to the Covid-19 crisis and the US military–led Covid-19 vaccination effort known as Operation Warp Speed. 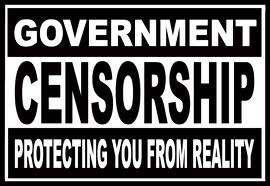 UK Government called to stamp out anti-vaccine messaging The Labour party in the UK has called for immediate laws to stamp out dangerous anti-vaccine content online. Within hours of progress of the Pfizer/BioNTech vaccine announcement, online posts were popping up on social media platforms such as Facebook and Instagram. The misleading information included chats and comments on vaccines causing deliberate harm, the government inserting chips to alter DNA and vaccines as weapons of genocide. Chris Dillow, an economist, shared his views on how Labour’s stand to introduce new emergency laws to stop anti-vaccination fake content online could reinforce anti-vaxxer’s conspiracy theories. Labour is pressing for criminal and financial charges for social media firms who are not removing misleading or fear inducing stories about vaccines, the article noted. The news comes right after progress was announced in the development of the first Covid-19 vaccine. The government is taking the matter extremely seriously, and has restored commitment from firms such as Google, Facebook, and Twitter to tackle anti-vaccine content online. According to social media firms, false content is described as either being disputed or misleading and have been actively removing such posts as per the terms of their contract, the article highlighted. 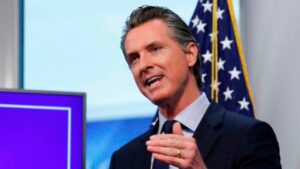 California authorities travel to Hawaii as they tell residents to stay home, report California lawmakers are reportedly descending on a week-long policy conference in Hawaii as the Golden State urges its citizens to refrain from travel and indoor gatherings. According to the San Francisco Chronicle, the Independent Voter Project (IVP), which is hosting the conference, declined to name the fewer than 20 lawmakers, who collectively came from California, Texas, and Washington. The conference is taking place at the Fairmont Kea Lani in Maui, where rooms reportedly run $600 and over per night, with policy discussions and “schmoozing” with corporate sponsors, the Chronicle said Monday. Its website says the event is four days long and the purpose “is to provide a setting, away from the Capitol, for elected officials and a diverse group of industry experts to consider policy matters in a nonpartisan manner.”

Hi listening UK via podcast ! So always couple days behind ! Would love to listen on live but never a good time but thanks for your great work – heard mention you’re on parler ? I have tried searching but cannot find – what is the name ? This is the problem I’m finding – now people are coming away from the four old social media platforms they are not as easy to find – names are often changed or registered slightly differently & i spend a lot of time just searching where groups : people are. The issue has always been if you don’t know about a group or someone unless someone else shares or mentions you dont know they exist. I think more groups like you should do what you do – promoting others work but it would be so useful to have a site or somewhere where it shows all the up to date links for them etc from one place or maybe more people from their own sites should all agree to promote a handful of other like minded sites then slowly the on going effect would get everyone’s work out there ? You guys are open & generous with your help & knowledge but sadly others are not too keen on competition !
Fingers crossed the world will change & sharing is caring & what you give out – will come back in abundance
Romani-Jo De-morgan

Hi Guys,
Could you please speak to what exactly Limbic Arc does or what it doesn’t do? For example- does it take the place of taking vitamins such as Selenium, chromium, silica, A,C,E,D,etc.
Thank you Bill 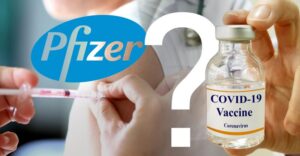 Pfizer Vaccine 90% Effective Claim Unsubstantiated by Peer-Review Journals and World Health Organization It won’t have escaped you that the airwaves are currently booming with news from an interim report of the Phase 3 trial on the Pfizer-BioNTech mRNA-based vaccine, snappily named BNT162b2. It’s one of 48 vaccines under clinical evaluation that aims to protect against COVID-19. The primary source of the news, headlined by a “90% effective” claim, isn’t a peer reviewed journal article. Nor is it the World Health Organization (WHO). Rather, it’s a media release issued on Monday by Pfizer, the commercial partner linked to the young German biotech company BioNTech, that developed the vaccine. The news that the vaccine has been shown to be “90% effective” has sent Pfizer stocks flying, and caused the company’s recently appointed, ex-veterinarian chairman, Dr Albert Bourla, to sell off 62% of his personal stock in Pfizer. The share sale was apparently tripped by an automated system set up in August when the share value hit a given price. Pfizer was conspicuous, given its position as one of the largest drug companies in the world, in excluding itself from the U.S. government Operation Warp Speed. The downside for Pfizer was that it didn’t benefit from the U.S. government (= taxpayer) funding support that the likes of Moderna, Johnson & Johnson and Astra-Zeneca have been privy to. But don’t feel too bad, BioNTech received funding from the German government. The plus side for Pfizer was that it didn’t need to be dictated to by others, and it didn’t need to data share or have its data analysed by a shared, Operation Warp Speed data monitoring committee. Remember this as you read on. 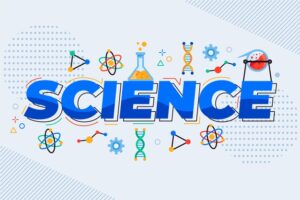 Science Denial and COVID Conspiracy Theories – Potential Neurological Mechanisms and Possible Responses The US public health response to coronavirus disease 2019 (COVID-19) has been dismal, characterized by antimask behavior, antivaccine beliefs, conspiracy theories about the origins of COVID-19, and vocal support by elected officials for unproven therapies. Less than half of the people in the US heed health recommendations to wear a mask when out in public.1 Antiscience rhetoric has consequences. While only 4% of the world’s population resides in the US, the US has accounted for 20% of the world’s deaths related to COVID-19 and has performed less well than several other wealthy nations.2 Low science literacy contributes to denial of science. The relationship between antiscience viewpoints and low science literacy underscores new findings regarding the brain mechanisms that form and maintain false beliefs. COVID-19 science is complex, and the public is presented with a dizzying array of graphs, statistics, and proposed therapies. Also, communications by scientists changed as they learned about the infectivity and virulence of COVID-19, exacerbating mistrust of scientists by some. In 2015, in a survey of 11 000 12th-grade students who took the National Assessment of Educational Progress (NAEP) science assessment, only 22% were proficient or better in science, and 40% were rated as having “below basic knowledge.”3 Education matters. In a study that included 9654 US adults, 48% of those who had a high school education or less believed there was some truth to the conspiracy theory that COVID-19 was planned but only 15% among those with some postgraduate training endorsed this idea.4 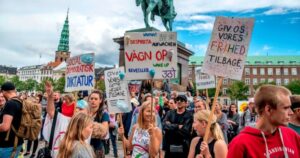 Forced Vaccination Law in Denmark Abandoned After Public Protests A law in Denmark that would have given authorities the power to forcibly inject people with a coronavirus vaccine has been abandoned after nine days of public protests. The ‘epidemic law’ would have handed the Danish government the power to enact mandatory quarantine measures against anyone infected with a dangerous disease, but it was the part about vaccinations that caused the biggest uproar. “The Danish Health Authority would be able to define groups of people who must be vaccinated in order to contain and eliminate a dangerous disease,” reports the Local. “People who refuse the above can – in some situations – be coerced through physical detainment, with police allowed to assist.” However, after nine straight days of protests against the new law, it has now been scrapped. With a coronavirus vaccine within sight, governments across the world are mulling over what punitive measures to bring against those who refuse to take it.Last week we highlighted how both Ticketmaster and airline companies are considering barring people from entering venues and flying if they cannot prove they have taken the vaccine.