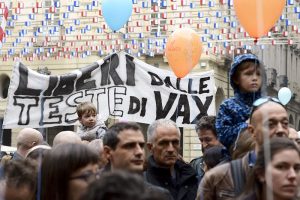 Italian scientists protest funding for vaccine-safety investigation Some scientists in Italy are up in arms over a donation from the organization that oversees the nation’s professional biology qualification to an advocacy group that opposes the country’s policy of mandatory childhood vaccination. The news comes as Italian politicians debate whether to continue with the mandatory vaccination policy, which was introduced in 2017 and requires parents to provide proof of ten routine vaccinations when enrolling their children in nurseries and preschools. The group, Corvelva, announced that it had received €10,000 (US$11,350) from the Italian National Order of Biologists (ONB) on 26 October and says that it plans to use the money for research that investigates the safety and efficacy of commonly used vaccines. Corvelva says that the research it proposes is necessary because previous studies it has funded, which have not yet been published in a peer-reviewed journal, indicate that some vaccines contain impurities, or lack the active ingredients they claim to contain. 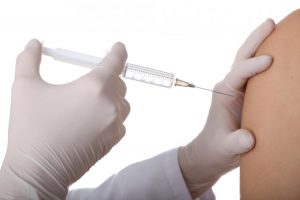 Your brain hates the flu shot. Get one anyway If humans were perfectly logical creatures, we’d all get flu shots. They are easy to find, usually free, and undeniably effective. In the 2016-2017 flu season alone, they prevented an estimated 5.3 million cases of the flu. Yet less than half of Americans get the shot, proof positive of the enduring irrationality of our species. Some of that gap is due to misinformation. But rejection of the flu shot is about more than just celebrity retweets of bad science about vaccines in general. In many ways, the flu shot violates our understanding of how medicine works in ways that tickle the irrational parts of our brains. For example, people expect medicine to make them feel better. So minor side effects are usually ignored, since most medicine is taken when you already feel lousy. But not the flu shot. You get it when you’re feeling healthy, and it makes some people feel a little sick. 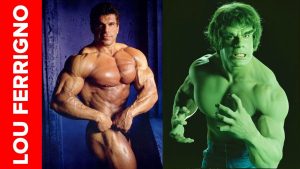 ‘The Incredible Hulk’ Star Lou Ferrigno Hospitalized After Vaccination Gone Wrong The IncredibleHulk star Lou Ferrigno was hospitalized on Wednesday after a routine vaccine shot went wrong, RadarOnline.com can exclusively reveal! The bodybuilder — best known for portraying the huge green superhero on the TV from 1977 to 1982 — went to his local pharmacy for a pneumonia shot on Wednesday, but it was administered wrong and his bicep blew up — landing him in hospital. His wife Carla exclusively told Radar: “He came back from the pharmacy and his arm was really hurting and it just got worse and worse so he had to go to the hospital. “They hooked him up to all sorts of drips and treated him and it went down. He’s out now, but it wasn’t a great experience. “He’s much better which is good because he’s going to be honored at a black tieOpens a New Window. event in Hollywood tonight, we’re walking the red carpetOpens a New Window.!” 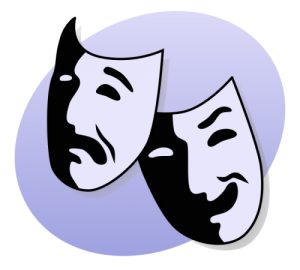 Probiotics could help millions of patients suffering from bipolar disorder About 3 million people in the US are diagnosed every year with bipolar disorder, a psychiatric condition characterized by dramatic shifts in mood from depression to mania. Currently, the standard treatment includes a combination of psychotherapy and prescription medications such as mood stabilizers and antipsychotics. However, an emerging field of research is exploring the use of probiotics—often thought of as “good bacteria”—as a potential new avenue for treatment of bipolar and other psychiatric mood disorders. And a new study from Baltimore’s Sheppard Pratt Health System, conducted by a research team led by Faith Dickerson, finds that a probiotic supplement may reduce inflammation of the gut, which is known to exacerbate bipolar disorder. Probiotic organisms are non-pathogenic bacteria that, when present in the gut flora, are known to improve the overall health of the host.

Gut microbiome may affect some anti-diabetes drugs According to researchers at Wake Forest School of Medicine, bacteria that make up the gut microbiome may be the culprit. In a review of more than 100 current published studies in humans and rodents, the School of Medicine team examined how gut bacteria either enhanced or inhibited a drug’s effectiveness. The review is published in the Dec.11 edition of the journal EBioMedicine. “For example, certain drugs work fine when given intravenously and go directly to the circulation, but when they are taken orally and pass through the gut, they don’t work,” said Hariom Yadav, Ph.D., assistant professor of molecular medicine at the School of Medicine, a part of Wake Forest Baptist Medical Center. “Conversely, metformin, a commonly used anti-diabetes drug, works best when given orally but does not work when given through an IV.” 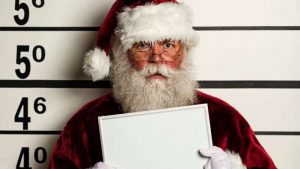 Santa on the naughty list after ‘swearing at children’ A Santa Claus has been criticised by parents after he allegedly swore at children. The Santa, whose human alias has not been revealed, had been in his grotto at a family event in St Ives, Cambridgeshire, when fire alarms were activated by smoke from another event nearby. Parents said the festive favourite had then “ripped off his hat and beard” and “used the most vile language”, shocking the dozens of children who had been waiting to meet him. One told Cambridgeshire Live: “People were in the process of vacating the building and in came angry Santa swearing using the most vile language, ripping off his hat and beard with steam literally coming from his ears…not sure why he was so cross?” Another parent said: “My friend’s little boy was upset as his dad was carrying him when Santa told them to ‘get the f*** out’. 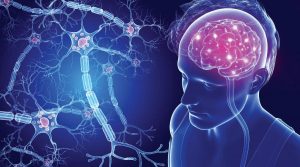