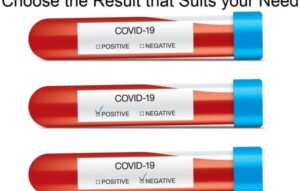 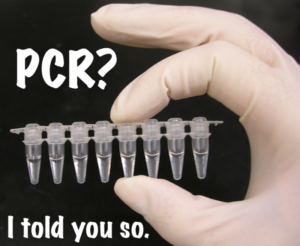 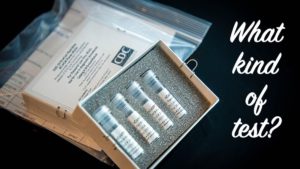 PCR test revelations from official literature; they expose their own lies Here is another article in my series exposing the COVID PCR testing fraud. For purposes of discussion, I’m assuming the virus is real, and the case and death numbers are meaningful. Within that official world, the internal contradictions and lies are huge. QUICK OVERVIEW The lockdowns are based on high levels of COVID cases. “We have so many new cases, we have to lock down.” This claim is based on the diagnostic PCR test. The more tests you do, the more positive results come up. A positive result is taken to mean: the person is infected with the virus. But overwhelmingly, these so-called “infected” people have no symptoms. They are healthy. Nevertheless, each one is called a “COVID case.” This is absurd. A case should mean the person has clinical symptoms; he is sick. These people aren’t sick, and there is no indication they will get sick. So…expand testing, test millions of people, obtain results claiming “infection,” call all these healthy people “cases,” and order lock downs. This is a straight-out con. The real goal is lockdowns and economic devastation. 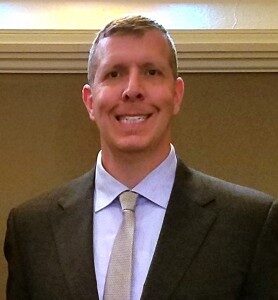 Attorney Thomas Renz is the lead Attorney in 3 major cases brought in Ohio, New Mexico, and Nationally against the CDC and HHS regarding the unconstitutional COVID-19 lockdowns, mask

mandates, business closures and more. His focus is serving justice with integrity at Renz Law Firm.  Renz Law has been hired to fight for the rights of Americans by ensuring that the Constitution is honored during the response to COVID-19. While Tom recognizes that this fight is controversial, he believes it simply should not be. The Constitution of the United States does not allow for states to disregard the rights of American citizens without meeting the appropriate levels of judicial scrutiny. For fundamental rights, the State bears the burden of proof and must ensure our rights are only limited to the extent necessary to achieve a compelling governmental interest. Renz says “That simply is not happening.”  Websites:  www.OhioStandsUp.org    MakeAmericansFreeAgain.com 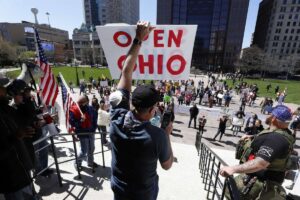 YouTube removes Ohio committee video, citing misinformation Legislative testimony made Wednesday in support of a GOP-backed effort to limit public health orders made by Ohio’s governor was removed from YouTube after the service deemed it contained COVID-19 misinformation. The Google-owned platform said it removed content that was uploaded this week to The Ohio Advocates for Medical Freedom channel for violating the company’s terms of services. The video showed Thomas Renz, an attorney for Ohio Stands Up, a citizen group, make the opening testimony during a House committee hearing on a bill that would allow lawmakers to vote down public health orders during the pandemic. In the more than 30-minute testimony, Renz made a number of debunked or baseless claims, including that no Ohioans under the age of 19 have died from COVID-19 — a claim that has been debunked by state data. “We have clear Community Guidelines that govern what videos may stay on YouTube, which we enforce consistently, regardless of speaker,” Ivy Choi, a spokesperson for Google, told The Associated Press. “We removed this video in accordance with our COVID-19 misinformation policy, which prohibits content that claims a certain age group cannot transmit the virus.” In an email response, Renz told AP, “ We strongly stand behind our claims and are considering our options,” and asserted that the group’s data is supported by scientific research. 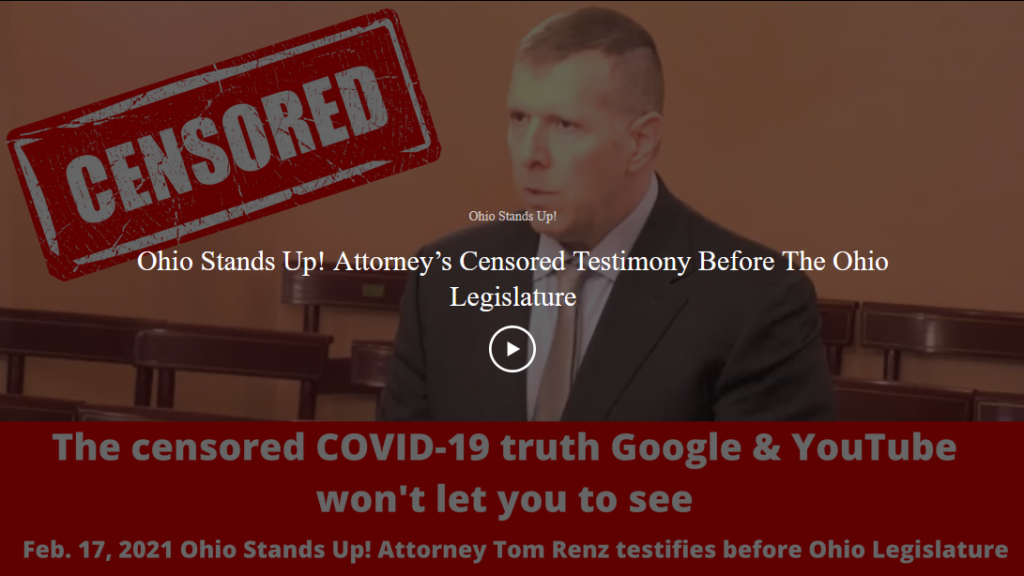