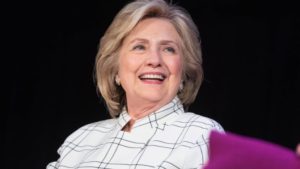 Bloomberg is considering Hillary Clinton as his running mate, says Matt Drudge Presidential candidate Mike Bloomberg is considering Hillary Clinton as a vice presidential running mate after positive internal polling about the potential pairing, according to the Drudge Report, which cited sources close to the Bloomberg campaign. According to Drudge, in such a partnership Bloomberg would change his official residence from New York to Colorado or Florida. The constitution suggests there may be limitations in both members of a presidential ballot residing in the same state. Jason Schechter, director of communications for the Bloomberg campaign, said in a statement to CNBC: “We are focused on the primary and the debate, not VP speculation.” A spokesperson for Clinton did not immediately respond to a request for comment. 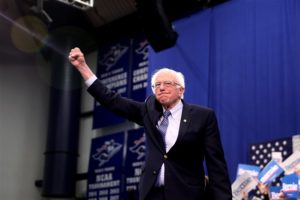 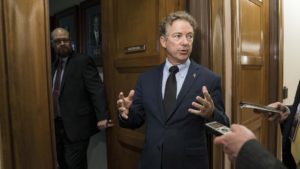 YouTube removes clip of Rand Paul reading alleged name of Ukraine whistleblower on Senate floor YouTube removed a video of Sen. Rand Paul (R-Ky.) reading the alleged name of the Ukraine whistleblower on the Senate floor as senators debated President Trump’s impeachment earlier this month, Politico reports. The state of play: The Kentucky senator has been at the forefront of the push to name the whistleblower for months — a fight that triggered a schism between Trump allies and moderates in the GOP.

The Senate just voted to move forward with a vote on our war powers resolution. This bill sends a very powerful message to the American public—including our troops and their families—that before we get into a war, there will be careful deliberation about whether it’s necessary. 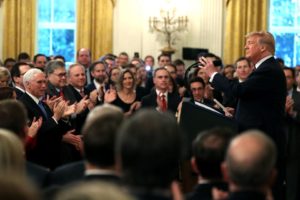 Exclusive: Trump’s New War On Wasteful Spending — An Advance Draft Of The President’s Budget To Congress President Donald Trump is taking action to declare war on waste. This week, we reviewed an advance copy of the President’s Budget FY2021 that will be submitted to Congress on Monday, February 10th. The president’s budget includes a bold and detailed chapter on curbing waste, fraud, corruption, and taxpayer abuse. Our organization at OpenTheBooks.com has advocated these goals from the pages of The Wall Street Journal and USA Today. With the national debt standing at $23.2 trillion and annual budget deficits of over $1 trillion, we applaud the president for starting a war on waste. 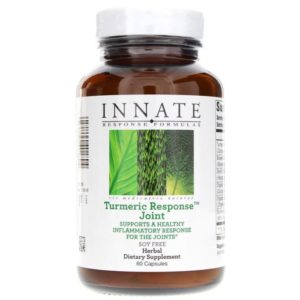 Turmeric Response Joint from Innate Response is an herbal supplement that supports healthy joints and mobility.