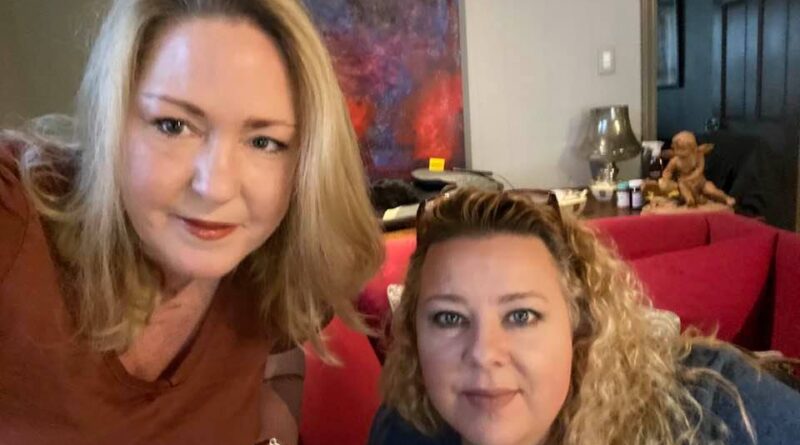 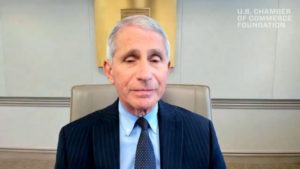 Fauci says Covid-19 vaccine allergic reactions are concerning, but are likely “unusual and rare” While the significant allergic reactions that two health care workers in the United Kingdom experienced after receiving Pfizer’s Covid-19 vaccine are of concern, Dr. Anthony Fauci said on Wednesday that such a reaction is likely “unusual and rare.” The UK’s Medicines and Healthcare products Regulatory Agency said on Wednesday it was “fully investigating” those two cases. “It obviously, Sanjay, is of some concern because there are people who have what’s called allergic diathesis or tendencies to get allergic reactions,” Fauci, director of the US National Institute of Allergy and Infectious Diseases, told CNN’s Dr. Sanjay Gupta during a Harvard T.H. Chan School of Public Health virtual event on Wednesday. Yet “it likely is an unusual and rare effect but clearly everyone now is aware of that and will be looking at that — and particularly taking care of people who do have underlying allergic phenomenon, that they may be cautious about vaccination or at least be prepared to respond with some sort of anecdote to the reaction,” Fauci said. Fauci added: “If I were a person that had an underlying allergic tendency, I might want to be prepared that I might get a reaction and therefore be ready to treat it.” 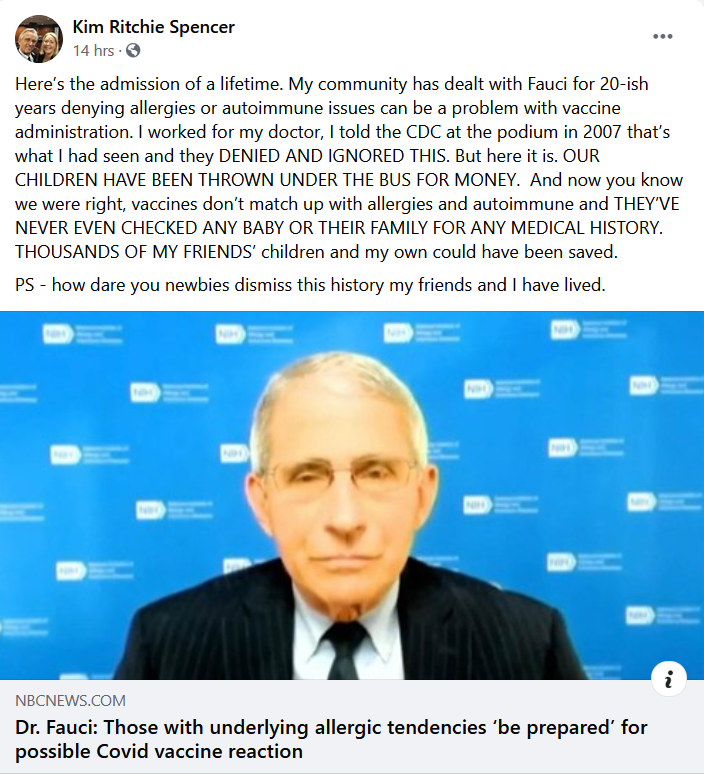 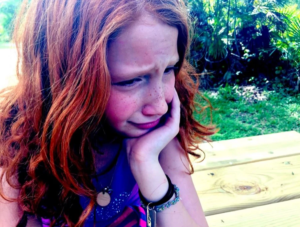 Cambridge Study: Children’s Mental Health Deteriorated ‘Substantially’ During Lockdown A new study by researchers at the University of Cambridge finds that the government-imposed lockdowns in response to the coronavirus pandemic cause significant harm to children’s mental health. The study, published this week in the Archives of Disease in Childhood, was the first of its kind to analyze data on younger children’s mental health before and during the first lockdown in the United Kingdom last spring. Following 168 children between the ages of 7 ½ and 11 ½, the researchers conclude: “During the UK lockdown, children’s depression symptoms have increased substantially, relative to before lockdown. The scale of this effect has direct relevance for the continuation of different elements of lockdown policy, such as complete or partial school closures.” They continue: “Specifically, we observed a statistically significant increase in ratings of depression, with a medium-to-large effect size. Our findings emphasise the need to incorporate the potential impact of lock-down on child mental health in planning the ongoing response to the global pandemic and the recovery from it.” 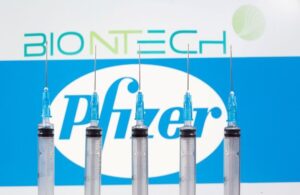 UK BRACES FOR PFIZER’S EXPERIMENTAL SHOT Last week, the United Kingdom jumped in front of all other Western nations when it was the first to give emergency approval to Pfizer’s experimental Covid vaccine. As Pfizer’s novel injectable product got the green light from Britain’s Medicines & Healthcare products Regulatory Agency (MHRA), The New York Times wrote: “European regulators on Wednesday cast doubt on the rigor of Britain’s review and said that the authorization was limited to specific batches of the vaccine, a claim that Pfizer denied and British officials did not address.” Echoing the doubt in part was Switzerland’s medical regulator Swissmedic publicly declared necessary information was lacking, and it would not sign off on three different coronavirus vaccines [Pfizer, Moderna and AstraZeneca’s] ordered by the Swiss government. Swissinfo.ch noted: “The regulator said important data on safety, efficacy and quality are still missing. It has reached out to the manufacturers, who provided data from their studies.” At a press briefing last Tuesday organized by the Federal Office of Public Health., Swissmedic’s Claus Bolte threw down the gauntlet: “We lack data on the effectiveness of the clinical trials and on the important subgroups that participated in these large studies,” Bolte, head of the authorization division, explained as Swissmedic demurred from endorsing the unproven jabs. Nevertheless the UK marched forward with their strategy, echoed by most nations around the  world, to target frontline health workers and everyone who lives or works in long term care facilities, for the first round of experimental vaccines. Swaths of the medical community are increasingly hesitant at being… steamrolled? Socially pressured? Coerced? Given an offer they can’t refuse?…into becoming Phase 4 Post-Marketing data points for Pfizer’s experimental vaccine – and for good reason! 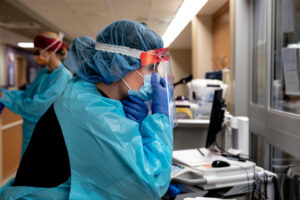 Frontline Health Workers: From Heroes to Vaccine Hesitant Public Health Threats UPDATE (12/1): The Advisory Committee on Immunization Practices has voted 13 to 1 in an emergency meeting to make the recommendation that residents and employees of nursing homes health care workers be the first to receive coronavirus vaccines. It’s the final countdown!  Moderna, Pfizer and AstraZeneca’s Covid vaccine candidates are on their way to emergency use authorization (EUA) consideration. Experimental messenger RNA (mRNA) vaccine technology, rushed through trials, with public-facing scientific transparency and disclosures coming via public relations press releases. What’s to fear? Officials are now targeting the world’s frontline health workers as their ‘post-marketing data’ cohort – the unofficial 4th phase of Covid vaccines trials. But the frontline health workers…they’re not so sure. During his Thanksgiving video teleconference, Donald Trump said Covid-19 vaccines would be sent “on the next week or week after” to “frontline workers and seniors.” Similar plans have been announced from Texas to California, from Scotland to UK and from Canada to India. But the news is now noting how frontline health workers have suddenly become ‘vaccine hesitant.’ Early in the coronavirus response, the media held up frontline health workers as heroes who could do no wrong. That all changed in July 2020 during the America’s Frontline Doctor’s Summit when those same heroes began going off-script, speaking of the beneficial effects of early therapeutics like Hydroxychloroquine. The media-Big Tech hammer and sickle operation immediately went to work. It censored these now-former medical heroes and their message. 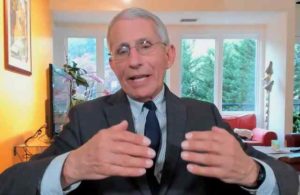 False Positive Covid Tests Will Extend Unjustified Lockdowns, Fauci Admits ‘Miniscule’ Accuracy Whether you live in the USA or most of Europe, one thing remains true: Covid-19 testing regimes are being aggressively pushed onto populations. Masked populations in some countries have been told (again) they cannot leave their homes. Economies and personal lives remain stunted and manipulated by government edicts. The ticket to a ‘new normal’ freedom has been dangled: A PCR Covid test. In February, according to NPR, an internal review at the Centers for Disease Control and Prevention (CDC) confirmed Covid tests could be wrong 33% of the time – but CDC sent them out across the country anyway. But that’s not the whole story of the CDC’s issues with quality control. Timothy Stenzel, director of the Food and Drug Administration’s (FDA) Office of InVitro Diagnostics and Radiological Health, visited the CDC’s respiratory disease lab and found sloppy lab protocols. Months latter, Stenzel’s own agency was disgraced as they approved tests for Emergency Use Authorization without even the most basic vetting. The FDA’s policy required only that companies attest their product was valid and labeled as unapproved. The result was a flood of 170 tests—many from China, which only complicated the problem.That’s bad, but here’s the real story. 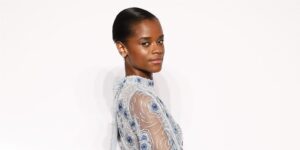 Letitia Wright deletes social media accounts after posting anti-vax video “Black Panther” star Letitia Wright appears to have deleted her Twitter and Instagram accounts after receiving backlash regarding a video she posted on the platform Thursday night. The video, which was from the YouTube channel “On The Table,” questions the legitimacy of the COVID-19 vaccine. It also appears skeptical of climate change, accuses China of spreading COVID-19 and includes transphobic comments. Wright tweeted the link to it on Thursday night with the prayer hands emoji, and it was deleted shortly thereafter. YouTube has also removed the video in question for violating its terms of service. Now, Wright’s entire Twitter account seems to have been deleted, with the handle @LetitiaWright yielding a “This account doesn’t exist” flag when one searches for it. Her Instagram account also appears to have been deleted. Wright responded to the backlash on Friday, writing, “my intention was not to hurt anyone, my ONLY intention of posting the video was it raised my concerns with what the vaccine contains and what we are putting in our bodies…Nothing else.” Earlier, Wright had also tweeted: “If you don’t conform to popular opinions. but ask questions and think for yourself….you get cancelled.”